The Power of Faces, portraits of refugees show dignity

A photo project by Daniel Farber Huang and Theresa Menders titled "The Power of Faces: Looking at the Global Refugee Crisis," portrays men, women, children, and entire families in Greek refugee camps in order to bear witness to the migratory crisis that has been taking place in recent years.

The project aims to show "people with courage, beauty, dignity and grace" and to raise worldwide awareness on the situation of refugees.  "The United Nations has called the global refugee crisis the greatest humanitarian crisis of our time", the photographers said on their website. "According to the UN, 65 million people have been forced to flee their homes due to conflict or persecution. We have a very hard time comprehending what a massive scale of humanity 65 million people even means. And if we can't comprehend it, how can we work to help solve it? We start one face at a time".

The photographers went to the Greek island of Chios to tell the story of the refugees' situation. In the summer they visited the Souda and Vial refugee camps. "We realized that most everyone had lost their treasured family photos when they fled their homelands, and we wanted to give something back this trip," they said on their website. "Heading to the camps, we brought several portable photo printers, our favorite orange backdrop and a couple hundred pounds of gear, printer paper, ink and folio frames. We gave people framed portraits for them to keep. 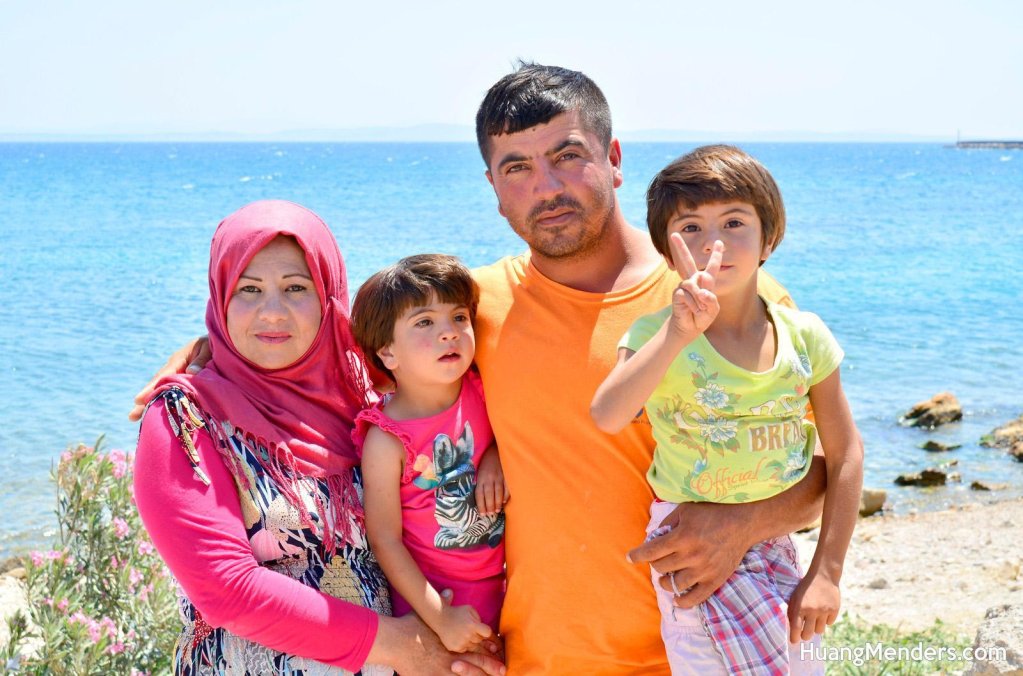 We intentionally cropped out the context of the refugee camp to focus on the individuals, not their label as merely 'refugee'".  After several days of work, the photographers had taken more than 1,500 images, from single portraits to family photos of those who had fled their own countries by crossing the sea."Many people asked to take their portraits against the backdrop of the Aegean Sea, the very body of water they risked their lives crossing to reach Greece," the photographers said.
"The enthusiasm for this portrait project was incredible. So many people were genuinely appreciative to receive proper pictures of their loved ones and friends". The photographers said they plan to continue the project in the future at other refugee camps around the world. "Our goal is simple. We show people with courage, beauty, dignity and grace". (Photo credit: huangmenders.com)