What does it mean to seek refuge? A unique "sharehaus" in Berlin tries to address that question by opening the doors of its urban paradise to migrants and other newcomers that seek to live amid a support network.

Kreuzkölln is a rather special neighborhood in Berlin where the hipster chic of Kreuzberg mixes with the multicultural flavors of Neukölln. The area is considered prime real estate for many newcomers to the German capital. Berlin's housing shortage, however, means that there rarely are any new properties available in this desirable neighborhood.

Among those fortunate enough to claim this hip area as their home-address are about 40 migrants who live at the Refugio sharehaus - a community that caters for all levels of support needed.

"Refugio provides refuge, community and renewal for wanderers of different cultures," the facility explains online. Julia von Schick, who has been coordinating events and public relations for Refugio since the beginning of the year, agrees:

"It's an amazing community of people, and an incredible success story of integration, I think. People lose their prejudices and learn to accept each other."

A place for everyone - where everyone has a place

The building housing Refugio is about a century old. Its five floors have survived wars and famine - much like many of its current residents. People have their private quarters but share communal facilities from kitchens to meditation and worship spaces. They are prompted to plan many aspects of their lives together as a collective - at a time when they are dependent on such support network . 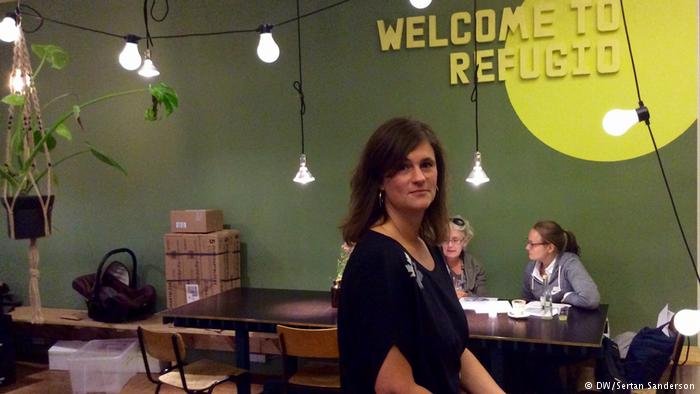 "We do communal dinners a few times a week. On Mondays we offer meditation sessions, on Tuesdays we have a prayer meeting, which isn't limited to any particular religion. Many of our residents take part in that. On Sundays there's a church service. We have had some of our Muslim residents even come to that, mainly just observing. On the other hand, we all have shared in Ramadan meals together as well. So this is the kind of open-minded spirit we encounter here," von Schick explains during a tour of Refugio's lush rooftop garden.

The garden is a refuge in its own right: residents enjoy this urban oasis, grow some herbs and use the barbecue facilities all while enjoying enviable views across Berlin. Those who lack green thumbs have many other ways that they can contribute to the community. Refugio thrives under the democratic motto that "nobody is poor or or unable, and nobody is worth less or more than the other." 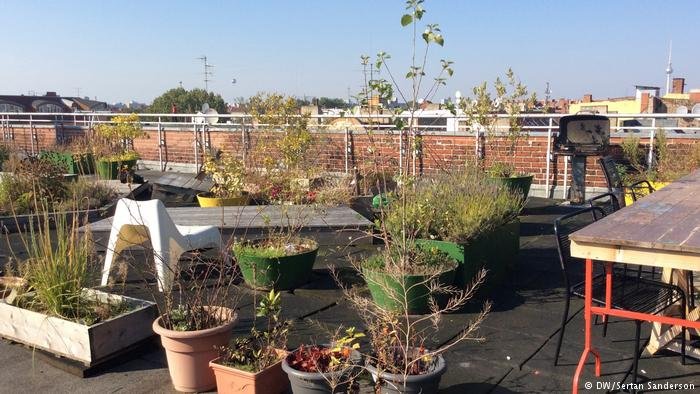 This attitude is communicated in many levels: no one is viewed as a refugee or migrant but rather valued as a "newcomer."

"We mostly have Syrians and Somalians, but also a few Afghans and Turks. It's all a mix. Very international," von Schick stresses.

"Of course, we don't all get along all of the time, but we try. And the problems we tend to have are the typical ones that anyone, who has ever lived in a shared house, will be familiar with: things like keeping the kitchen clean or taking shoes off in certain places. But all those things also carry opportunities to foster more tolerance. I, for one, have learned a lot from the community spirit of this place. And I hope that all the people living here and coming from all different kinds of cultures are also learning new things for life."

An alternative way of living

Refugio provides a stark contrast to the government facilities used to house refugees, especially the first-arrival centers, where overcrowding and lack of privacy create major challenges. Human rights organizations have critiziced these conditions, saying they were further traumatizing individuals who have already suffered major trauma on their journeys to Europe. Julia von Schick believes that Refugio provides an alternative way, allowing migrants to be more successful in starting a new life:

"I think there are two factors why the people here seem to cope better with their new lives," von Schick says. 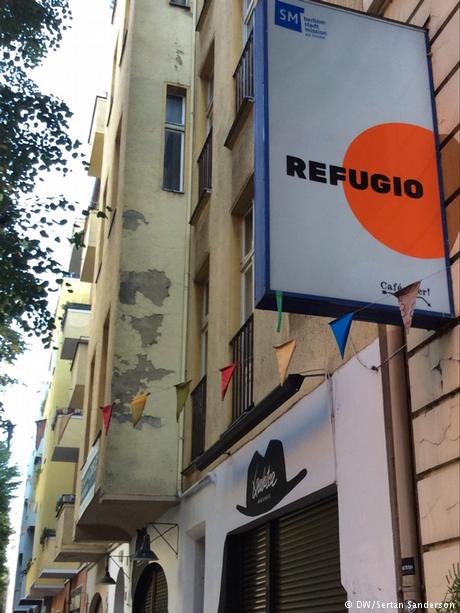 "The one thing is that they feel at home. The other is that arriving to an established community also has a major positive impact, I believe. However, coming from war, many people are scarred nonetheless. Some even display typical symptoms of post-traumatic stress.

"I rarely ask them directly about their pain but I will listen if they want to share. However, I believe the full scale of trauma that these people have undergone will still take a long time to heal."