Brussels residents make sure no migrants are sleeping rough

An estimated 600 migrants are currently living in the streets of Brussels. In response, city residents have come together to set up a system of homestays and a citizen association has opened up a shelter. The result? Thanks to the people of Brussels, no migrants have to sleep rough.

It's 8pm on a freezing February evening and people are gathering in Maximilien Park, located about 600 meters from the Brussels-North railway station, one of the city's largest. In just a few minutes, a group of about a hundred people has assembled.

Both migrants and Brussels residents stand together, awaiting instructions from volunteers with the Citizen Platform to Support Refugees (In French, Plateforme citoyenne de soutien aux réfugiés.) It's in this park that, each night, members of this organization help migrants to find shelter in the homes of willing Brussels residents. NGOs estimate that there are about 600 migrants who are currently homeless in the Belgian capital. But, thanks to these dedicated citizens, no migrant in Brussels is forced to sleep rough.

There's a good-natured atmosphere in the park. A group of Belgians stand together, chatting, while several migrants warm up by eating soup prepared and served by volunteers with the association Cuistots solidaires (which translates to Cooks in Solidarity). 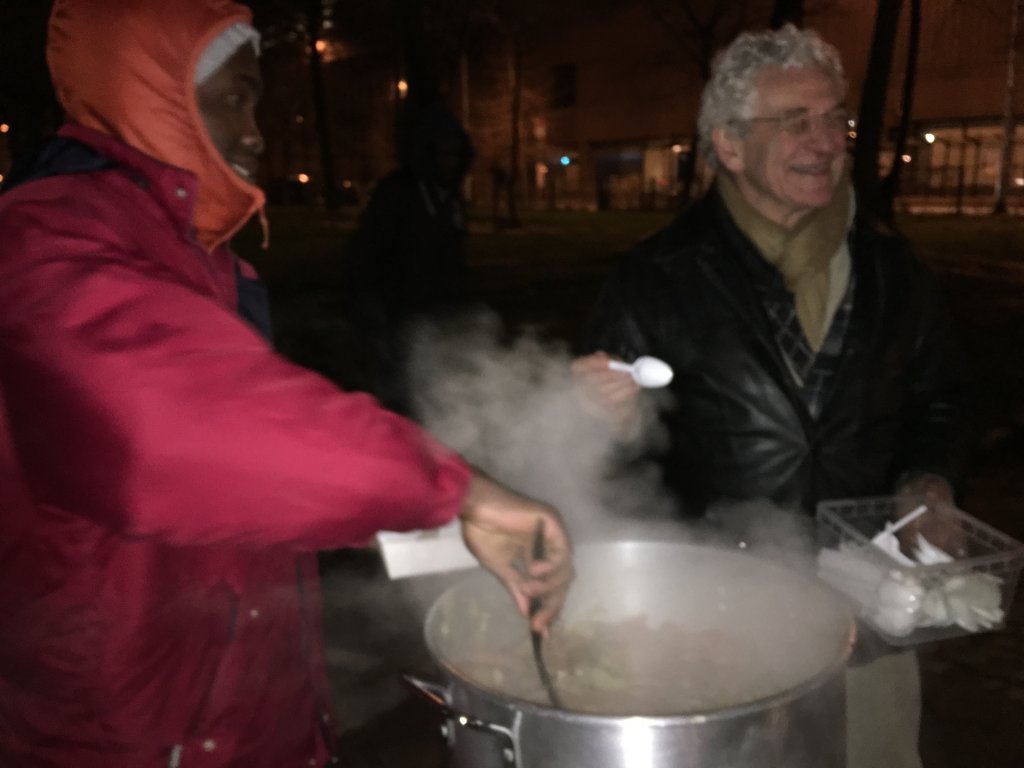 "How many people can you take tonight?" Mehdi Kassou, the spokesman for the Citizen Platform, asks a Belgian couple.

"One or two," say Marie-Eve and Karim, who are hosting for the first time.

She says she couldn't imagine letting young people sleep outside when the temperature is plunging well below freezing and she "has room in her apartment."

Hervé and Tanguy, two other volunteers, agree with Marie-Eve.

"We were born on the right side of the fence so we came to help," the two friends say together.

Karim and Marie-Eve don't share the same political ideas and "don’t march in the same protests" as Hervé and Tanguy, but they agree on one thing: "It has nothing to do with politics. It is simply about showing some humanity," says Hervé. 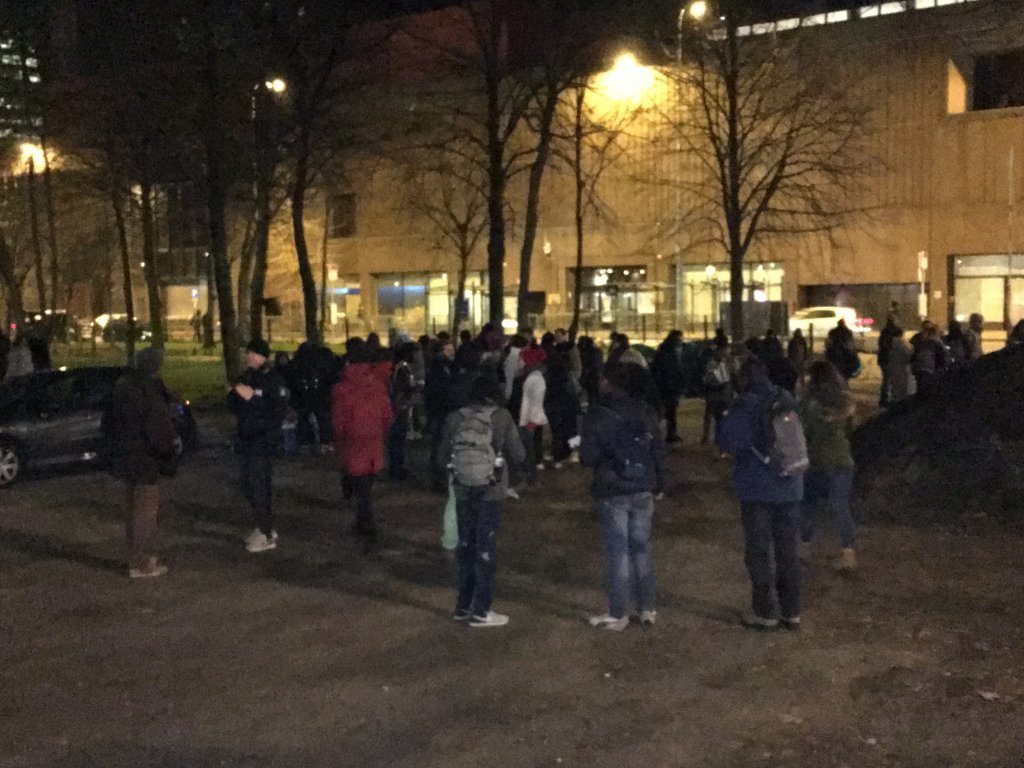 The Citizen Platform, which is behind this effort, has built a network of 10,000 hosts since they first launched this operation last July. Each night, they are able to arrange homestays for about 250 migrants.

"My friends told me that it was dangerous. But these migrants are the ones in danger, not me."

Michel, age 68, is a regular at the evening gatherings in Maximilian Park. On this cold February night, he has volunteered to drive two young men to the home of his friend Nicou, who doesn't have a car. Hassan and Houssem, age 21 and 25, are both from Sudan. They will spend several nights at the home of this 76-year-old lady.

When they get to her home, the two young men seem uncomfortable. Nicou, with a big smile, tries to put them at ease.

"Have you had dinner? Do you want some coffee? What do you usually have for breakfast?" she asks them in a motherly voice. 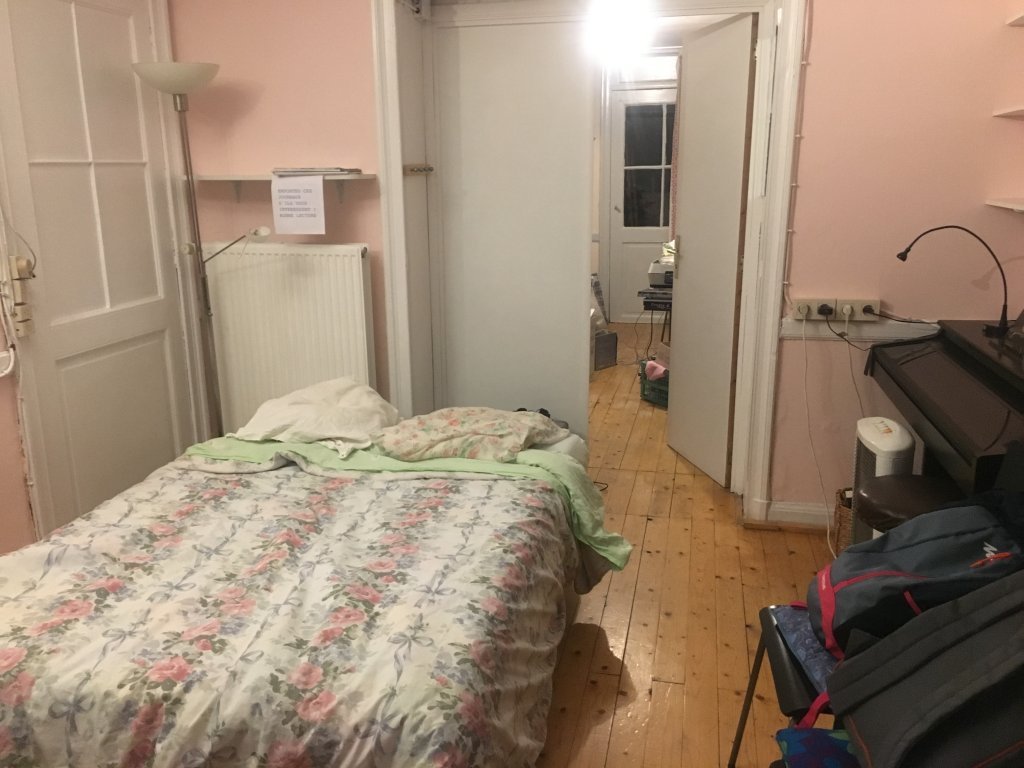 Nicou started helping out last summer, after being shocked by footage that she saw on TV of security forces destroying makeshift camps used by migrants sleeping rough in Maximilien Park. The next day, this stylish woman took a taxi to the camp toting bags of clothes. A few months later, after she had set up her guest room, she hosted her first visitors.

Since then, whenever she can, she opens her door to guests.

"My friends told me that it was crazy, that it was dangerous to welcome strangers into my home at my age," she says. "But it is these young people who are in danger, not me."

On top of organizing homestays, in early December, the Citizen Platform opened up a shelter for migrants, which is open from 8:30pm to noon every day.

"We realized that some people were still sleeping rough because there weren't always enough spaces in people's homes," says Andréas Adkins, the shelter coordinator. 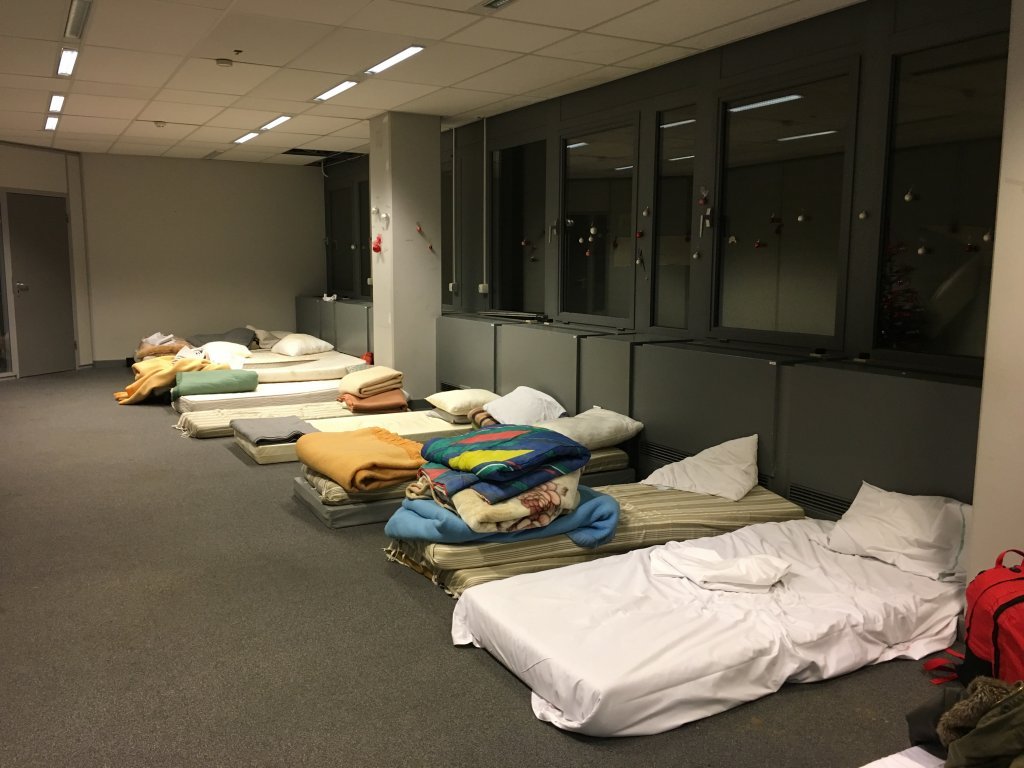 The space, a former office building that has sat empty since 2005, was provided to the Citizen Platform for free by the city of Brussels. There are now 200 beds available each night.

On this cold February night, the center is full, as it is every day, says Adkins.

The Citizen Platform shelter has a pleasant and relaxed atmosphere, quite the contrast to the tense atmosphere that can hang over the humanitarian hub that offers aid and counsel to migrants in the Brussels-North railway station. People here look more relaxed and you don't see the same tense, strained faces. 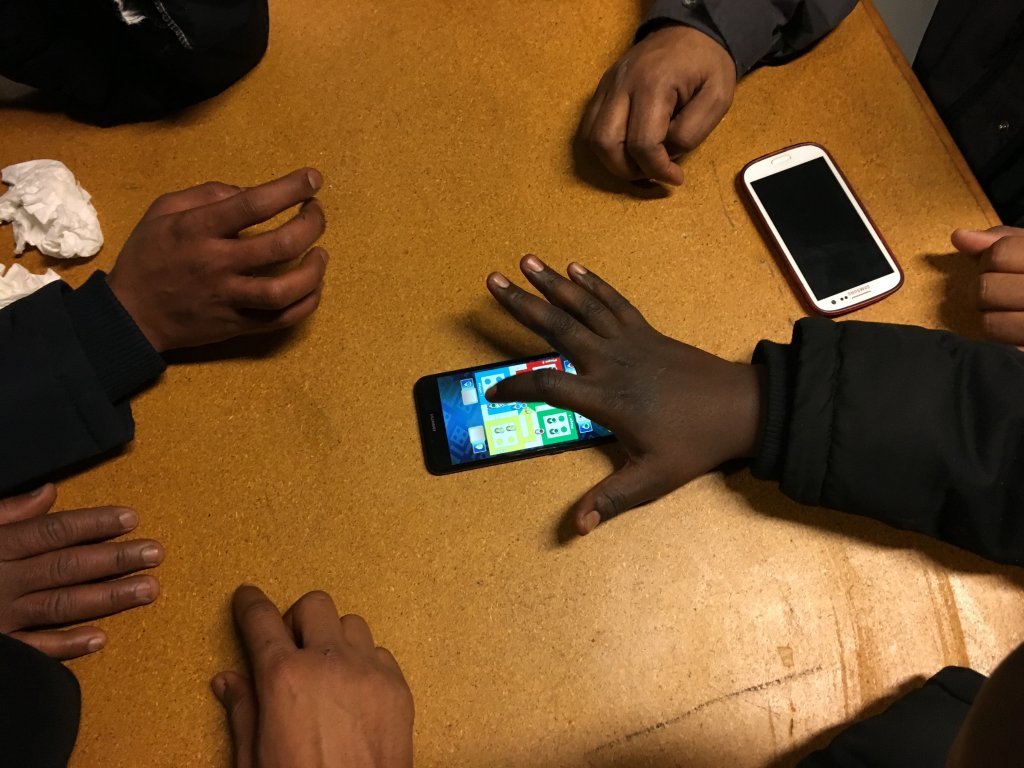 On one side of the room, North Africans dance to raï, a style of folk music originally from Algeria. In another corner, a young man warms up next to a heater while playing a few notes on a guitar. Laughter rings out in the dining hall, which can hold up to 80 people at a time. Some people play dominoes, while other people chat while warming their hands on hot drinks.

On the second floor, where the dormitories are located, some of the men have already gone to bed. Here, these migrants feel safe enough to just be the young people who they are - enjoying a moment of respite from their burdens.

>> If you are in Brussels and don't have a place to sleep tonight, head to Maximilien Park. Volunteers arranging homestays will be there starting at 8pm.