With the growth of social media worldwide, more migrants are using smartphones and mobile apps to navigate their journeys. But do they have anything to fear from surveillance and monitoring of their communications?

The Red Cross did a study in September 2015 - they checked the backpacks of refugees and migrants from the Middle East to Europe. Nearly every one had a smartphone.

As you are reading this, you probably have a smartphone. If you’re a migrant, your phone is probably incredibly important to you. You might have used it to make plans before you left, or to get information en route. But did you ever wonder who else could be accessing your communications, and what they could do with the data?

Smartphones a ‘must-have’ for many migrants

Not all refugees have smartphones - the UNHCR says they are about half as likely as the general population to own one - but for a lot who do, social media and messaging apps provide a lifeline. More and more, migrants rely on Facebook, Twitter, WhatsApp, Skype, Viber, GPS and Google Maps, according to Getting to Europe the ‘WhatsApp’ Way, published by the Danish Refugee Council in 2016. 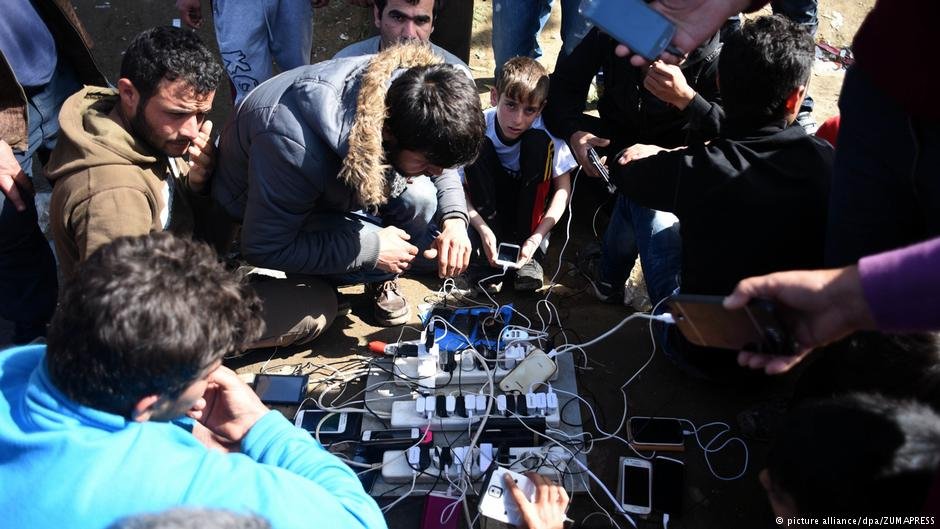 After migration, smartphones become an important part of daily life - they can help with integration in the host country and, most importantly, maintaining ties and supporting family and friends abroad.

All this is a good thing, in that it allows people to keep in touch and to stay informed. The UN even considers access to digital networks and infrastructure as a right, and wants the private sector to subsidize it. Apps and smartphones have long been used by aid organizations themselves, to communicate internally and with people in crisis situations as well as to collect useful data.

But if humanitarian organizations like the Red Cross and the UNHCR can use digital monitoring to help migrants, how big is the risk that others can use it to harm them? Is people’s right to privacy being breached, or worse, could they be risking their personal safety or that of others? 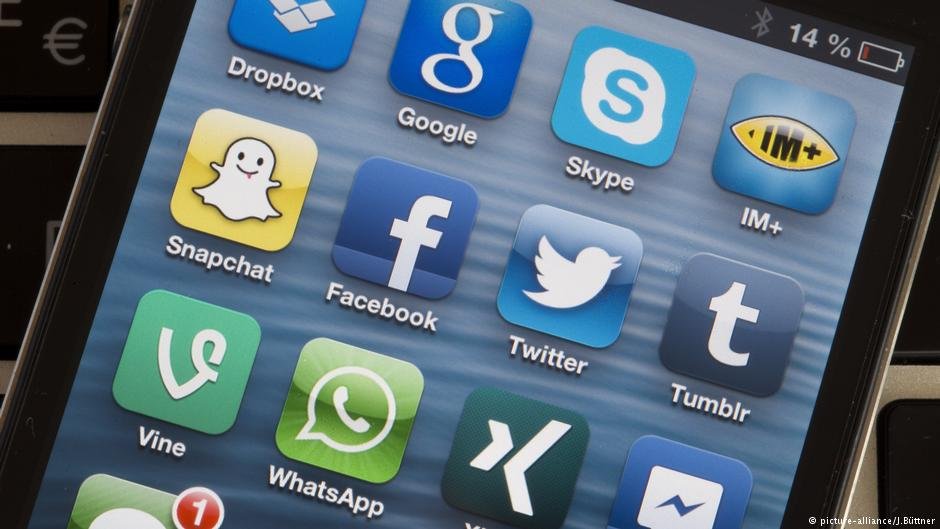 Not all apps are equal

Which apps are secure and which are open to scrutiny from external organizations is a movable feast. For now, WhatsApp is fully encrypted, meaning only the people communicating can read the messages. This makes it a good choice and popular among refugees surveyed by Carleen Maitland, from the College of Information Sciences and Technology at Penn State University.

But even end-to-end encryption does not guarantee that your communications will stay private. If you back up messages to the cloud or your phone is seized, your data could be accessed by someone else.

Professor Marie Gillespie, from the Open University, led a large-scale study of refugees’ use of smartphones. She says on a migrant’s journey, their phone might be taken by police, guards or ISIL fighters, with fatal consequences. “Images, or information on their phones can get refugees killed if they find themselves on the wrong side,” Gillespie says.

Given the extreme liability, many migrants try to protect themselves by sticking to encrypted apps, using pseudonyms and avatars, avoiding open social media groups and changing sim cards as often as possible.

State surveillance - what European authorities can do

Even if there is no immediate danger of a smartphone or its data being seized by militias, at different stages of their journey, as well as when they arrive in Europe, a migrants’ data may also be monitored by the state. According to Carleen Maitland, refugee hosting countries do surveil refugee communities.

InfoMigrants asked the European Commission's Migration and Home Affairs office whether refugees had to hand over their cell phones to authorities. The Commission replied that it was for member states to decide, because EU law did not regulate the issue.

In Germany, according to a spokesperson for the interior ministry, the authorities can only look at the data on a migrant's phone if they can't or won't provide proof of their identity and nationality, such as a valid passport.

The spokesperson, Annegret Korff, told InfoMigrants that only meta data could be obtained, and it could only be used by the German Migration Office, BAMF. Meta data used to mean information about calls and messages, but not the content. But today it is much more, including things like email addresses, websites visited, files downloaded and GPS location information.

A price to pay

Many migrants are very concerned about digital surveillance. Maitland’s research has shown that some fear the authorities in their home country are searching for them. They also fear being sent home by the host country. Syrian refugees interviewed by The Open University and France Medias Monde said they feared reprisals from organizations or governments that may be monitoring social media. “They fear not only for their safety but the safety of family members who are still in Syria”, Maitland says.

However, Maitland says, some people aren’t opposed to their communications being monitored – for example those who come from surveillance states. After all, among the general population, many of us are willing to share our personal data with private companies like Facebook, which said it had 2.2 billion monthly active users at the end of last year.

Maitland says some migrants see surveillance as “a cost they are willing to incur for ease of communication.” If your smartphone is stolen or seized, or you are tracked down because of a Facebook post, you will find out too late that the cost was too high.

But in any event, it's impossible to know exactly what and how much digital information we are giving up. Cybersecurity, law and human rights experts are worried that all of us, not least migrants, are having our right to privacy eroded.