Former refugees at the World Cup

Some of the players on the pitch in Russia had extra obstacles to overcome before taking to the world stage. Among them are two refugees from former Yugoslavia and one Nigerian.

The 32 nations that are competing in the FIFA World Cup feature the best football players in the world. From Christiano Ronaldo's flying headers and zooming free kicks to Lionel Messi's jaw-dropping ball dribbling, the stars have aligned in Russia.

But some of the players were forced to flee from their homes. Some were forced out of their homes from former Yugoslavia, and another found a new home in England after he could not stay in Nigeria. These are just a few of the former refugees who carry their new country's hopes to Russia.

The Croatian captain grew up during the turbulent time of the Croatian War of Independence following the breakup of Yugoslavia. While his father served in the Croatian army, Modric's grandfather was murdered. As the fighting grew more intense, Modric and his family fled to Zadar, where they lived in a hotel for several years. Modric would go out and practice in the parking lot where he was spotted by a coach of the NK Zadar club.

The renowned Hajduk Split club that Modric had wanted to play for since he was a small child considered him too small to play professionally. After he considered quitting the game, he found his way with rival Dinamo Zagreb. He played for the club in the capital city between 2003 and 2008 before moving to Tottenham Hotspur and eventually Real Madrid in 2012. Modric has been a major component of Real Madrid's three straight Champions League trophies, alongside Christiano Ronaldo.

Modric played for Croatia's national side his entire career and played in his first match with the squad in 2006. He took part in the 2006 and 2014 World Cups before qualifying for this year's tournament. The Croation team also competed in Euro 2008, 2012 and 2016, making the quarterfinals in 2008 before Turkey knocked them out in penalties. 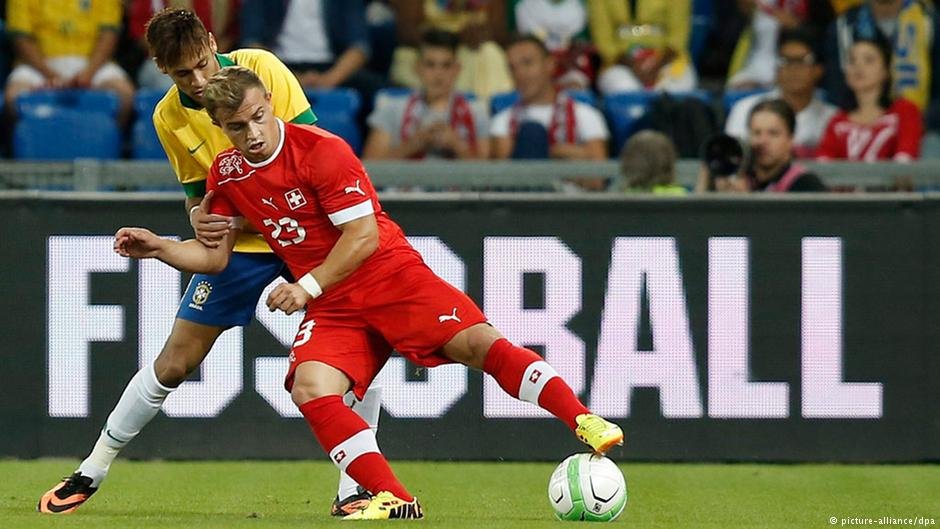 Switzerland's Xherdan Shaqiri was also a victim of Yugoslavia's dissolution. After he was born in Gjilan (now part of Kosovo) his family moved to Switzerland where he joined SV Augst's youth squad. He then joined FC Basel's youth squad and joined their senior squad in 2009. He started playing for the Bavarian giant Bayern Munich three years later, winning two Bundesliga titles and a Champions League title and DFB Pokal (German Cup) before he transferred to Inter Milan in 2015. He now plays for Stoke City, even though the squad was relegated to the Championship following the 2017-2018 season.

Shaqiri has been a regular face on the Swiss national squad since 2010. He was on the roster for the Swiss national team for the previous two World Cups and scored a goal with a stunning bicycle kick from the edge of the penalty box during Euro 2016. Despite making more than 70 appearances for Switzerland, he has not forgotten his homeland, once draping himself in a Kosovo flag following a match. 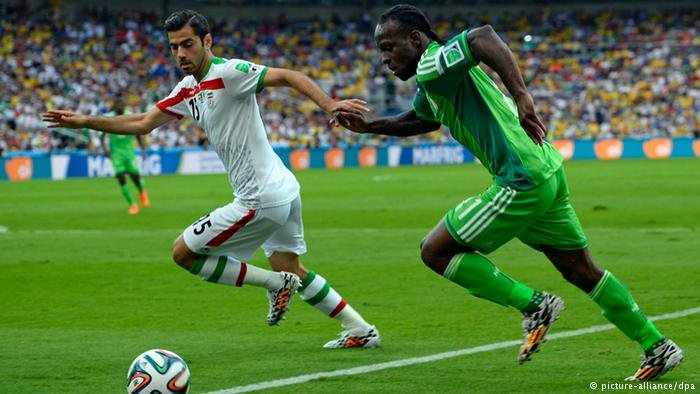 When Moses was a child in Nigeria, both of his parents were murdered, leaving him an orphan at 11 years old. Moses was playing the game in the street at the time of the murders. Moses' extended family rushed in to help, and had enough money to send him to England to seek asylum. From there, Moses rose through the ranks. At age 14, he scored all five goals in the FA Youth Cup final and was a member of Crystal Palace's youth academy. Eventually he was called up to play for the Glaziers in the Championship. Moses then transferred to Wigan Athletic in the Premier League, and then to Chelsea FC. After three loan stints to other Premier League teams, it looks like he will stay at Stamford Bridge.

Moses initially donned England's kit in youth international competition before he decided to spend his senior international career with his homeland. He was a part of the squad that won the 2013 Africa Cup of Nations and appeared in the 2014 FIFA World Cup in Brazil.