Photographer Abdul Saboor never stopped taking pictures on the long road that led him from Afghanistan to France. Now living in Paris, Saboor recently had the opportunity to exhibit his work at the French Ministry of Culture. InfoMigrants met this young man who, despite his success as an artist, is still struggling to surmount the traumatism of having to flee his homeland.

Abdul Saboor’s smartphone never sleeps. It is constantly beeping, vibrating and lighting up. To be polite, he doesn’t pick up during our interview, but his attention is always on it.

This smartphone is his lifeline to Afghanistan, his country, and his family. They are still in Jalalabad, the town where he grew up, 150 kilometers east of Kabul.

After working as a logistician for the American army for several years, Saboor had to flee his country in 2015 when he received threats from the Taliban. 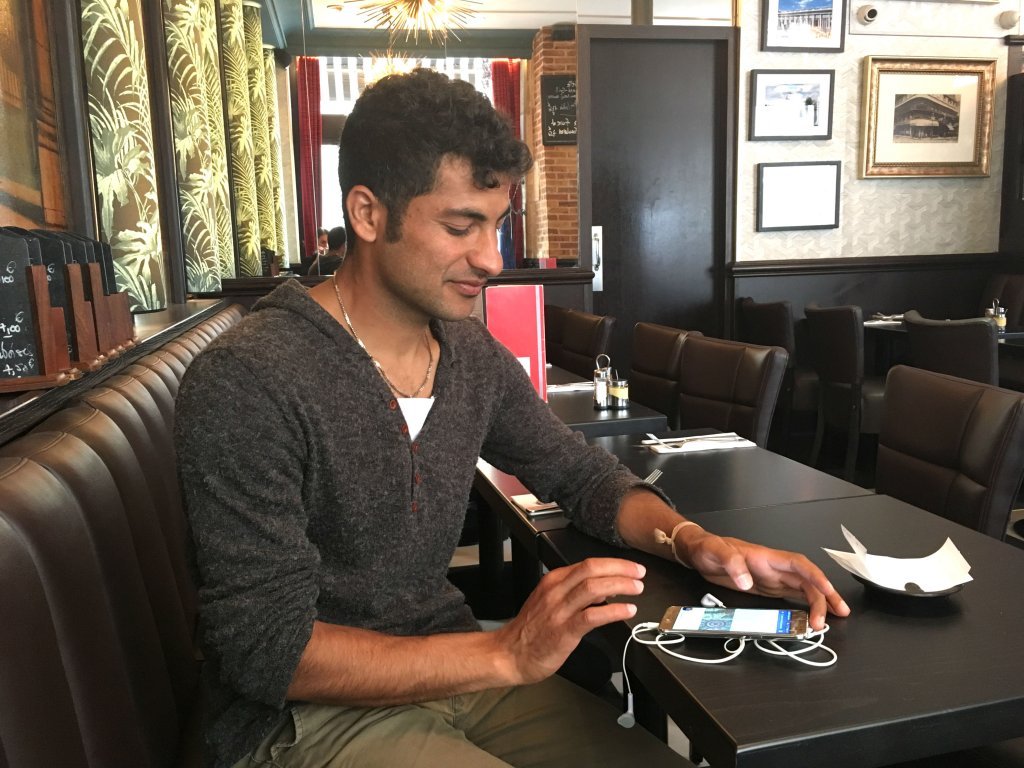 During the long months he spent on the move, Saboor began to use his smartphone as a tool to create, remember and even to speak out about the difficulties that migrants face. Saboor used his telephone to document the hardships he experienced on the journey.

Many of his photos were taken in Serbia, where he found himself trapped in 2017. His haunting photos capture the intimate details of the daily lives of migrants in the Serbian capital, Belgrade.

In these photos, Saboor zooms in on the disorder and the lack of basic goods. He documents the rubbish that people burn to keep warm and the outdoor showers that people use even when it is snowing. His photos show long queues of people waiting to charge their telephones and injured people desperately in need of care. 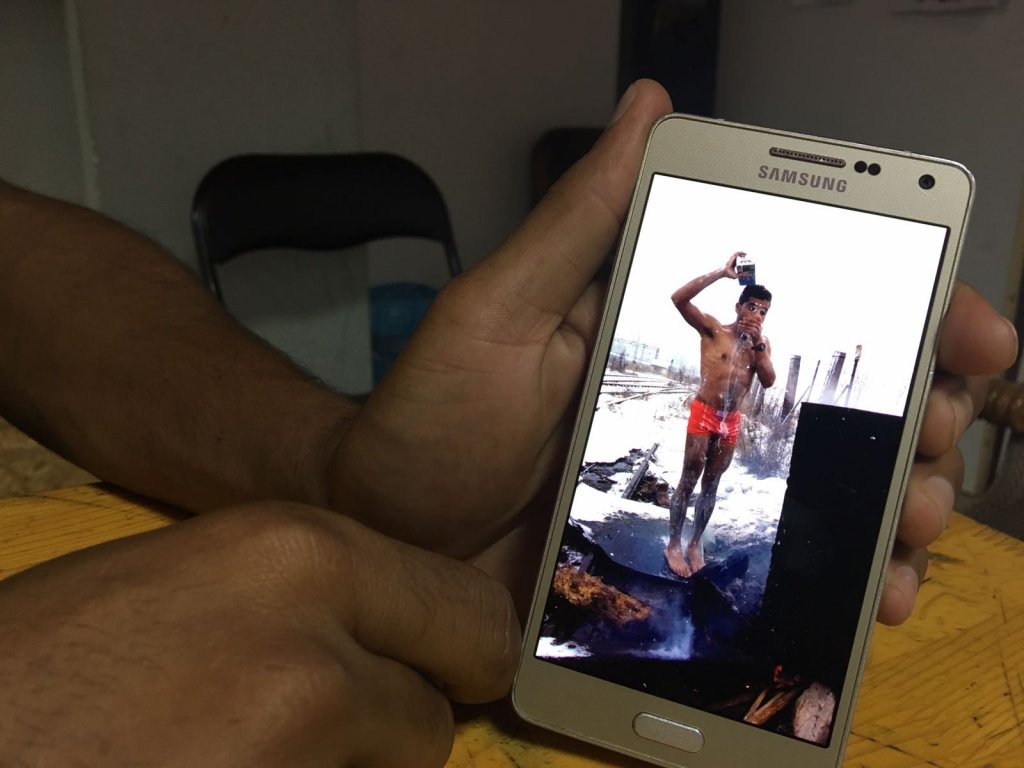 In January and February 2017, temperatures in Belgrade were well below freezing. However, there were no shelters or reception centers, so migrants found refuge in abandoned hangars near the main train station.

Saboor was one of them. He assumed that he’d pass through Serbia quickly on his journey across the Balkans. However, he hit an impasse in 2016, when Hungary and Croatia closed their borders. Saboor would remain trapped in Serbia for several months, along with thousands of others.

Photography became both a passion and an outlet for Saboor. Recognizing his talent, a volunteer with a local organization gave him a real camera. Saboor continued documenting what he saw around him with the diligence of a reporter.

"I felt compelled to raise awareness about what was happening to refugees in Belgrade. I wanted my photos to reach as many people as possible. I made it my mission,” he says.

In spring 2017, the hangars were demolished and the migrants were moved into temporary reception centers. But the country’s borders remained closed.

As the heavy heat of summer descended on the Serbian capital, migrants like Saboor remained trapped. More and more people became depressed.

Saboor, who seems to have endless reserves of energy, dealt with the oppressive boredom by being as useful as he could. He became a cultural mediator between the Afghan community and members of Serbian groups. Sometimes, he got jobs translating for passing journalists.

In July 2017, InfoMigrants met him in the offices of a Serbian group helping refugees. Saboor had a thermos of tea tucked under his arm and, as ever, his smartphone in his hand.

When we next saw Saboor, he had made it to Paris.

After arriving in France in October 2017, Saboor immediately applied for asylum. He had an interview with a representative from the French Office for the Protection of Refugees and Stateless Persons (Ofpra) and, three weeks later, was given subsidiary protection with a leave to remain for one year.

Saboor is still waiting for his birth certificate in order to request a residency permit. For the time being, he is living with a French man near Montmartre, but he hopes to gain access to social housing soon.

Saboor isn’t yet working but, just as he did in Belgrade, he keeps busy participating in activities run by local organizations.

Recently, he participated in a solidarity march with activists walking from Ventimiglia, in Italy, to London to highlight the struggles that migrants face.

Recently, Saboor’s pictures were put on display in the Ministry of Culture as part of an exhibition of refugee artists that ended in mid-June. He even met Françoise Nyssen, the culture minister. More recently, his art was displayed in a small gallery in Paris’ 19th arrondissement.

Despite these recent successes, Saboor says he is still haunted by the trauma and difficulty of his experiences.

“My head is full of my worries," he says. “There’s too much going on in my head right now to learn a language.”

Saboor admits that he keeps missing his French classes.

Saboor doesn’t seem to have the words in English to describe his suffering. In Farsi, his native language, he says that he feels shame that, for the time being, he can’t support himself and depends on government benefits. He constantly worries about his family back in Afghanistan. He said that he was sad to learn that the French society is so individualistic.

"Here, everyone is always in a rush,” he says. “People eat alone and some people sleep in the streets.”

Saboor says he has also experienced racism. He says that a few weeks ago, a police officer called him a terrorist. He was deeply hurt by the insult, especially after he himself fled the Taliban.

"My own brother is fighting the terrorists, how could he say that to me?,” he asked.

However, Saboor starts smiling again when he mentions the Good Chance Theatre, a British theatre project in Calais and Paris. The project aims to help refugees and migrants.

Ever the photographer, Saboor used his camera to capture scenes inside the theatre. His photos show costumes and moments shared between actors.

"In the pictures I took at the Good Chance Theatre, the refugees really seem happy,” he says.

Before we can even ask him why, he continues: “They seem happy because there, in the theatre, no one talks about borders.”