What is the International Organization for Migration (IOM)?

The International Organization for Migration, or IOM, advises various governments as well as non-governmental partners on issues revolving around migrants, internally displaced persons and refugees. How does the organization function around the world and what type of work does it perform?

Founded in 1951, the IOM today is made up of 169 member states and another 8 states that hold observer status. The organization has offices in over a hundred countries. On the IOM website, the organization says that it is "committed to the principle that humane and orderly migration benefits migrants and society."

Its mission is to "to assist in the search for practical solutions to migration problems and to provide humanitarian assistance to migrants in need, including refugees and internally displaced people." The organization aims to provide its services and advice to both governments and migrants themselves.

Its four broad areas of migration management are:

According to its November 2017 report, the organization has a budget of 1.8 billion dollars.

Head of the IOM

The head of the IOM is voted on by its member states in a secret voting process. The candidate needs a two-thirds majority among the member states in order to be elected. The organization's head has always been a US-American citizen, aside from 1961 to 1969 when a Dutch national was the agency's chief.

On June 29, 2018 the IOM confirmed Portuguese national Antonio Vitorino to be the new head of the organization, replacing US national William Lacy Swing. The US candidate for the organization, Ken Isaacs, was eliminated after three rounds of voting. Ken Isaacs, was chosen by the Trump Administration, which had received criticism over its policy of separating migrant families at the American border with Mexico. Isaac, the head of Christian humanitarian relief organization, had also made anti-Islamic comments in the past

Activities across the world

The IOM conducts a wide range of activities across five continents. Here is an overview on how the IOM approaches migration issues in Europe, the Middle East/North Africa and Subsaharan Africa.

In Europe, the IOM seeks to give advice to EU states who face migrants coming into the continent from the Middle East and Africa. According to the IOM, Europe and Central Asia host 72.5 million migrants (this includes refugees and economic migrants). The IOM assists the member states in developing "migration management responses" which means the organization provides information to these EU countries on how to integrate the migrants into these countries as well as develop border security strategies.

Wars in Iraq, Libya, Yemen and Syria have displaced people across the MENA region. The IOM works on the ground in different ways. In Yemen and Iraq, for example, the IOM works to provide humanitarian emergency assistance to displaced populations. Economic migrants also travel from and through North African states such as Tunisia and Morocco to reach Europe. The IOM said that as of 2015, there are 34 million migrants across the region - whether due to conflict, economic or political reasons. 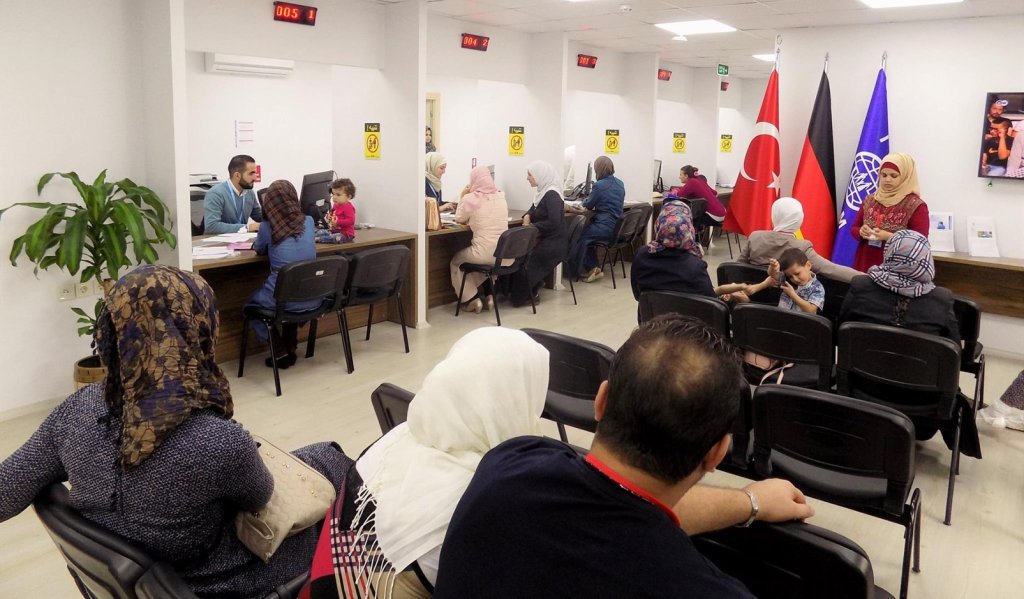 In Tunisia and Libya, the IOM works with authorities to improve border management to prevent migrants crossing into those countries or using those countries as a base to move farther towards Europe. They introduced an analysis system called the Migration Information and Data Analysis System which helps these countries collect data on biodata and biometrics on people coming into the country.

In Egypt, the organization assists Yemenis, Libyans, and Syrians who fled to the country. The IOM currently has 1,500 staff members across the region. The IOM, through its offices in the region, helps refugees by providing health care screenings, direct medical assistance as well as the provision of prosthetic limbs to amputees, among other activities.

In Yemen, one particular focus of the IOM is assistance to children, as there have been cases of internally displaced Yemeni children engaging in unpaid work. According to the IOM, many of the children do not receive "proper nutrition or care" and are trafficked for exploitative purposes.

In West and Central Africa, conflicts in the Central African Republic, Cote d'Ivoire, Liberia, Mali, Nigeria, Sierra Leone have caused thousands of migrants to flee their homes and their countries. The IOM also notes that Mali and Nigeria face security issues with groups such as Boko Haram and Al Qaeda prevalent in the region. According to the IOM, 42 percent of migrants lived in West Africa, the largest percentage on the continent.

The IOM helps provide clean water and other help to displaced people in the region. In the Central African Republic, for example, 687,000 people have been displaced due to a war that began in 2013. The IOM according to a report released on June 29, 450 kits of cooking pots and utensils, plates, cups and cutlery to households.

In East Africa, the IOM has set up an initiative along with the UN and local health ministries in the region to provide an estimated 48,000 Somalis to benefit from health services, a May 2018 bulletin from the IOM said. In Burundi, the organization provided agricultural and enterpreunerial training to Interally Displaced Persons (IDPs). Armed conflict in the Democratic Republic of the Congo, Somalia and South Sudan as well as drought and climate changes are some of the drivers of migration in the region.

In Southern Africa, the IOM, among its other activities, conducts health research on vulnerable populations in the region. As of 2013, there were 4 million migrants mainly from Somalia and Ethiopia and the Horn of Africa towards countries such as Angola and South Africa.

The IOM has developed an application called the "MigApp" which can be used on mobile phones to connect migrants to the IOM. Its aim is to "provide services to international migrants at any stage of the migration process." For example, it will help migrants send remittances to friends and family back home. It will issue alerts on vaccinations and how to get healthcare for migrants on their journey as well as combat disinformation.

You can download the app for IOS or Android: https://www.iom.int/migapp