Every day for several months, dozens of people have been streaming into Bosnia, a small impoverished country in the Balkans. The migrants are trying to reach Croatia, the next step on their journey to the European Union. Bosnia is overwhelmed and unprepared to deal with this large influx of people, while NGOs fear the country is on the brink of a “humanitarian crisis.” InfoMigrants went to Bihac and Velika Kledusha, two villages bordering Croatia, where more than 2,500 migrants are living in terrible conditions.

In a soft voice, without a trace of anger, Nasser expresses the hopelessness that he feels.

"There’s nowhere worse than here,” says this Afghan father as he pulls on socks to protect his bare feet from the cold, damp ground.

Nasser set up his family’s tent on the ground floor of Borici, a former student dorm that has been converted into a shelter for migrants in Bihac.

There is a strong smell of urine and rain often gets in. Yet the ground floor was the best option for Nasser, his wife and their four children -- at least the children aren’t wading in the puddles of mud, urine and trash present on the other four floors.

Borici is almost indescribably filthy. The building, which remained empty and abandoned for years, doesn’t have doors or windows. Inside it is covered with graffiti.

The roof is in ruins while the concrete floor is pockmarked with gaping holes that fill up with rainwater.

The 700 occupants of this abandoned building – including numerous children – have to walk carefully to keep from hurting themselves in the labyrinth of hallways filled with small wood fires. They also have to navigate the shaky staircase without a banister that is more than two meters above the ground. 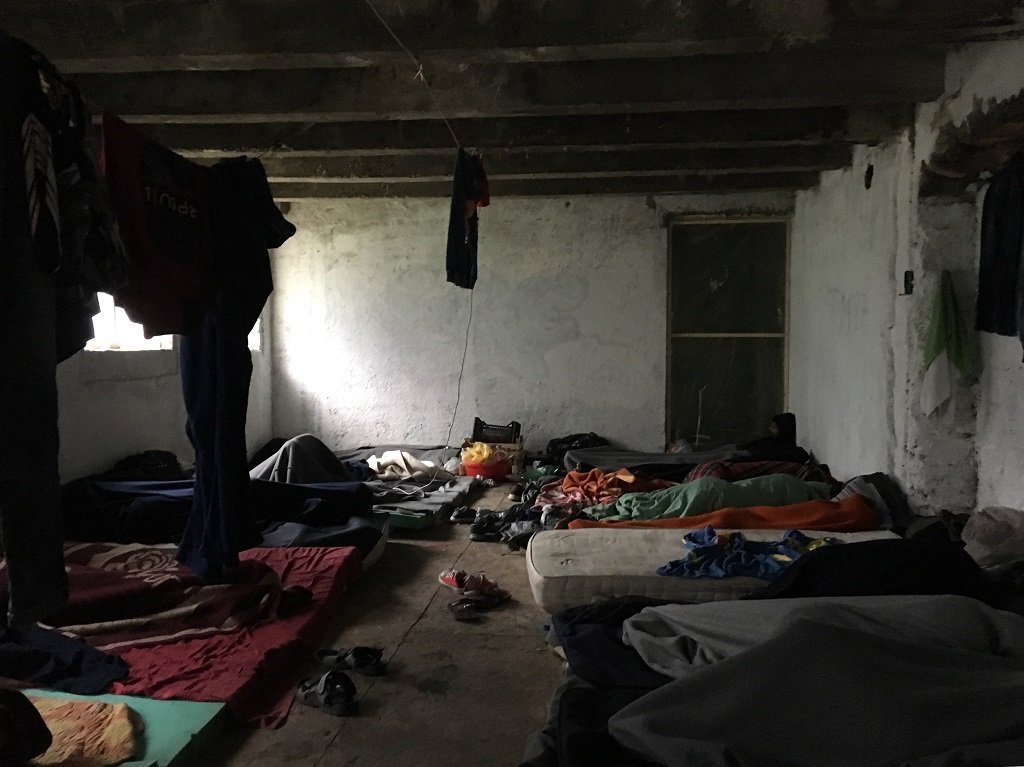 "I know … there are no words to describe this place,” says Amira, a member of the International Organization for Migration (IOM), whose staff visit the site every day.

She explains that, in April, the Bihac city government requisitioned Borici in an attempt to house the migrants who were arriving in greater and greater numbers in this small town of just 55,000 people. Bihac is the last city before Croatia, the entry point to the European Union.

"This dilapidated building isn’t a solution, but the mayor did what he could in this emergency situation,” she says.

Since this winter, the situation has gotten worse. In April, there were about 150 migrants living in Borici, but today there are more than 700. Most are Pakistani and Afghan. But there are also Iranians and Syrians living in this dilapidated building.

Everyone says this situation can’t go on like this.

"We are facing a humanitarian crisis,” Amira says. “Bosnia can’t face this alone. We are a poor country.” 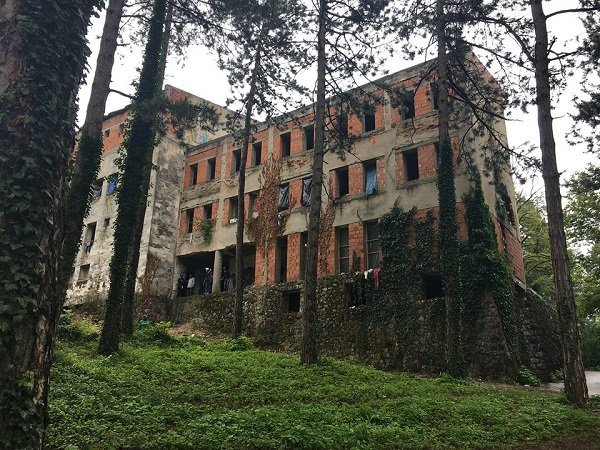 She adds that there are also hundreds of migrants sleeping in the streets and parks of Bihac. The lucky few, who have a bit of cash, stay in small hotels and apartments.

Borici lacks everything, from decent infrastructure to healthcare and food. The Red Cross can help patients with minor health problems but can’t deal with serious medical care. Every day, the Red Cross hands out meals, but the migrants complain that it isn’t enough. The IOM installed some electricity, but it only works partially. There’s no wifi.

An Iraqi family has also pitched a tent on the ground floor, just a few steps from Nasser and his family. Thirteen-year-old Chkar, his eyes still heavy with sleep, watches his father cook breakfast. He’s making eggs in a small pan over a fire they’ve lit on the floor of the building.

"Usually, it’s forbidden to light fires here,” says Milica, another IOM employee, who spends her time identifying the needs of the migrants here. "But we just turn a blind eye. People are always cooking here.” 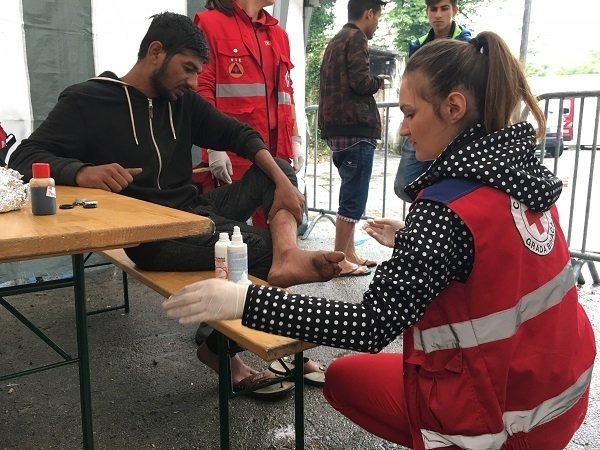 'I keep asking the NGOs for a tent, but they don’t have any'

Most of the families stay together on the ground floor. The third and fourth floors are mostly reserved for single men, says Milica.

Some of the rooms are immensely overcrowded. Dozens of men fight for a place to sleep in spaces that measure less than 50 square meters and are filled with mattresses, tents, bicycles, mats and food.

"I don’t have children,” she says. “I live here with my husband. I don’t have a tent or a sleeping bag. We sleep on a mattress together, where everyone can see us. I keep asking the NGOs for a tent, but they don’t have any." 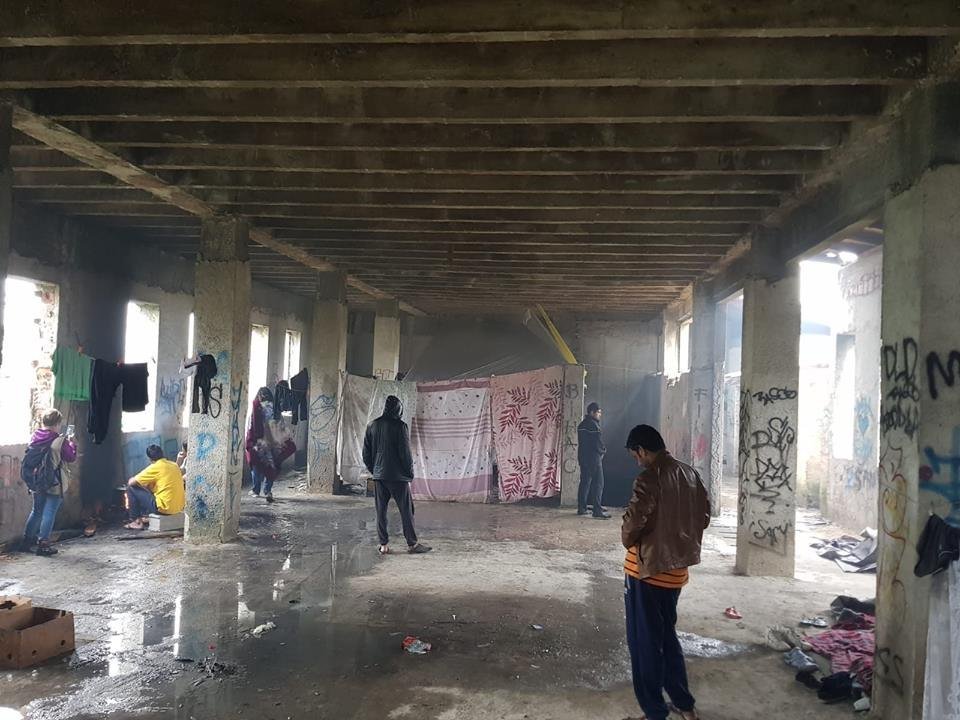 There are only a few people living on the top floor of the building. The holes in the walls make it too dangerous for families with small children. Moreover, when it rains, the floor is completely flooded.

The only people living up here are a small group of Pakistani men.

"We put sheets and blankets over the windows to make curtains," says 21-year-old Kasser, who is trying to move away from the water dripping from the ceiling.

"We build fires and brew tea to warm up,” he says. “It’s really hard here. Why doesn’t Bosnia do something? How could they leave us in a place like this?”

While InfoMigrants was in Bihac, our journalists asked the same thing over and over again. Humanitarian workers in the camps say they are used to this litany of questions: "Why aren’t you doing anything?”; “What will happen to us if Croatia doesn’t open up its borders?”; and, “Why is Europe shutting its borders?” 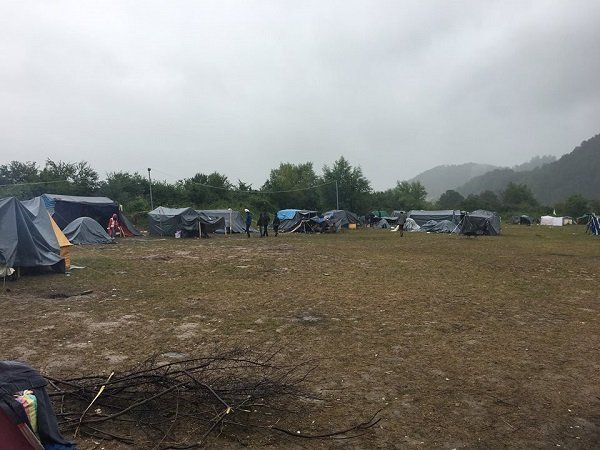 About an hour’s drive from Bihac, hundreds of migrants are living on the outskirts of the village of Velika Kledusha, in a field rented by the city.

The desperation of the people living there comes across in the questions they ask InfoMigrants journalists. "How long will we spend here?,” they ask. “What can you, the media, do to help us?”

Bihac and Kledusha are both located near to the Croatian border in areas that are known to be easy crossing points.

There are no border roads in this area, just forests. The migrants hope they will be able to sneak through these wooded areas, undetected by Croatian border guards. But many won't succeed.

"They cross the border, yes, but they get caught a few kilometers down the way and are sent back here,” says Amira from the IOM.

"They come back with wounds, fractures and bruises,” says another IOM worker, Bogdan Runic. “They all say they were beaten by the Croatians.”

The situation in Kledusha is just as bad as it is in Bihac. Close to 500 people, including children, are living in filthy conditions there, just waiting for an opportunity to cross the border. It looks like a smaller version of the Jungle in Calais. 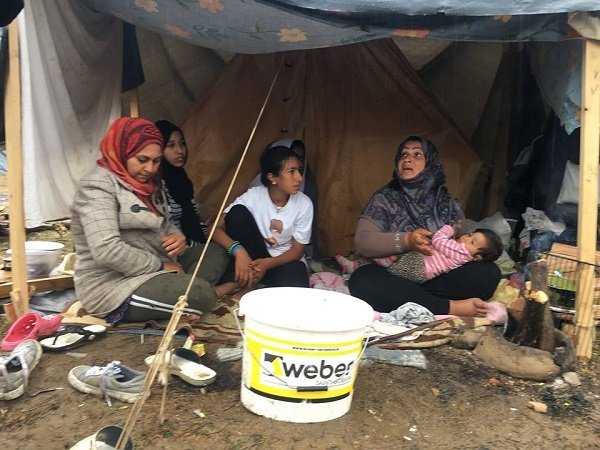 The terrible living conditions, combined with the frustration of waiting to cross the border, have put people on edge. The NGOs working there say there are often clashes between Pakistani and Afghan migrants, and theft. There have also been murders and suicide attempts. Day and night, there's a police car posted at the entrance to the field.

'They do nothing for single men here; they only take care of families'

The toxic atmosphere has created fractures in the relationship between the migrants and the few NGOs on the ground.

"The Bihac Red Cross can’t expand to Kledusha because they don’t have enough resources and supplies,” Amira explains.

"The people here are exhausted and have next to nothing,” says Azra, a member of the Emmaüs charity. “We can’t do much for them. They hustle us a bit. We distribute a meal a day.”

Too little, according to many of the migrants.

“They don’t give us enough food,” says a Pakistani man named Abdullah, who is exasperated by the situation. “They come here with enough food for 200 people even though there is double that number.” 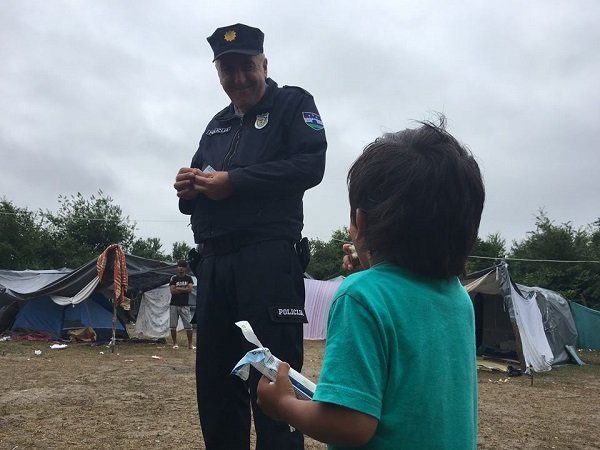 "It’s a difficult situation, it’s true, but sometimes people from the village come and bring us food,” says an Iraqi woman named Ghoufran who is in Kledusha with her six children. She is still breastfeeding her youngest child.

"That helps us feed the children a bit better,” she says. “Occasionally, the villagers in Kledusha will let us come shower at their homes. They are really kind."

"Here, they only take care of families,” he says. “I asked for an extra tent because there are six of us sleeping in one shelter. But single men don’t get anything. We aren’t dogs!”

It’s true that the IOM only gives out tents to families with children.

“We aren’t punishing single men,” says Amira. “But we don’t have the resources to give everyone a tent. New families are arriving every day. We need to keep the tents so we can prioritize the families.”

Abdullah sighs and walks away: "How could things get any worse?”

Tonight, just like last night and the one before, they will sleep with just a blanket under a tarp, despite the endless rain.

"I can’t take it anymore!” says Abdullah. “You journalists -- could you go ask for a tent? Just one?”

At the last count by the Bosnian police, there were close to 3,000 migrants living in the north of the country, most around Bihac and Velika Kledusha. The IOM and Bosnian municipalities are overwhelmed and wait for the arrival of international NGOs like Médecins sans frontières or Save the Children.
The European Union is urging the Bosnian government to open a humanitarian camp in the north. For the time being, authorities have not yet found a suitable place.