Support for the far-right Sweden Democrats has surged as the country prepares to go to the polls in September. Following the election of populist anti-immigration leaders across much of Europe, the Scandinavian nation once seen as a champion of humanitarian values is becoming increasingly divided.

It happened in Austria, the Czech Republic, Italy, Hungary, and then Slovenia – all across Europe, populist anti-immigration leaders have been swept into power. With Sweden the next big European country to hold Parliamentary elections, opinion polls have led some to suggest it could follow a similar route.

The Sweden Democrats (SD), led by Jimmie Akesson, is the third-largest party in Sweden's Parliament, with 12.9 percent of seats. Recently, for the first time, polls put them at 20 percent, just behind the ruling Social Democrats and the main opposition Moderates party.

From 'travelling circus' to the mainstream

Founded thirty years ago by a group of activists with white supremacist links, the Sweden Democrats has been transformed by Akesson from what he described as "a travelling circus" into a conventional party.

In recent years, the party has campaigned strongly against migration, calling for a stop to immigration as well as financial incentives to persuade migrants already living in Sweden to leave.

Akesson blames migrants and the center-right government's migration policies for gang violence and riots in the suburbs of Sweden's big cities. He has also warned that Sweden is under threat from "Islamification."

While the opinion polls suggest the SD's anti-immigration position could win it more seats than its main rivals, the Social Democrats and the Moderates, the party almost certainly won't be part of a coalition government in September, as the other parties have all refused to negotiate with it. "Nobody wants to cooperate with (the Sweden Democrats), they are a pariah in the Swedish political system," says Anders Sannerstedt, a political scientist from Lund University.

Even if the other parties don't reverse that position, as the Sweden Democrats migration spokesperson Paula Bieler hopes they might, the SD will have become, in her words, "too big to ignore."

Meanwhile the Social Democrats, who have dominated Swedish politics for most of the last century, have never polled so badly this close to a general election. A lot of commentators have interpreted this as the result of a "migration backlash." The voters have dropped the government because it wasn't tough enough on refugees. 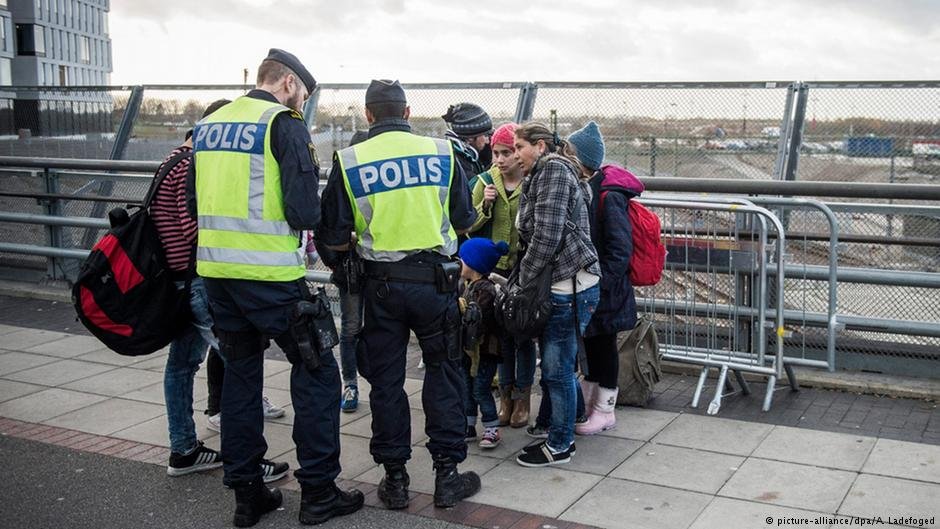 Since 2012, Sweden has registered about 400,000 asylum applications. In 2015 alone, it received nearly 163,000 applications, including 70,384 from unaccompanied children. Those numbers steadily dropped off in the subsequent years, but pressure on the minority government grew, prompting it to reestablish border controls and toughen conditions for granting asylum, residence permits and family reunification.

Like many other center-right parties in Europe, Sweden's Social Democrats and Moderates have adopted increasingly restrictive policies on migration to win back voter support from the far right. The recent polls seem to be a sign that they still have further to go.