For the past few months, dozens of migrants a day have been streaming into Bosnia, a small impoverished country in the Balkans. The refugees and migrants are crossing Bosnia with the aim of reaching Croatia, the next step on their journey to the European Union. Bosnia says it is overwhelmed and unprepared to deal with this large influx of people, while NGOs say they fear the country is on the brink of a “humanitarian crisis”. InfoMigrants went to the Salakovac reception centre, located in the mountains south of Sarajevo.

Asma and Maya run towards the river and jump into the water, shrieking with laughter. Asma is Iranian, while Maya is Afghan. The ten-year-old girls are inseparable.

The river Mlava flows below the Salakovac migrant reception centre, where the two girls are living with their families. On its banks, they meet other children from the camp as well as Bosnian children from the neighbouring village, who are thrilled to find new playmates.

A few metres away, Asma and Maya’s parents sit at a small café in front of the Salakovac centre. A World Cup match is playing on the outdoor television, but few seem interested-- except for maybe the owner of the bar.

The center is one of the only two center in the entire country for migrants. There are just a few families living there, most of whom are from Iran or Afghanistan. They say they have been treated well, and, and in the midst of a long and hard journey, they appreciate a moment of quiet in the countryside.

"Is France playing?", asks Kami, Asma’s father, looking unimpressed when he sees the score (0-0) posted on the top of the screen. 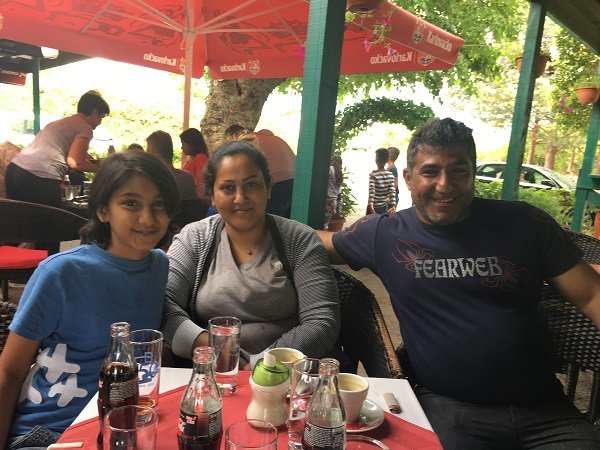 Salakovac, a place to recover

Kami, his wife Shala and their children, Asma and Ismaël, are from Iran. They first arrived in the Salakovac centre three months ago. The family are taking a break and resting before attempting to cross into Croatia again, thus continuing their journey towards the EU.

"The last time that we tried to cross, police officers beat my 17-year-old son,” says Shala. "He suffered a lot. We are catching our breath here”.

For them, Salakovac is a place to recover. It is one of only two centres for migrants in the country. In a past life, it was used as a refugee camp for people displaced by the conflict that tore apart the former Yugoslavia in the 1990s. Several months ago, it was restored and reopened as a response to the wave of migrants who have been coming to Bosnia since the beginning of this year.

However, of the estimated 3,500 migrants currently in Bosnia, only a handful of people have come to Salakovac. While the centre has 300 places, there are only 120 people staying there, according to the Bosnian Ministry of Security, which runs the centre.

Most of the residents are families from Afghanistan, Iran and Pakistan.

The low numbers can be explained by the centre’s remote location, say representatives from the Bosnian branch of the International Organisation for Migration (IOM).

The camp is a two-hour drive from Sarajevo and it is nestled in the mountains. It represents a significant detour from the road towards Croatia, which lies to the north. Very few migrants choose to go there.

"We didn’t want to sleep in the street anymore and we didn’t have any more money,” he says. “So we accepted to come here. A bus from the UNHCR [UN High Commissioner for Refugees] brought us here.”

Kami and Shala don’t do much during the day, but they appreciate the peace and calm.

"We eat well here and the people are nice,” Kami says, while sipping his coffee, cigarette in hand. “It’s true that the days are long. We can’t come to the café everyday because we don’t have much money. Often, we sit at the entrance of the camp near the guard’s hut because they have wifi.” 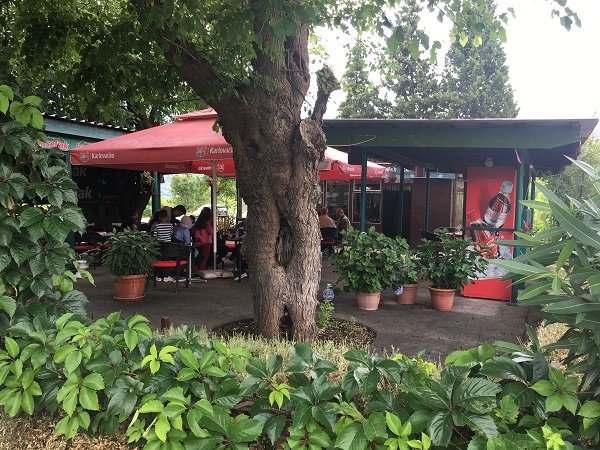 The migrants have a cordial relationship with the Bosnians who live near the centre. At the café, the Bosnians and the migrants don’t mix, but there are no suspicious glances between them either.

The owner of the little supermarket located just 50 metres from the entrance to the centre is happy with the extra business.

"People are always buying things from me,” he says. “Especially the children. They are always running around and asking for ice cream. Sometimes they pay me a little something. Sometimes, I give it to them for free.”

Most of the people living in Salakovac are children or teenagers. Youth between the ages of seven and 17 are everywhere, milling around the camp, swimming in the river, sitting in the café, browsing in the the little shop or standing by the road.

This youthful presence and the sound of laughter contrasts with the difficult journeys that they have undergone.

"I have lots of friends here, we go swimming, we play soccer and we go pick blackberries,” she says. “I don’t miss Iran at all.”

"People come and go at will”

The camp isn’t open to the media or other outsiders.  However, most of the families who live there say that it is in good condition and show off photos to prove it. Here, there are wood cabins instead of tents. And there’s no barbed wire.

"People aren’t imprisoned here, they can come and go as they please,” the spokesman for the Minister of Security, Admir Malagic, told InfoMigrants. 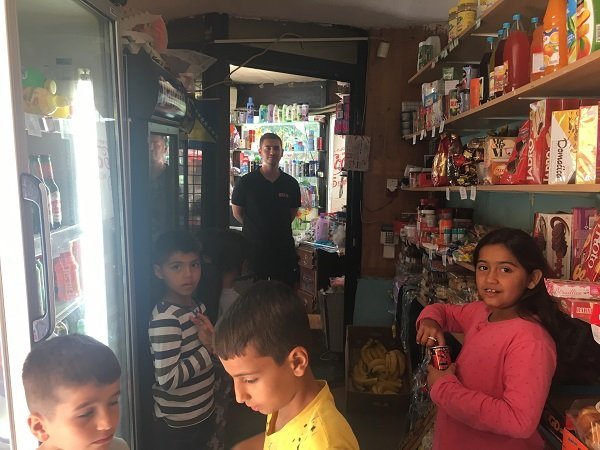 The centre is staffed by people from UNHCR.

"We provide psychological and legal support and we bring the migrants from Sarajevo to Salakovac", says Neven Crvenkovic,the UNHCR representative in Bosnia.

"We have a big room with three beds, even if Ismaël sleeps on the floor,” Shala says. “There are separate showers and toilets for the men and women. We are so happy to have hot water.”

An Afghan family sitting one table over pipes up, gently nuancing Shala’s glowing review. They say wish that there was better medical care. A team from the Red Cross visits the camp every once and awhile, but the Afghan family says they don’t come nearly enough.

"They don’t really treat us,” says mother Zahra. “My husband has high cholesterol but they haven’t given him any kind of treatment.”

Contrary to the situation in many other migrant camps across Europe, from Greece to Paris to Calais, the people in Salakovac say that there are no tensions between migrants of different nationalities.

Pakistanis, Afghans, Iranians and Syrians live together in peace, most likely because the camp is not full and that most residents stay just a few days before leaving again.

According to the Bosnian government and the IOM, more than 6,000 people have entered Bosnia illegally since the beginning of the year. Currently, there are around 3,500 migrants in Bosnia, most in the north of the country. The IOM also estimates that around 500 people entre Bosnia eat week but only 3% want to stay. 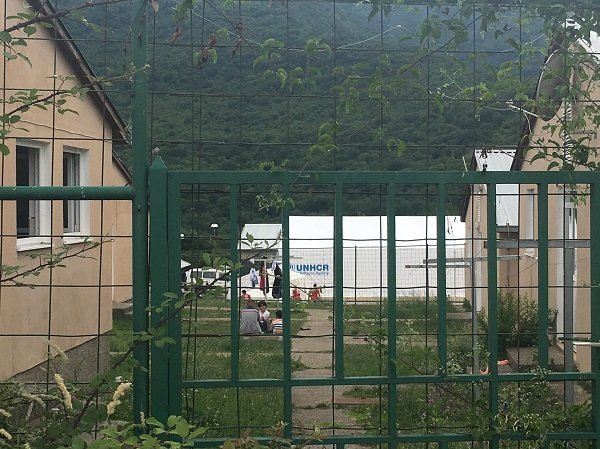