The 67 migrants on an Italian coast guard ship have been allowed to leave the vessel. Italy's interior minister blocked their arrival amid reports that some migrants had threatened the crew of their initial rescue ship.

After waiting for several hours on board an Italian coast guard ship, 67 migrants were given permission to disembark late on Thursday.

The group of migrants, which included three women and six children, had been held onboard the Diciotti at a port in the Sicilian town of Trapani after Italy's far-right Interior Minister Matteo Salvini blocked the ship from docking.

Salvini halted their arrival amid reports in Italian media that a handful of the migrants on board violently threatened the crew of their initial rescue ship.

Earlier on Thursday night, Italian Prime Minister Giuseppe Conte said the group of migrants would be allowed to leave the Diciotti after identification procedures had been completed, "in particular for those who may have committed a crime."

Italian media and news agency AFP reported that police escorted some of the migrants off the ship.

Reports of conflict on board

The migrants were first picked up by a supply vessel called the Vos Thalassa over the weekend and were later transferred to the Diciotti coast guard ship.

According to Italian media reports, the crew of the Vos Thalassa locked themselves in the control room of the ship and called for help after two migrants with GPS on their mobile phones saw that the boat was heading back towards Libya.

Migrants and refugees trying to reach Europe have reported widespread torture, enslavement and rape in and around detention centers in Libya, and are desperate to not return.

The realization reportedly sparked a panicked reaction from those on board, who began threatened the crew, according to Christopher Savoye, legal affairs official of the Vroon Offshore Service that owns the Vos Thalassa vessel.

"They encircled [the sailors], pushed them, making the gesture of cutting their throats," Savoye told the shipping news site The Meditelegraph. 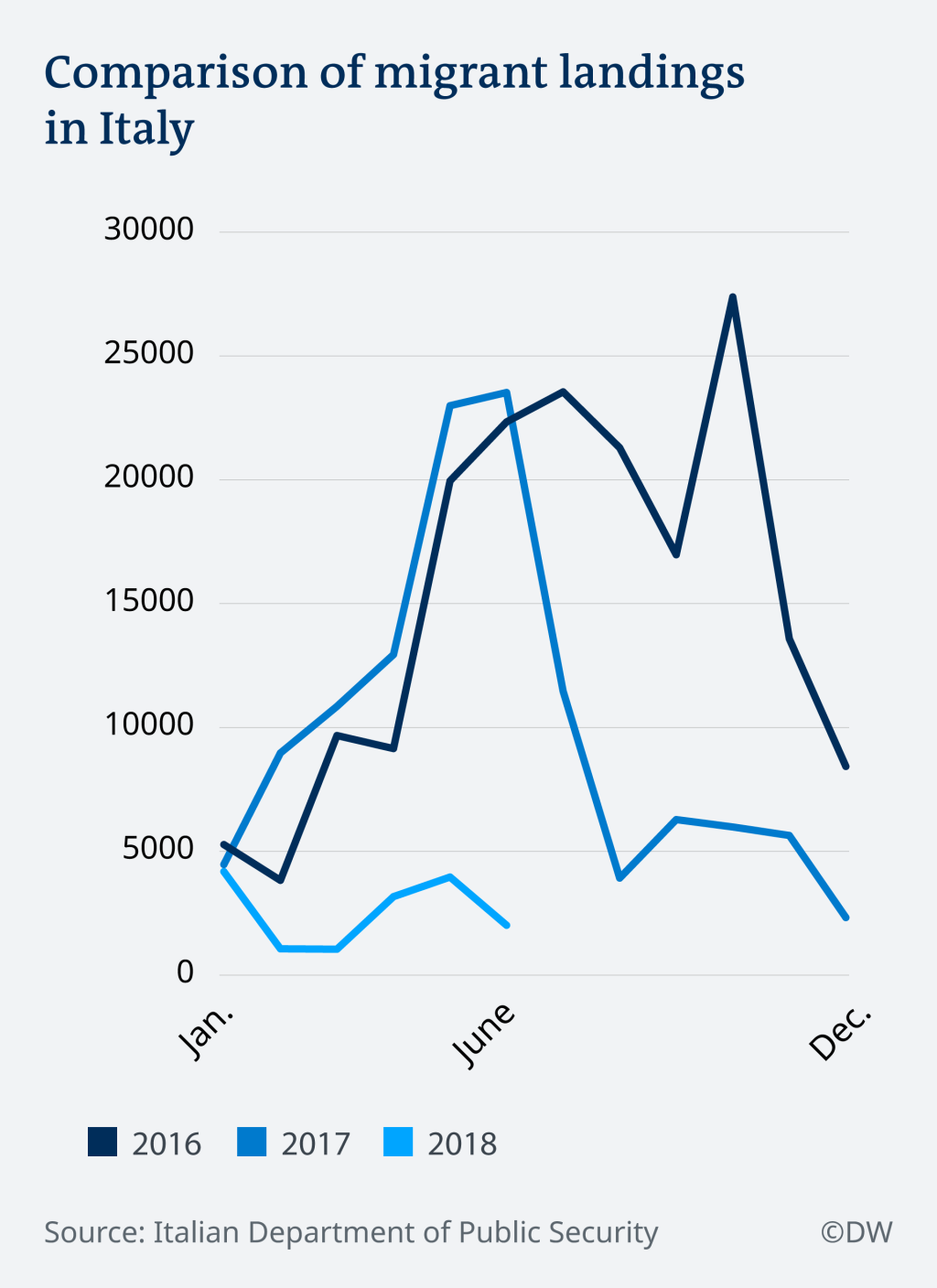 The crew on the Vos Thalassa called for help from the Italian coast guard, who then transferred the migrants to the Diciotti. The ship then sat in Sicily as Salvini refused to allow their entry until prosecutors could determine whether there was a threat or if the Vos Thalassa "exaggerated."

"Someone is lying," he told reporters in Innsbruck, Austria during a meeting with EU interior ministers. "Until I have clarity, I personally as interior minister, as vice premier and as a father, won't let them get off."

Unicef and the charity Save the Children issued a joint statement urging Italian officials to allow for the disembarkation of "refugees and migrants, including women and children, who have been at sea for four days."

Salvini, who also leads Italy's far-right League party, has said he wants to stop migrants from arriving on Italian coasts. He's banned NGO and charity rescue boats that are operating in the Mediterranean Sea from docking in Italy, saying they aid human traffickers.

Although the number of refugees and migrant arrivals in Europe has significantly dropped since its peak in 2015, the issue continues to be highly contentious in Europe.