The European Union is seeking ways to manage migrants crossing the Mediterranean Sea and ensure their safety. Some EU member states have meanwhile decided to close their ports to NGO migrant aid organizations operating on open seas.

Some European countries are introducing isolationist measures to seal their borders, as the arrival of asylum seekers on boats and dinghies continues to pose immigration challenges not just to those nations but to the entire European Union.

Italy's new government has been particularly vocal in its anti-immigrant rhetoric, closing its ports to rescue vessels operating in the Mediterranean Sea. The island nation of Malta has also decided to reject the docking of rescue operations. However, the question of whether or not these unilateral decisions are legally viable remains unclear.

A matter of international law

Critics say that according to international law, all vessels at sea are duty-bound to save people from drowning, as stipulated by the International Convention for the Safety of Life at Sea (SOLAS). The same law also specifies that people rescued at sea need to be taken to land as soon as possible.

With the ongoing refugee situation in the Mediterranean, however, countries like Italy and Malta have decided to reject granting safe passage to non-governmental rescue vessels, citing Article 19 of the United Nations Convention on the Law of the Sea (UNCLOS), which states that countries are allowed to refuse to grant passage to vessels if these might threaten "peace, order or safety."

But with a steady decline in numbers of migrants choosing to take the perilous Mediterranean route, the measures taken by Italy and Malta appear to be disproportionate: According to the United Nations High Commissioner for Refugees (UNHCR), the number of migrants reaching Europe via the Mediterranean sea was down by 50 percent in the first half of 2018 (compared to the same numbers for the first half of 2017).

However, the use of the central Mediterranean route in particular, which includes Malta and Italy as countries of first arrival, has actually seen an even greater decline of over 75 percent. 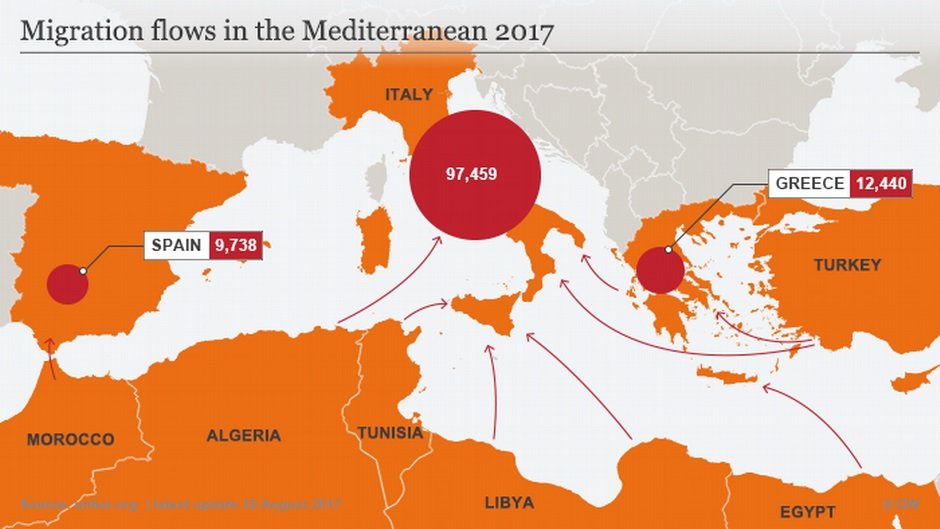 The reasons for that decline in numbers may be varied, as human smugglers keep finding new ways to traffic people into Europe. However, with the central Mediterranean being viewed as one of the most dangerous sea crossings in the world - according to the International Organization for Migration (IOM) - many migrants and smugglers alike seem to prefer other routes now such as the eastern and western Mediterranean routes.

Meanwhile there is a stark decline in rescue missions carried out by government authorities and EU bodies: the German government said in an official document that less than 10 percent of refugees and migrants were rescued at sea in 2017 by the EU's "Sophia" rescue operation, and only slightly more than 10 percent were saved by Frontex.

The Italian Coast Guard meanwhile was attributed with saving about 20 percent of migrants at sea.

The numbers of rescues between Frontex, Sophia and the Italian Coast Guard on the central Mediterranean route in 2017 amount to roughly the same as all rescues conducted by NGO missions – a vast change compared to numbers from 2015, when authorities conducted about 60 percent of all rescues and NGOs barely 15 percent. 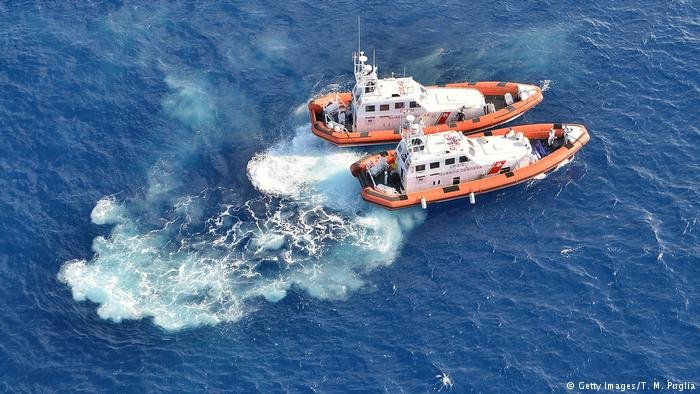 However, with Libya being ravaged by internal conflict, there is no functional asylum system there, making it practically illegal under international law to return migrants there. The Libyan Coast Guard, however, has intercepted roughly 5,000 people in the first quarter of 2018 alone, operating outside the jurisdiction of the EU.

The EU is also exploring the idea of establishing "disembarkation platforms" in northern Africa as part of its strategy to handling refugees and migrants. These centers would host migrants and process their asylum applications before they set foot in the EU.

However, prior trials with similar models have only resulted in limited success: The UN had opened a refugee camp in Choucha, Tunisia, in 2011 to meet the humanitarian crisis in Libya at the time, with refugees spilling over into neighboring countries. The facility only lasted two years following reports of severe mismanagement.

The EU itself has also had problems in establishing such centers, even on its own soil: The EU's refugee "hotspots" in Greece and Italy have proven to suffer severe human rights issues, such as overcrowding and rape. Morocco, Egypt, Tunisia and Libya have meanwhile told EU leaders that they would reject hosting such disembarkation platforms on their territory.