A woman from Kosovo recovers in a German hospital after attempting suicide. Meanwhile, her entire family is deported from Germany. How could this happen? Oliver Pieper went to find out.

In 2015, when large numbers of refugees streamed into Germany, many received them with open arms. But Germany's much-vaunted "culture of welcome" appears to be a thing of the past. Now, calls to swiftly deport those whose asylum applications have been rejected are getting louder. Municipalities are seemingly succumbing to the pressure and increasing the number of forced repatriations.

Oliver Pieper traced the story of a family from Kosovo that was recently deported from the state of Rhineland-Palatinate in western Germany. He talked to a volunteer who helps asylum-seekers, a Protestant minister, a psychotherapist, lawyers and the district authority in charge of the case.

The day the Sali family was separated

Merita Sali is desperate. She, her husband and their four children are to be deported back to their home country of Kosovo in the coming days. On the night of July 15, she attempts suicide by taking 20 pills of the antidepressant drug Mirtazapine — 10 times the recommended dose. She survives because her stomach is pumped at Worms hospital. It was not her first suicide attempt: The 39-year-old had already tried to take her own life back in her native Kosovo. 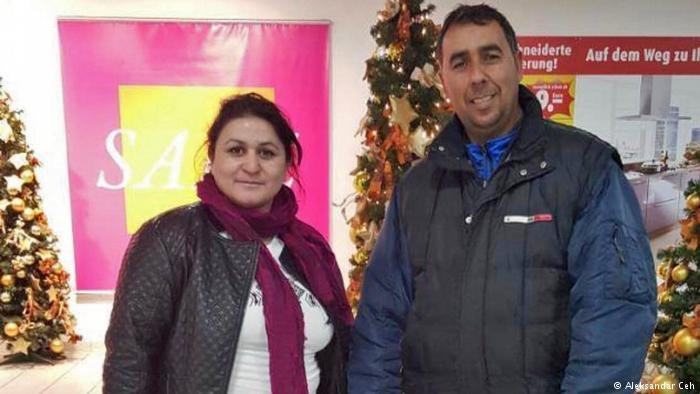 Then, one night later, as Merita Sali is still lying in hospital recovering from her suicide attempt, German police officers take her husband Hysret Sali (46) — who had in the past suffered torture in Kosovo — their twins Ejup and Edona (both 15), son Edon (11) and daughter Jehona (3) to the airport and deport them to Kosovo.

When Merita Sali is released from hospital, she, too, will face deportation. She and her family belong to the ethnic minority of the Ashkali. In 2014, the Sali family illegally migrated to Germany where they were granted temporary suspension of deportation status.

Aleksandar Ceh knows too well what the Sali family must be going through. Ceh, a native Croatian, fled to Germany in the early 1990s after fighting for his country. He, too, was repeatedly given temporary suspensions of deportation status. Now, he spends his time assisting migrants who find themselves in a similar situation and helps them integrate into German society. For people like the Sali family, Ceh is the last hope. 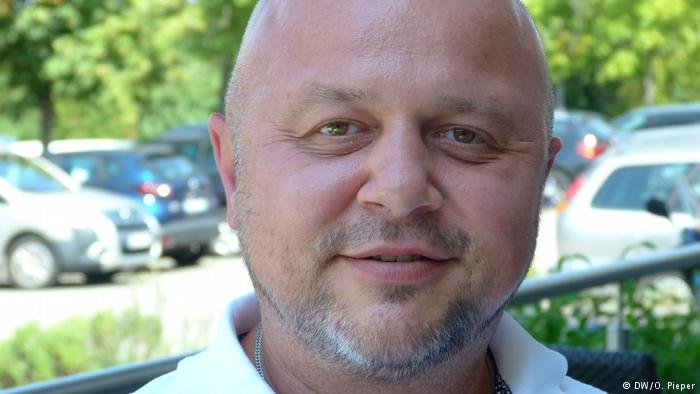 "I have been helping refugees for 16 years but I have never witnessed such inhumane treatment before," Ceh says. He tried everything he could to prevent the Sali family being deported. He got certificates from doctors and psychotherapists, informed a special commission with the power to cancel deportations on humanitarian or moral grounds and engaged lawyers. He even called the foreigners' registration office on the very night of the deportation. But to no avail.

The Sali family, minus the mother, now live a shed in Kosovo. The 3-year-old daughter, Jehona, who suffers from a heart defect, is ill. Aleksandar Ceh and Hysret Sali are in touch every day. And Ceh has checked in on Merita Sali, who is still recovering in a German hospital. Ceh does not know what else he can do to help the family. But for him, giving up is no option. "You cannot simply abandon these people." He does not understand why the state of Rhineland-Palatinate, which is governed by the center-left Social Democrats (SPD), has shown so little compassion for the Sali family. "You would think Bavarian authorities are tough when it comes to deportations," he says. "But apparently Rhineland-Palatinate is much stricter."

"The individuals are Kosovar natives who are obligated to repatriate. After illegally entering the country in October 2014, they did not apply for asylum but instead cited health problems. For this reason, their deportation was temporarily suspended. Various doctors' certificates were forwarded to the Federal Office for Migration and Refugees (BAMF) in accordance to German immigration law. In February 2018, it decided that a deportation could go ahead and that any health problems could be treated in the homeland. 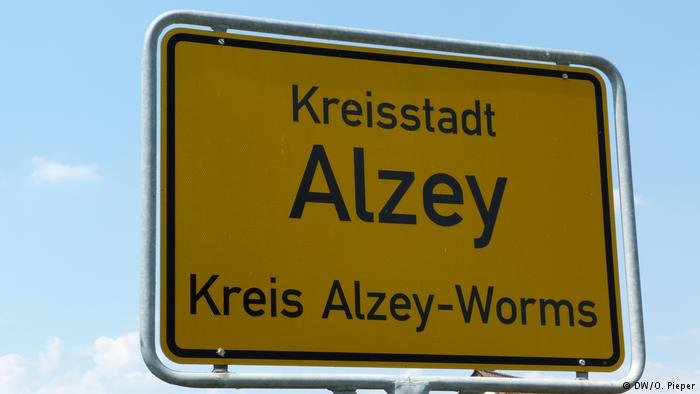 After a consultation in March 2018, a deportation request was issued. In early May, the individuals agreed to voluntarily repatriate to Kosovo and applied at the IOM (International Organisation for Migration) for a flight. The flight was scheduled for mid-May. Several days before their departure, they then reversed their decision and tasked their lawyer with calling on the administrative court in Mainz to halt the deportation. The court refused this request. Rhineland-Palatinate's special hardship commission refused to assess the case also.

In the night from July 16 to 17, 2018, the deportation was initiated under medical supervision. Mrs. Sali was not at the scene. The Foreigners' Registration Office only learned at this moment that Mrs Sali was in hospital.

All family members, except for Mrs. Sali, were deported on that day. Another request by the family to halt the deportation was rejected by the administrative court in Mainz. Mrs. Sali remains in hospital in Alzey-Worms administrative district. The Foreigners' Registration Office is endeavoring to soon reunite the family in its country of origin."

The website of the Lichte/Malcherek law office states: "We will be unconventional and tenacious in our fight for your rights." Maybe that is what makes lawyer Martin Malcherek, who is a member of Germany's Left Party and was even its candidate for Mainz at the 2017 general elections, the perfect choice for the Sali family. Malcherek wanted to take Alzey-Worms district to court over the deportation of the Sali family but the administrative court in Mainz rejected his suit. Nevertheless, he thinks that "the family could have stayed in Germany for an additional few weeks until Mrs. Sali had fully recovered to be able to travel." He believes ordering the police to deport the family was inappropriate. Unless, as he suspects, authorities were making a political statement. 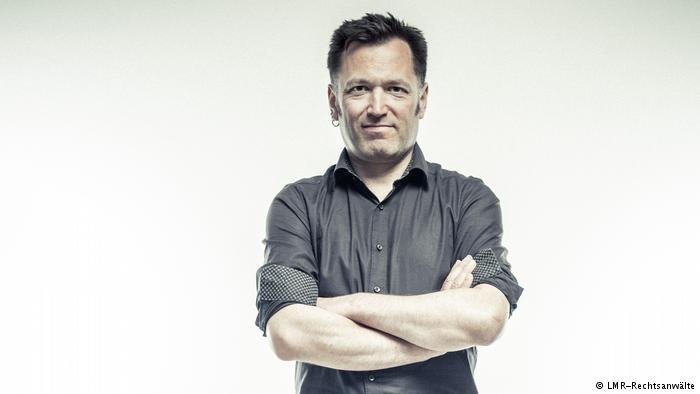 In theory, German authorities may only deport individuals whose health is good enough for them to travel. In practice, says Malcherek, authorities are getting increasingly tough with deportations. "The political pressure to produce large numbers of deportations appears to mean cases are no longer being examined on an individual basis." He says getting doctors to issue detailed certificates of health problems is getting difficult, even when people are in danger of committing suicide. And not only that. "Authorities and courts often say that doctor's certificates are insufficient." Malcherek criticizes that ever more criteria must be fulfilled to prevent deportations.

Malcherek has fought for close to 30 clients to remain in the country in recent years. Does he get the feeling that Germany's "culture of welcome" has been displaced by a kind of deportation frenzy? Malcherek thinks it is even worse than that. "Sinti, Roma and Ashkali, who live in precarious circumstances, have never been welcome in Germany."

Sibylle Merkel, who despite her surname is not related to German Chancellor Angela Merkel, shares many of the political leader's traits. She, too, is good at listening, finding solutions and overcoming opposition. It's an essential part of her job as a psychotherapist in Alzey. Especially since it was revealed that the Bremen branch of the Federal Office for Migration and Refugees (BAMF) had unlawfully granted asylum to numerous applicants. Sibylle Merkel says that since then, German authorities stopped accepting her reports and now insist on doctors' certificates. 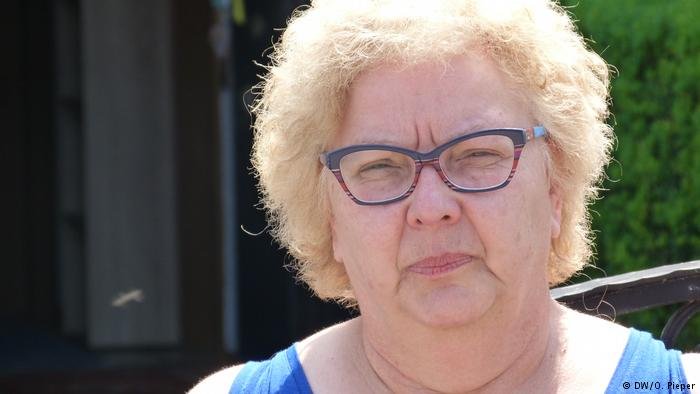 But, she stresses, doctors are not trained to diagnose psychological illnesses. "That's our job," she insists. In particular, many people from Kosovo who come to see her are often severely traumatized. "I remember the case of a woman who had been repeatedly raped, and the case of Mrs. Sali, who has suicidal tendencies to a high degree." Sibylle Merkel says she has warned authorities in such cases. But the authorities do not seem to care, she thinks, and act arbitrarily.

Merkel cannot do all that much to help her patients. For example, she offers a short course of therapy consisting of 25 individual sessions. But few of her patients actually attend them all, either because the health care insurer refuses to keep paying or because a client's deportation is imminent. It's a vicious circle, says Merkel. "How am I supposed to treat a patient when he or she is in constant fear of being deported?" In her mind, that rules out any successful therapy.

'We need a well-thought-out immigration law'

Asylum-seekers who arrive in Alzey in Rhineland-Palatinate eventually end up coming to Café Asyl, an initiative funded by the Evangelical Church in Germany (EKD) that assists migrants in dealing with German authorities. Joachim Schuh, a church minister who works here, is not aware of the Sali family's predicament. But after learning about the details, he is aghast. "Until recently, Alzey's foreigners' registration office would never have separated a family." 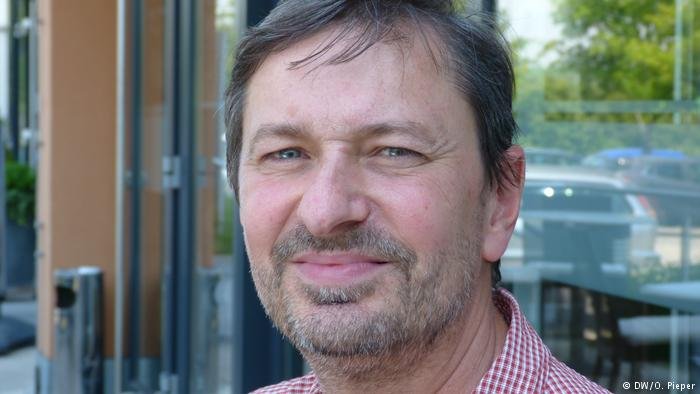 Schuh stresses that the Sali family faces an uncertain future in Kosovo. He says the authorities there will not help the returnees but leave them to fend for themselves entirely. What is more, people who voluntarily leave Germany within the first year receive some money to do so. But those who are deported against their will, like the Sali family, get nothing.

"What we need is a well-thought-out immigration law that also addresses the problems forcing people to flee their homelands," says Schuh. He thinks leaving subordinate state departments to deport and thereby harm individuals is inappropriate. "I hope that the deportation of the Sali family was a mistake and that nothing similar will ever happen again as long as I remain a minister here."

'Kosovo not a safe country of origin'

"Forcefully separating a family like that is a no-go," criticizes lawyer Reinhard Kirpes. He highlights that doing so is prohibited under the European Convention on Human Rights. Kirpes, who is based in the southern German city of Offenburg, knows many similar cases and has specialized in those from Kosovo. He visited the region in 1999 immediately after the cessation of hostilities. 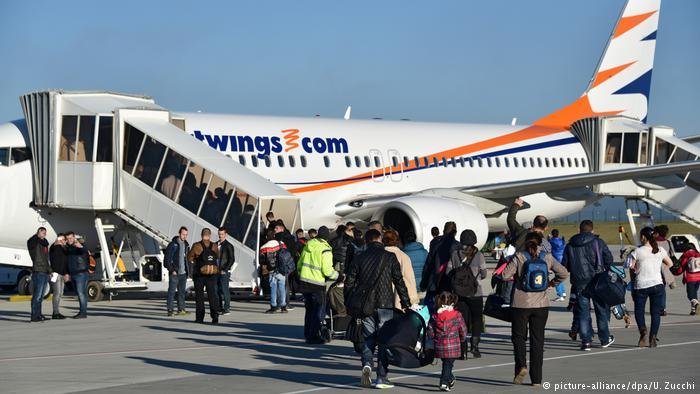 Now, he travels there at least once a year. Reinhard Kirpes devotes his energy to helping people from Kosovo, who are often traumatized, to fight for a German residence permit on humanitarian grounds. But, he admits, securing such a permit is getting harder. He says that in light of Germany's new tough stance on asylum-seekers, he is not surprised by the plight of the Sali family. "Twenty or maybe 10 years ago, Germany was much more humane, but these days things have become much harsher, not just since [German Interior Minister] Horst Seehofer took office."

In early 2015, German authorities declared Kosovo a safe country of origin — implying that individuals need not fear political persecution there. "Of course, there is no political persecution in Kosovo like during the 1990s," concedes Kirpes. "But Kosovo certainly is not a safe country of origin for Sinti, Roma and homosexuals." Even so, few people from Kosovo have a realistic chance of being granted a residence permit in Germany. Most are deemed economic migrants.

Last year, merely 9,222 people from Albania, Kosovo and Montenegro applied for asylum in Germany — one-tenth the number of applications in 2015. Of these, only 264 applications were successful. "Those who arrived in Germany after August 31, 2015, and apply for asylum have zero chance of being successful — only those who came before them might manage," Reinhard Kirpes says. He is certain Germany will not soften its stance on deportations any time soon. "I would be happy just see the status quo remain in place."