The stories of migrants are usually associated with great tragedy, especially when it comes to perilous sea crossings on the Mediterranean. But two entrepreneurs in Berlin hope to change that narrative by turning rubber boats used by migrants into stylish bags.

There are tens of thousands of refugees who in the past few years have had to take on extremely dangerous journeys in hopes of reaching Europe. While many of them have managed to reach the shores of countries like Greece and Italy, many others lost their lives while trying to navigate the perilous waters of the Mediterranean Sea in improvised sea vessels.

With pictures of overcrowded rubber dinghies at sea making headlines since the height of the refugee crisis in 2015, the idea of trying to challenge and change perceptions about these makeshift boats seems almost absurd; many people associate nothing but floating death traps with those rubber boats, with more than 3,000 migrants dying while attempting to cross the Mediterranean last year alone.

Bags out of rubber boats

But two Berlin-based social activists are hoping to use their fashion initiative to get people to rethink that narrative of the refugee crisis: Nora Azzaoui, 31, and Vera Günther, 31, founded "Mimycri" – a non-profit association that makes bags and backpacks out of leftover rubber materials from boats used by migrants on their journeys to Europe. Their products are stylish, practical, enduring. But above all, they tell stories – not just of suffering, but of much more.

"On (the Greek Island of) Chios on the beaches, all the plastic is just lying around from the broken boats," Günther explains.

"We want to process the plastic waste that lies on beaches in Greece into something new." 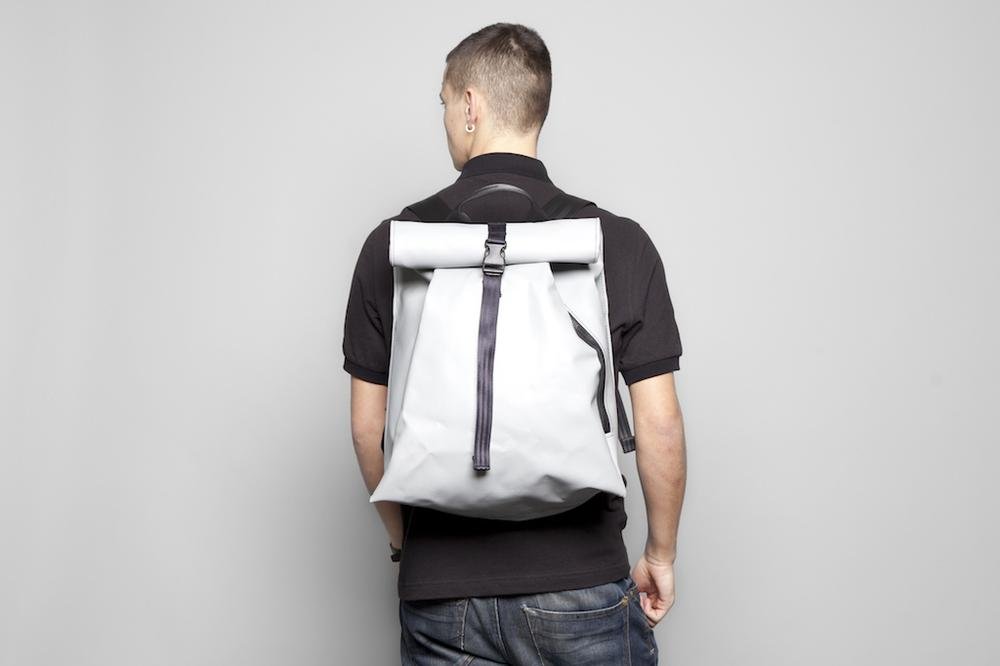 From trash to treasure

The idea seems as bold as it is simple: making bags from materials that would otherwise be discarded and thus widening the circle of people that are part of the story of those materials. And with Mimycri also hiring migrants in their workshop to make their products, the small company is not only turning trash into treasure but also helping to build new lives.

"We want to create new job opportunities for the people who came as newcomers and have great talents," Vera Günther stresses.

One of the people working as part of the team is Abid, a migrant from Pakistan, who is in charge of stitching the bags together using an industrial sowing machine. The 35-year-old knows the material that passes through his hands each day quite well: not only was he forced to get on a rubber dinghy himself as part of his journey to Europe in 2015, he was also put in charge of steering the vessel in the direction of the Greek Isles with nearly 50 people inside it. The vessel almost capsized.

"Sometimes I think of it when I hold this material in my hand. But that's past. I live now through this work," Abid said in an interview with the UN Refugee Agency, UNHCR. 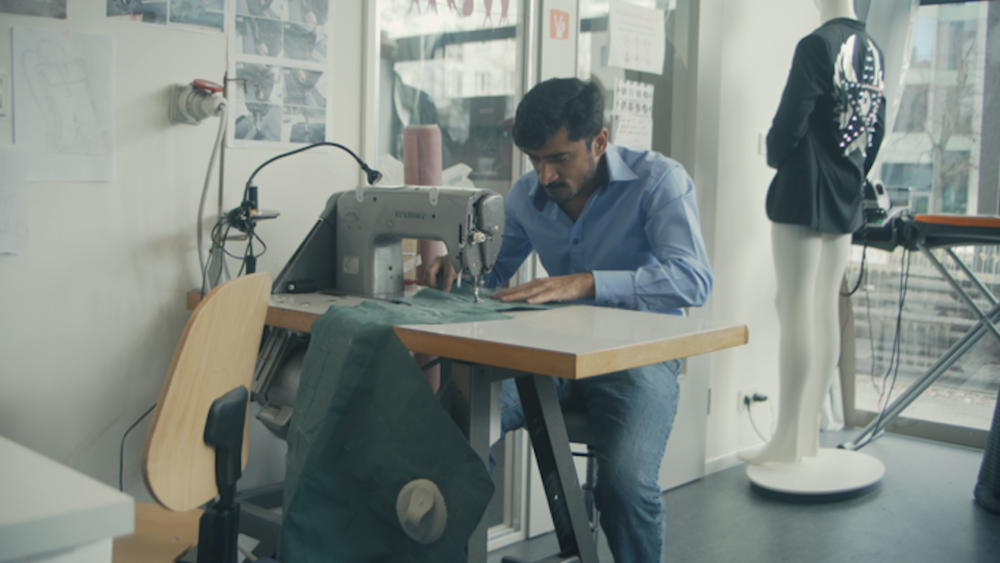 On any given day, the rubber that he stitches together could just be from the boat that he was on, linking his old life to his present. But Abid is adamant that despite this emotional charge, he actually loves his job: "I make a lot of things, beautiful things, and people use them," he says.

Other than Abid, there is also a product manager from Iran, a tailor from Syria, a designer from Turkey in addition to other several other nationals from various EU countries, who are all on board the project together. Mimycri is a truly international work environment right in the midst of Berlin's Prenzlauer Berg district that embraces diversity and supports people from different walks of life coming together to change perceptions about one of the biggest narratives of our times.

While some might find the idea of the bags a bit macabre, the team behind Mimycri acknowledge that they have a responsibility to handle their products delicately in order to achieve a real change in perception: "What's important is to be able to change people's views in a way that they see that not everything is what it seems to be at first sight," Azzaoui told DW in a past interview.

The initiative also stands out for its ecological considerations. It is the epitome of upcycling, going to great lengths to preserve a fabric that would otherwise eventually end up in a garbage dump – a fabric that has shaped the course of Europe's contemporary history. 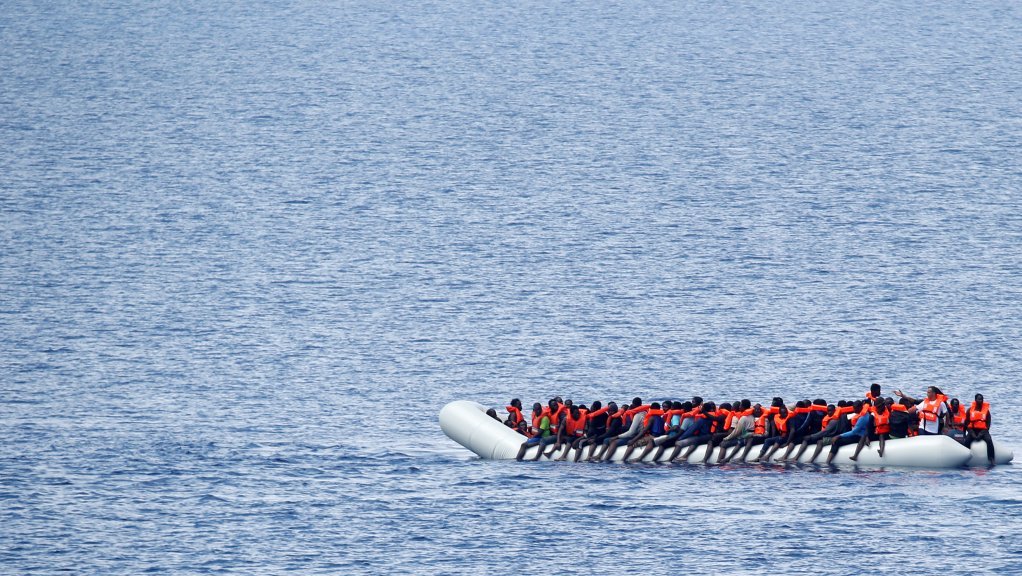 Nora Azzaoui explains that when she saw all the leftover rubber boats of the Greek island of Chios, while she was volunteering there in 2015 and 2016, she started to think about "how can we use this material?"

"And the most natural thing that came to mind was to use this material to make long-lasting bags out of it. This resource carries a story full of hope and full of tragedy at the same time, but our belief is that nobody will be helped if we leave this waste as waste."

Günther adds that Mimycri makes "history tangible by introducing this material in the form of a bag into our society."