The CSU leader has toed a fine line: While accepting Merkel's authority, Seehofer said the chancellor wasn't sticking to the coalition agreement. He added that certain compromises with EU neighbors would be unacceptable.

German Interior Minister Horst Seehofer called on the leading members of Germany's ruling government coalition to do more to make sure that controversial holding and processing centers for asylum-seekers would be opened across Germany.

In a 20-minute interview with German public broadcaster ARD, Seehofer, a member of the conservative Bavarian Christian Social Union (CSU), aimed his remarks at German Chancellor Angela Merkel, head of the Christian Democratic Union (CDU), and the head of the Social Democratic Party (SPD), Andrea Nahles.

The CDU/CSU and the SPD are currently governing Germany in a grand coalition, which was badly shaken earlier this summer when Seehofer threatened to break with Merkel's migration policy.

Seehofer said that the holding and processing centers for refugees, which go by the acronym name of "Anker" in German, meaning "anchor" in English, were part of the German coalition agreement. He called on Merkel and Nahles to abide by the agreement and support the establishment of more such centers across German.

"The coalition agreement holds," Seehofer said. "And now the heads of the other parties need to make sure that these anchor centers are implemented. The CSU in Bavaria implemented them."

The first anchor centers were opened in Seehofer's homestate of Bavaria on Wednesday, where his conservative Christian Social Union (CSU) is facing elections in October in which it fears losing votes to the far-right populist Alternative for Germany (AfD).

The coalition agreement states that future asylum processing should take place in "central" anchor centers. However, the text does not specify locations or total numbers of such centers, focusing instead on how the centers will process ayslum requests and the intended goals. 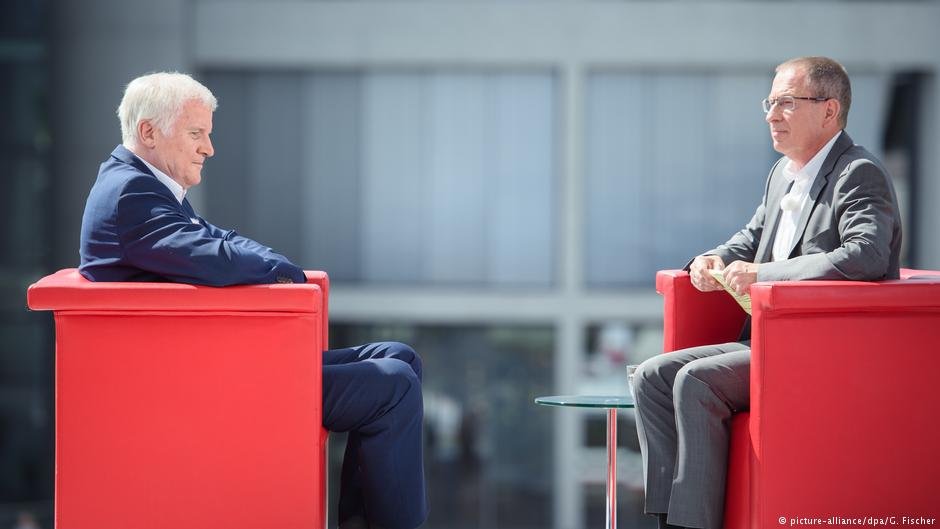 The ARD interviewer pointed out that coalition agreement governs the federal level while the centers are to be opened and run by Germany's 16 states.

So far, no other states have opened similar centers, with only Saxony and Saarland expressing potential interest.

Seehofer's popularity has taken a hit over the past months since he ramped up his rhetoric and challenged Merkel over her desire to find an EU-wide answer to the challenges of migration by threatening to turn back asylum-seekers entering Germany who were registered in another country.

A recent Deutschlandtrend poll showed that only 27 percent of German's were happy with Seehofer's performance compared to 46 percent who were content with Merkel's.

In Sunday's interview, Seehofer deferred to Merkel's political authority as the German chancellor to set policy. "As a member of the government, one always has to accept this [authority] as a given ."

However, he said he saw no need to take back any of the sharp — and highly criticized — words he had issued in the past on the subject of migration. 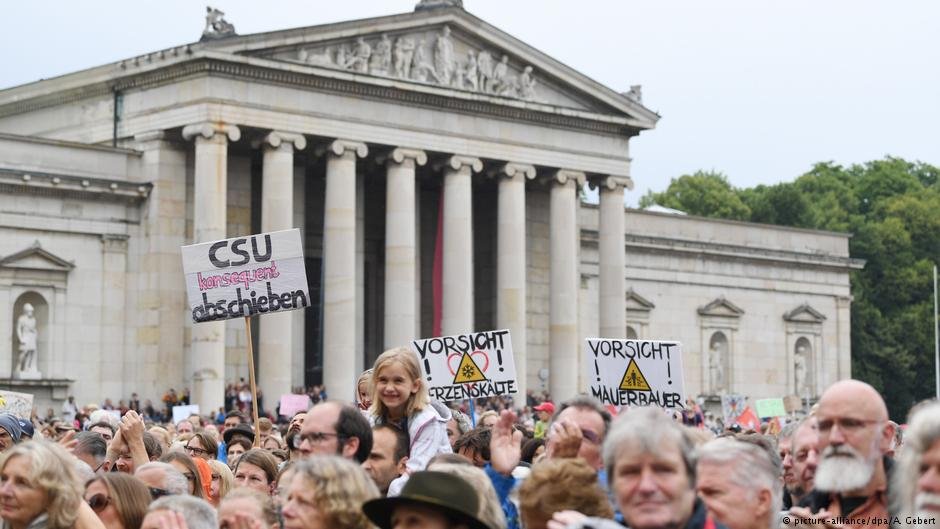 After self reflection, "I have not come to the conclusion that anything wrong was said," Seehofer told the ARD interviewer. He singled out criticism of his use of the word "asylum tourism," stating that it had been used first by the European Commission years ago in a report.

Despite the CSU's falling popularity, Seehofer said he was sure that the party could win an absolute majority in October's regional elections in Bavaria. "The party is in a good mood and highly motivated," he said.

Recent polls have shown that the CSU could fall short of an absolute majority, which would be a historic blow.

Seehofer also addressed the near future, stating he hoped to get "clarity" this coming week on whether bilateral agreements could be arranged that would govern the return of refugees from Germany to other countries, in particular, Italy and Greece. 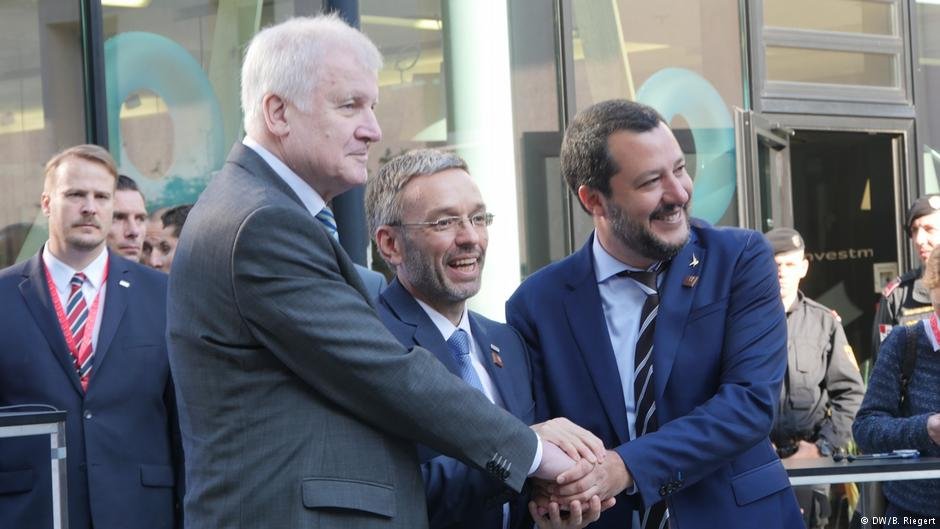 Merkel had put forth the potential for bilateral agreements ahead of an emergency EU summit in July, but so far there have been no agreements, and both Greece and Italy have said that Germany should take in other refugees in exchange for sending back others to the Mediterranean countries.

In his interview, Seehofer underlined that a net intake of refugees by Germany would be unacceptable.

"We can't sign up to that, the German people wouldn't understand if we took in more refugees than we sent back," he said.

German authorities also increasingly worry that many of the migrants arriving in ever-larger numbers Spain may try to reach Germany via France and Switzerland.