He was instrumental in devising the EU-Turkey refugee deal, which was signed in 2016. But Gerald Knaus is far from thinking his work is done. The migration expert is trying to find new solutions to the changing patterns of Europe's refugee situation.

His name has become synonymous with the so-called EU-Turkey refugee agreement - at least among those who deal with the contentious issue of immigration to Europe at a policy level. For Gerald Knaus, the EU-Turkey deal is just one of many steps that Europe needed to take as patterns in migration keep evolving.

Given the current divide over migration policy, Knaus says that the EU should ignore its political impasses and instead opt for establishing a coalition of willing countries to tackle the issue head-on outside the realms of influence in Brussels and Strasbourg.

"European countries that want to consolidate control over external borders while still preserving the right to asylum need to finally get serious about setting in place a system that makes a distinction between those who arrive in Europe needing protection as refugees and those who do not need it," he told InfoMigrants in an interview, explaining the basis for his latest proposition:

His idea is to open a new migrant reception center in Spain to address the surge of migrants arriving there, especially from Western Africa. 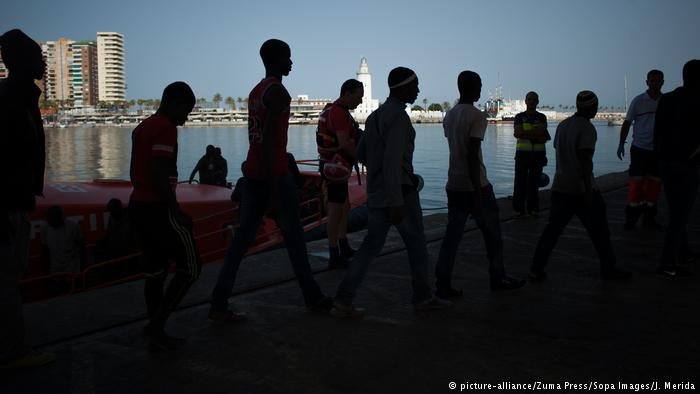 A solution for and with Spain

His suggestion is a straight-forward solution to the recent influx of migrants arriving in Spain: Knaus wants to create a single place "where those who apply for asylum could have their procedure including its appeals taken care of, leading to a decision within a few weeks."

"We know that this is possible because some European countries such as the Netherlands already have such a system," he stresses. But he also concedes that erecting such a reception center would have to come at a certain cost to the EU as a whole.

"This only works if we combine this idea with agreements with countries of origin where we offer those countries certain things in return that they have been asking from EU for years for taking back anyone who does not get protection in the EU - such as mobility partnerships, a contingent of scholarships and as contingent of legal migration.

"This combination will send a signal that those who do not need protection, which is the vast majority of people who reached Spain and Italy in recent years, should not even embark on these dangerous journeys because the chance of them being returned within a few weeks is very high."

Not a repeat of EU-Turkey deal

Knaus' suggestion is similar to the agreement between Turkey and the EU. The deal signed in March 2016 was intended to reduce the number of migrants reaching the European Union by providing Ankara with generous funds to the tune of 3 billion euros to address the plight of the 3 million refugees in Turkey. There have been problems with the implementation of the deal, but "nobody has proposed anything better," Knaus highlights. 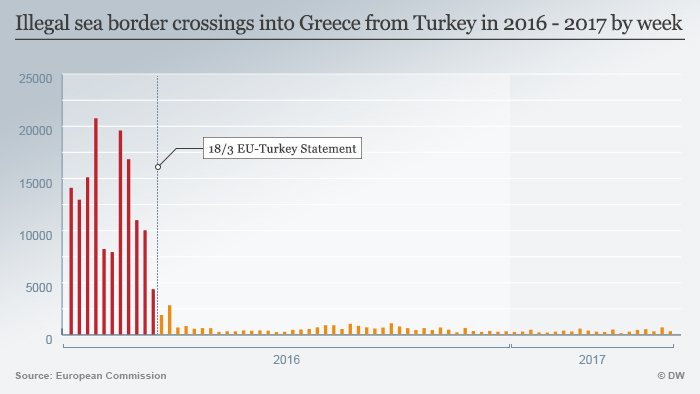 "This is why everyone is sticking to this agreement, including Turkey, which in itself is noteworthy considering the tensions that have existed between EU countries such as Germany and the Netherlands, who negotiated this deal, and Ankara. The implementation (of the deal) has actually fallen short on the European side, with asylum applications for migrants in Greece taking too long. This is why we cannot look at the deal as something worth emulating in Spain, because the EU hasn't kept up its side of the deal. What we need for Spain is a similar solution, but one that works, where cases are processed quickly.

"But in addition to what's happening in Spain, it is still very important that the EU-Turkey deal is fully implemented the way it was intended."

Knaus says that what's most important is to find "practical, credible" solutions. He criticizes EU politicians for suggesting ideas without explaining how they would be implemented, saying they could jeopardize the very values on which the European Union rests:

"There's no use when different European politicians propose something for years without ever explaining in detail how it could work. Shipping migrants on platforms in the sea or to migration centers in North Africa… these are completely irrelevant suggestions when there is no plan of implementing them. Politicians use these ideas to gain political influence – but not to solve these major problems (of migration) we are facing.

"We need solutions that can work now. Not ideas that have been floating for two years and won't be implemented for another two years or likely much longer. Finding such solutions is vital not just to stop this massive number of deaths at seas but also to preserve the foundations and values of Europe."