A protest in Huelva in southern Spain put a spotlight on the dire conditions of migrant farmers in the Spanish farming business. The problem is widespread: Hundreds of migrant women working in the farming sector suffer abuses - not only in Spain, but also in Italy and Morocco, as an investigative report revealed.

An investigation conducted by German journalist Pascale Müller and Italian photojournalist Stefania Prandi revealed the dark side of the strawberries and tomatoes that Germans and other Europeans buy daily at the supermarket: Harassment, insults and rape are part of the daily life of women working in the fields — many of them migrants coming from Morocco and Romania.

The migrant women, the journalists discovered, live in houses without a kitchen and sleep in shared rooms. The workers were able to shower only once a week, even at temperatures of around 40º C. The women work under difficult conditions, have long work days, and earn less than 30 euros per day. They themselves described their situation as “hell” and a “nightmare”.

“My colleague had already worked on this topic in Italy and I came on board when she asked me to join her to investigate this situation in Spain. We felt this was something not covered at all and wanted to find out the scope of it,” Pascale Müller told InfoMigrants. 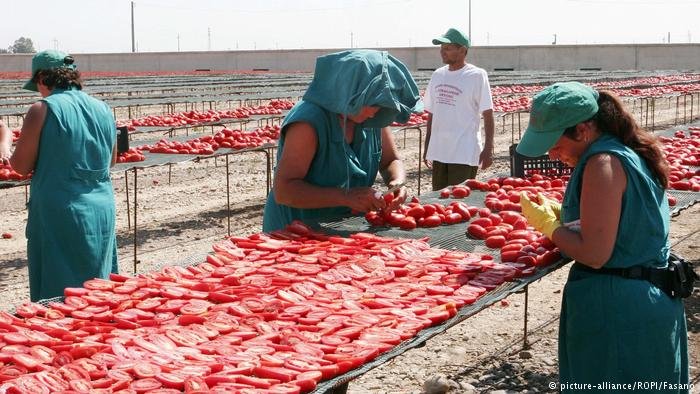 Stefania Prandi started investigating on her own in 2016, and she was later joined by Pascale Müller and together they launched a crowdfunding campaign through the German investigative news website, Correctiv.org. The German news daily RTL Nachtjournal and BuzzFeed News came onboard early in 2018. The investigations were published on April 30, 2018 by Correctiv and on BuzzFeed News Germany and Spain.

Over two years, roughly one hundred women were interviewed. “Originally, we also thought about going to Tunisia or Greece but settled for Morocco and Spain, as they are such big producers, especially for German supermarkets,” Müller adds.

Power of the Mafia

In the Italian region of Apulia, around 40,000 Italian women and 18,000 female migrants are irregularly employed in the agricultural sector, the report finds. A similarly high number of female farmers work in the countryside around Vittoria, a town in the province of Ragusa. It is one of the main regions for cherry tomato production, and up to 5,000 Romanian women work there as tomato pickers.

“In the Italian labor sector, exploitation is linked to criminal organizations, such as the Mafia. Illegal intermediaries - so called caporali - recruit cheap labor for companies and control workers. They charge them for transportation and accommodations, in case the workers are immigrants,” said Stefania Prandi to InfoMigrants. 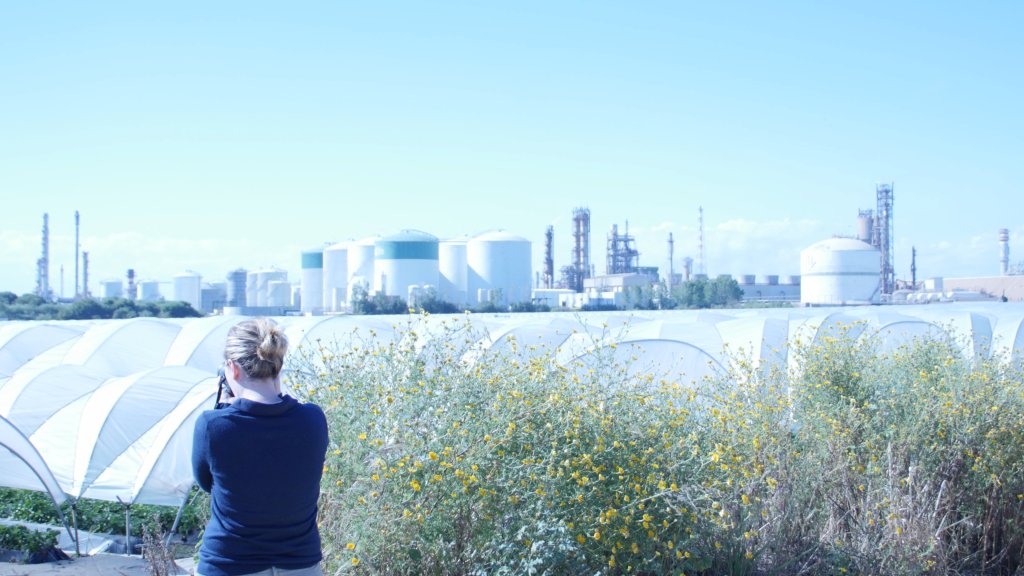 “As a result of the economic crisis and the spreading of precarious employment contracts, the problems of sexual harassment, blackmail and violence against female workers in farming have gotten worse,” adds the Italian photojournalist.

The pursuit of economic interests creates an environment which lends itself to these abuses and exploitation which have increased over the past 20 years. “Reporting to the authorities, if even attempted, is often mostly unsuccessful because women are not believed or because the law doesn't work,” said Prandi.

Data compiled during the investigation shows a high abortion rate, mostly for migrant workers. The same was the case in Palos de la Frontera in Spain. However, official statements on this topic were hard to come by.

The growth of the agriculture sectors in both countries relies on cheap labor. This labor force can be found in mostly unskilled female workers, whereas in contrast the bosses are often men. This often “creates power dynamics that enable abuse of power and sexualized violence,” said Müller. “A social worker in the Huelva region told us about the high rate of abortions during harvest season, but she did not give us official data on that. This made it very hard to get to obtain hard information,” Müller explained.

In Spain, the journalists faced similar challenges in that many authorities and NGOs did not want to meet for interviews, the team explained.

Only a representative of a small union, Sindicato Andaluz de Trabajadores (SAT), helped them to discover more about it. “The SOC Field Workers Union integrated in the SAT denounced labor and sexual abuse already back in 2006”, spokesperson José Antonio Brazo Regalado explained to InfoMigrants.

The women workers from Morocco are often illiterate and they usually have children back home. “This makes them easily exploitable,” said Müller.

Calling out these abuses remains a challenge: The women often struggle with isolation, language barriers and financial dependence. "They do not have access to any sort of independent reporting mechanism, and often they do not even know how to get from their housing on the farm to the police station, because there are no buses,” Müller explained.

Nevertheless, in May, some of them broke the silence and denounced these abuses. Ten women from Morocco filed a complaint in Spain. A historic protest march of women in Huelva set the precedent for more demonstrations: Several cities organized protests against labor and sexual harassment by managers and entrepreneurs in the strawberry fields. “The impact was brutal, with many organizations holding rallies in solidarity in many cities of Spain," said Brazo Regalado.

The journalists finished their research in Morocco, where women working in the fields are mostly local. “They might come from other regions but they speak the local language and thus are a little less vulnerable than those coming to Spain. Also, in Morocco people were less reluctant to talk,” said Müller.

The data compiled during the investigation confirmed this openness. During hearings with workers in 19 different neighborhoods of farm workers in the north of Morocco, an association called Shaml found 855 cases of sexual assault, ranging from harassment to rape, in 2014.

The impact of this investigation has been far-reaching. Aldi Süd, one of the most popular German supermarket companies, announced in June that it will stop buying Spanish strawberries from the producers that abused of these women. Also, the Moroccan labor ministry issued a statement defending the temporary contracts. This practice — between Spain and Morocco — is what enables the hiring of migrant women to work in the fields of the province of Huelva. 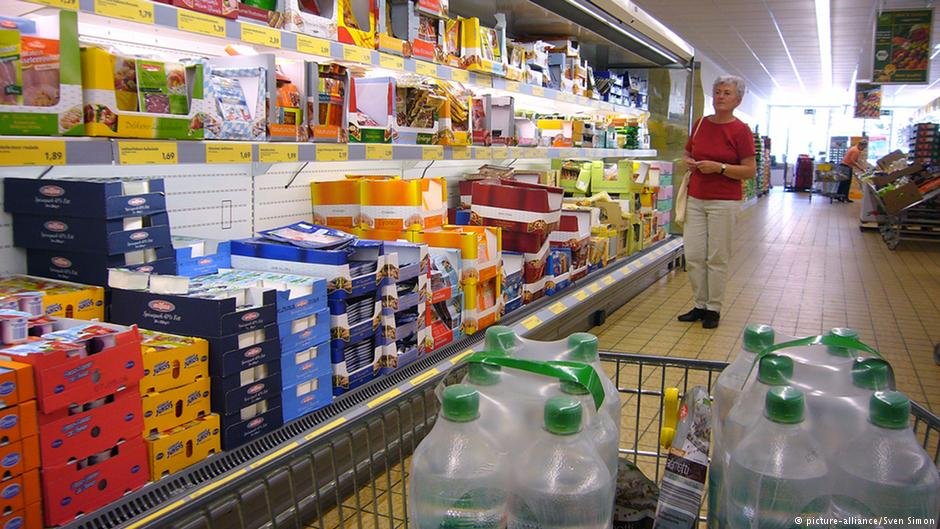 “Their delegation that visited the fields in Spain did not find similar results  — but they also went with industry representatives to selected farms,” said Müller. As for the abuses happening in Morocco: “they did not comment on that.”

In Spain, many Moroccan women's labor status has been regularized. “We are preparing meetings with different organizations for the next season”, announces Brazo Regalado.

Another issue to follow is the impact that all these abuses will have on the European aids. Prandi will launch a book next September, discussing the Italian case at the European Parliament. In November 2016, the country introduced a new law against labor exploitation in agriculture.

“In case violence, threats or intimidation are used in the employment process, the prison sentence can increase to up to 8 years and fines up to 2,000 Euros per worker,” says Prandi. Can this Italian legislation become the example for the EU to follow?