Perpetrators or victims: Are the wrong people being imprisoned for people smuggling in Italy?

The crime of people smuggling carries a penalty of 5 to 15 years in prison and high fines. But usually, the people sent to prison are migrants who claim they were forced to navigate the Mediterranean by Libyan gangs who evade capture.

Since April 2015 until the beginning of August, Faye has been serving prison time and then house arrest on the Italian island of Sicily, accused of being a so-called "Scafista” - a modern day people smuggler. In a video made for Spiegel Online in collaboration with the European Journalist Centre (EJC), he speaks in Sicilian accented Italian. He looks resigned, claiming that he paid, like all the other migrants, to reach Italian shores. “It’s not fair,” he adds. “On my first day in Italy, I was arrested and the others went free.”

Stories like his are backed up by one of the judges in Palermo who has tried a number of similar cases. “These men were often forced by armed Libyan gangs to bring the boats across,” Gigi Omar Modica explains in an interview with Radio Radicale in December 2016. His sentences are starting to change the way some people in Italy see this crime and the situation which led to it. Modica says these men are normally victims, but if people die at sea their potential sentence multiplies as they are accused of multiple counts of murder. 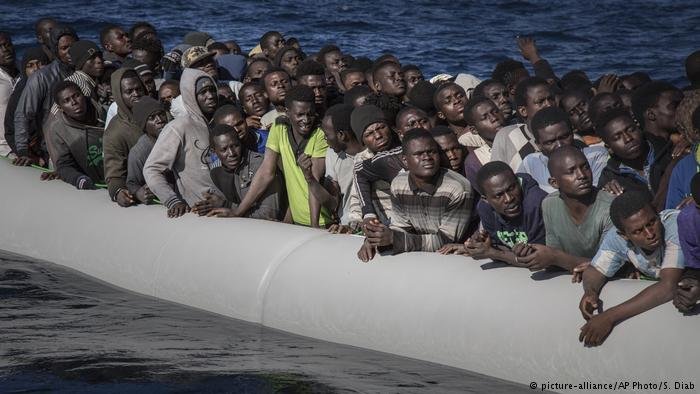 According to Spiegel Online, Faye himself received a sentence of 3 years and 4 months in prison and an 800,000 Euros fine. The Italian justice system has set a price of 15,000 euros per smuggled person to be paid by those who are accused of people smuggling. It is a sum which Faye will never be able to pay back. Since August 2017, Faye, after a request by his lawyer, was moved to an organization, Terra Viva, near Catania, where he could serve the rest of his sentence. Faye received his deportation notice for August 6 this year, immediately after he had served out his allotted sentence.

Terra Viva is run by Giuseppe Messina, who describes his work as a kind of religious calling. Faye is not the only “Scafista” living there. The organization expects those sentenced to live there to work for no money, rebuilding walls, gardening and selling vegetables at the weekend. The inmates and residents do Italian courses, learn to cook and live alongside others who have been marginalized from mainstream society, either because of disabilities or because of crimes committed. 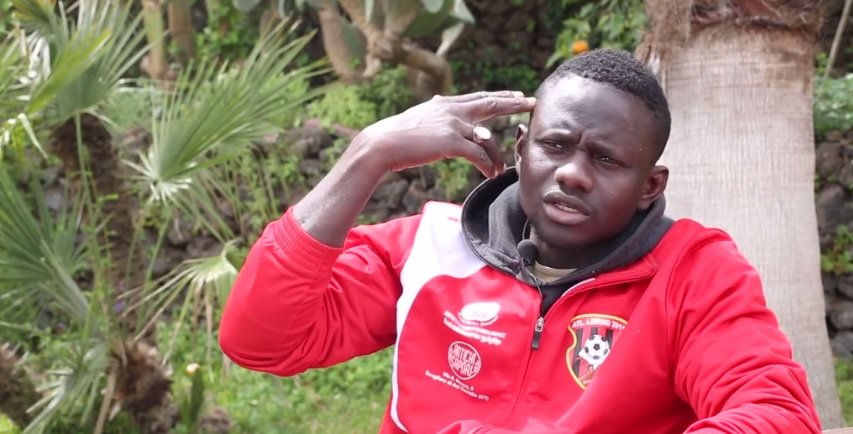 In 2016, at least 2.5 million migrants were smuggled worldwide, according to a United Nations Office on Drugs and Crime (UNODC) study released in June 2018. The report estimates smuggling generates an income of up to 7 billion US dollars; a sum equivalent to what the US and the EU combined spent on global humanitarian aid in 2016.

Jean-Luc Lemahieu, director of policy analysis and public affairs at the UNODC, says it is a crime which “preys on the most vulnerable of the vulnerable and to combat it requires global action. But is imprisoning the boat navigators the way forward?

Modica, the magistrate thinks not. “These people are usually victims of the system,” he explains. And the cases are difficult to prove and difficult to try. True to type, he carefully qualifies that of course every case is different. But how does a judge go about gathering reliable witness testimony in Libya -  a territory which is, in part, still at war? Sometimes, he concedes these people have taken on the task of navigating the boats in return for a free passage, but other times, they are, as Faye claims, constrained at gunpoint. 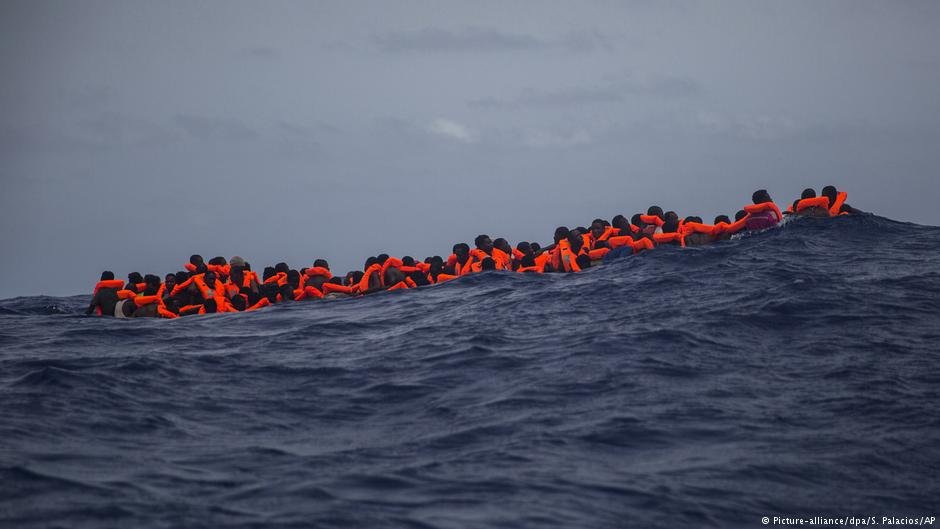 When Faye was arrested, the local newspapers in Sicily reported that he was arrested because of the witness statements of the other migrants on board the rubber dinghies as well as pictures taken of the boats. He still claims that he had never piloted a boat before in his life. He’d only ever been to the seaside with friends and played in the shallows, he said, gazing at his shoes. “The Libyans are the ones that did this, they took us so far,” Faye claims. “I just saved my life, and I saved the others’ lives too,” he adds. “Now I am the one who sleeps in prison and everyone else is free. It is wrong.”

Carlo Parini is a police officer in Sicily who has been present at many rescues of overloaded migrant boats over the years. Talking in a video on Spiegel Online he explained that the police investigations start with the first pictures of how the migrants are distributed in the boat. Then they check their countries of origin and then they check who might have things like a SAT phone or GPS navigation equipment on them. Lastly, they ask the other migrants to try and identify who the smugglers are and who piloted the boat.

Parini agrees that normally the story emerges that Libyan smugglers will accompany the boats to the edge of their territorial waters and then leave them to finish the journey alone, leaving on a second motorboat and returning to Libya. He goes further, “most of these individuals who piloted the boats don’t seem to have been part of the smuggling organizations. In fact, mostly they just did it to survive and get them and everyone else to safety. Most of them don’t even seem to have done it to earn money, they have done it to avoid drowning, and could even be said to have ‘heroically’ overcome the difficulties facing them.”

The magistrate Modica goes further. In the Spiegel article, he points out that Article 54 of Italy’s legal code says that someone who is forced to do something in order to save themselves or others cannot be punished for the fact. The difficulty of course when gathering proof is to ascertain whether or not the story they tell of having been forced is indeed true. 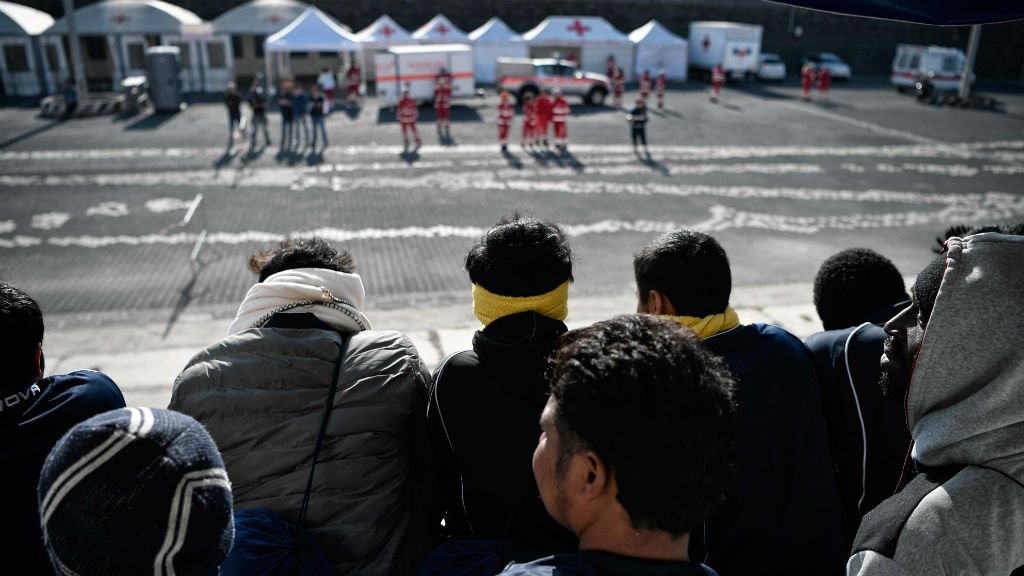 The UNODC study points out that some migrants who were successfully smuggled go on to become smugglers themselves. The study concludes that to tackle the crime, countries need to take into account the contributing factors to the situation. They need to create more regular migration opportunities, thus reducing the opportunities for smugglers to profit with people who see no other option.

Since the new government came into power in Italy in June 2018 the policy towards migrants has changed. Italy has started closing its ports to NGO ships like the Acquarius (although the Italian coastguard continues to save lives). Recently the Acquarius, after a long stand-off with refugees and migrants aboard, docked in Malta and is distributing its mostly Eritrean and Somali passengers between France, Germany, Spain, Portugal and Luxemburg.

In a live broadcast on Facebook in June 2018, talking directly to the Italian people the Italian Interior Minister and Deputy Prime Minister Matteo Salvini, from the anti-immigration party La Lega Nord (The Northern League – rebranded as La Lega for the 2018 election), insists that if you want to cut the business of illegal people smuggling and stop the “disgusting human beings the smugglers (scafisti) that I won’t even define as human beings” then you have to come down hard; because these people are “endangering African and Italian lives” in the process. After more than 20 minutes in which he criticizes the “so-called NGOs” operating in the Mediterranean for obstructing the work of the Italian and Libyan coastguards, “the state has to start being a state and borders have to regain their sense.” He reiterates that NGO boats are essentially aiding the smugglers, acting as taxis, and that Italy will no longer be a de facto “refugee camp.” 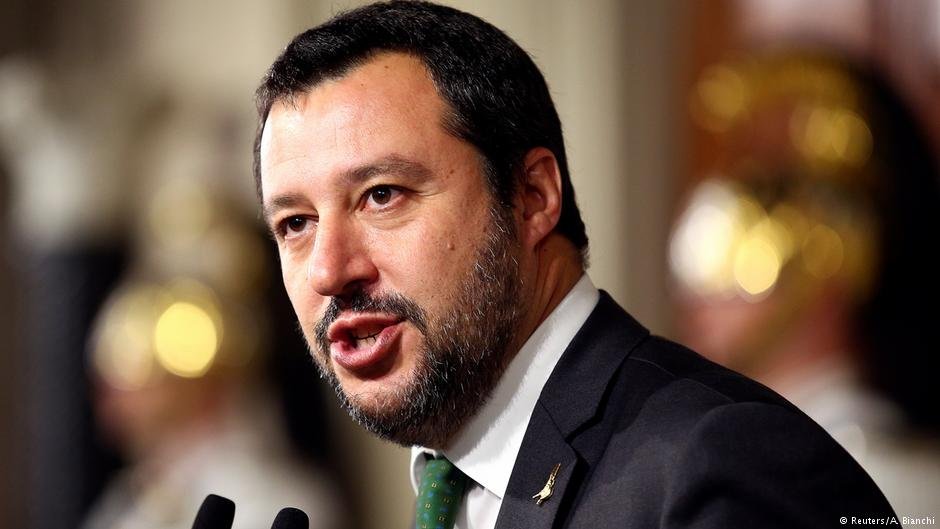 A couple of years before, Italian newspapers would occasionally report on judicial investigations into the smuggling rings in Libya. Teams were sent over to gather evidence and intercept the phone calls of the big bosses who appeared to be Ethiopian in one case and Libyan in another. More recently, the judicial teams in Palermo and Catania have also opened investigations (now closed) into the NGO boats themselves. In Salvini’s broadcast, he twice rubs his fingers together when talking about the NGOs in a manner which would appear to indicate (although he never verbalizes it) that this is a lucrative business for them too.

Concrete data as to who is really behind the thousands of people who attempt to make it across the Mediterranean on rubber boats has still not been released by the Italian authorities. It seems, despite the tough talking about cutting off the smuggling routes, the masterminds who send the “desperate people” as Modica describes them, clinging to a rubber boat in the hope of reaching Europe are still no nearer to being identified or punished for their crimes. Meanwhile, people like Faye are doing jail time in Sicily and the boats continue to depart from Libyan shores.