African migrant numbers rise, but not all are considered refugees

As the German Chancellor Angela Merkel continues her three-nation African visit, migration remains high on her agenda. Across the continent, millions of people flee their homes because of war or persecution. Others from countries like Nigeria - the last stop on Merkel's tour, leave because they want a better life for themselves and their families. Once in Europe, some will be granted protection, but others won't be so lucky.

According to the United Nations, about seven million of the world's 25.4 million refugees live in Africa. Across the continent, there are another 16 million internally displaced people, of a total of 40 million worldwide.

Where do Africa's refugees come from?

Of the ten main countries of origin of refugees, seven are in Africa, the UN says. These include South Sudan, Somalia, and Sudan which, as migration flows increase, has also become a major host country.

According to the International Organization for Migration (IOM), the Central African Republic, Chad and Mali are currently the main countries of origin of refugees. 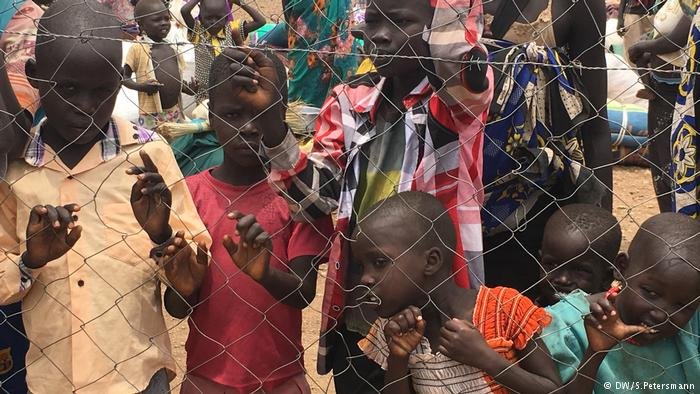 Large numbers of refugees from these countries make their way to Germany to seek asylum. Last year, German authorities made decisions on roughly 130,000 asylum applications from African nationals. Figures from the Federal Office for Migration show that the main African nationalities applying for asylum are Eritreans and Somalis. In the past six months, 3,931 Eritrean nationals and 3,374 Somalis sought asylum in Germany.

Eritrea has an autocratic president. There is no political opposition, no separation of powers, and no free press. Critics of the regime are often detained without trial. In Somalia, one of the poorest nations in the world, conflict and violence are the status quo.

Where do migrants come from?

Just over half of Africans who leave their homes in search of jobs remain in Africa. About a quarter journey to Europe, while the rest end up in Asia and North America. Among the main countries of origin of these -- sometimes called "economic migrants" -- are Nigeria, Ghana, and Senegal, the nations on Chancellor Merkel's itinerary.

In Nigeria, Africa's most populous country, around 60 percent of people live in extreme poverty. Parts of the country are affected by terrorist activities. However, Germany considers Nigeria to be a democracy with no state persecution. Migrants from Nigeria have very little chance of being granted asylum or refugee status in Germany. Yet very large numbers continue to try. After Syrians and Iraqis, more Nigerians apply for asylum in Germany in the first half of 2018 than from any other country.

The journey to safety or to find employment  typically involves long and treacherous journeys through so-called transit countries, usually Niger or Libya. International aid workers have claimed that more migrants die of thirst in the Niger desert than have lost their lives trying to cross the Mediterranean. Yet the IOM reports that greater numbers are on the move, adding to pressure on countries such as Niger, Chad and Mali which are becoming not only countries of transit, but, increasingly, destinations as well.