A German right-wing aid organization is allegedly assisting Syrian refugees in Lebanon - their main aim being "the realization of the identitarian demand of local aid in the countries of origin." But does the initiative really make a difference for the lives of refugees, or is it simply a political ploy?

A German aid organization with ties to the right-wing identitarian movement is raising money for Syrian refugees in Lebanon as a way to fight mass migration to Europe. The organization is called the Alternative Help association or "AHA!" as they call themselves.

On its website, the association claims it tries to help those "who cannot or do not want to leave their home countries." The organization further states it is the "first patriotic aid project implemented in the Middle East." "Our goal is, to help people to help themselves locally, so that they see a future at home, for themselves, their families and their villages and homes. ... Mass migration to Europe cannot be a solution."

In Lebanon, Syrian refugees live among the general population, rather than in camps. Therefore, Syrian refugees have to pay rent and other living costs such as food. The organization collects money to help those refugees pay their living expenses such as their rent.

The AHA! Association often criticizes other refugee help organizations which help migrants seek asylum in western countries. The impact of the organization, which was founded in summer 2017, is quite small: so far, it only raised enough money to fund the rent for 10 Syrian refugee families in Beirut, NPR reported.

The initiative is not without its critics. "Humanitarian aid according to international standards should be based on the humanitarian principles and be neutral, impartial and independent," Veronique Barbelet, a research fellow and specialist in humanitarian policy at the Overseas Development Institute in the United Kingdom, told InfoMigrants. "This comes from years of experience managing aid in political context and is believed to be the principle to following order to best help people affected by crises." 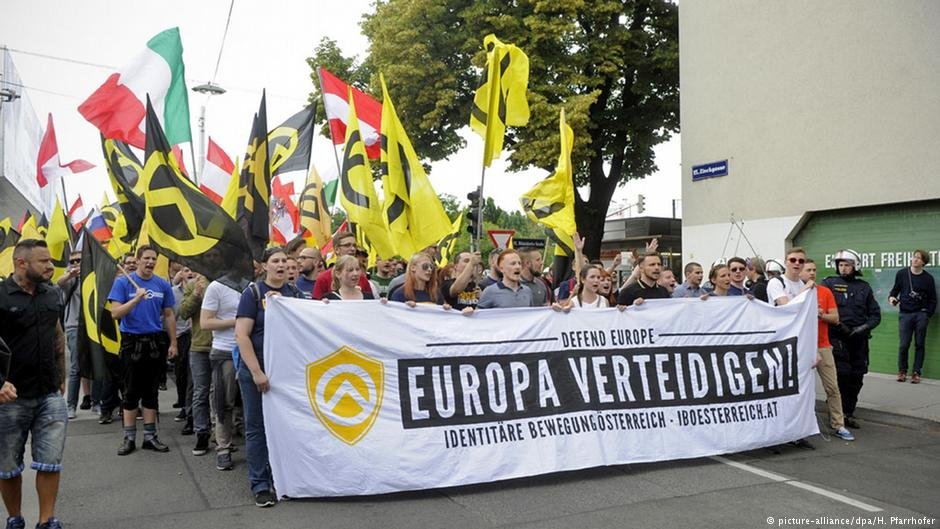 AHA! a PR campaign instead of an aid group, Scheller says

Bente Scheller, the Director of the Heinrich Böll Foundation in Beirut, said that what AHA! does is completely for image purposes. "What they give is just for PR reasons, there is no plan, no strategy directed towards easing the situation of refugees in Lebanon: AHA! wants the images of giving some money for their supporters in Germany," she told InfoMigrants.

Scheller also points out that donations to the organization do not necessarily go to Syrian refugees, but to advocacy for the organization's political motives.  "For AHA!, the refugees are a tool. There are many organizations working on refugee issues in Lebanon and very professional; whoever is interested in doing something for refugees would rather go to one of them."

One of the humanitarian aid organizations working in Lebanon is Germany-based Medico International, which helps provide healthcare for the Syrian refugees in Beirut and other regions. Til Küster, the Project Coordinator for Syria and Lebanon, told InfoMigrants that what AHA! is doing is "nothing special." He says AHA! likely doesn't work or coordinate with other organizations in Lebanon to avoid doing the same things. Not only that, he says he doubts the logic of paying the rent for the Syrian refugees as a way to assist them. "Paying the rent serves landlords - who in Lebanon - misuse the often illegal situation of the refugees and have them pay absurdly high rents for really dilapidated houses and apartments," he said.

The group also faces serious concerns in regards to its legitimacy. The organization, for one, doesn't have a 'donation seal' (Spendensiegel) - a certification that it is a valid charity that handles donations reliably. The German Central Institute for Social Questions regulates non-profit organizations and monitors their donations on a year to year basis and gives them this seal to certify that they meet the institute's standards.  "In no way is the organization recognized as charitable," Andrej Hunko told German newspaper Fokus Online.

The donation seal gives charlities a standard of credibility in Germany. "The assumption that this (the AHA!) is fake is plausible," Rainer Fritz, a member of the Cartitas aid foundation which also works in Syria, told the left-wing "New Germany" newspaper in May regarding the association.

The AHA!'s point of preventing Syrian refugees from going to Lebanon is moot, as few are leaving Lebanon to Europe. Scheller said most Syrian refugees would like to leave Lebanon because they don't have rights and are likely to not receive any legal status there. They therefore would rather return to Syria, despite the ongoing war. But going to Europe from Lebanon, Scheller said, is not a choice for them.  "Syrian refugees in Lebanon are stuck between these two options - staying in Lebanon or going back to Syria," Scheller said. "There are no refugee boats leaving the Lebanese shores to Europe. Apparently, AHA did not even care enough to understand this." 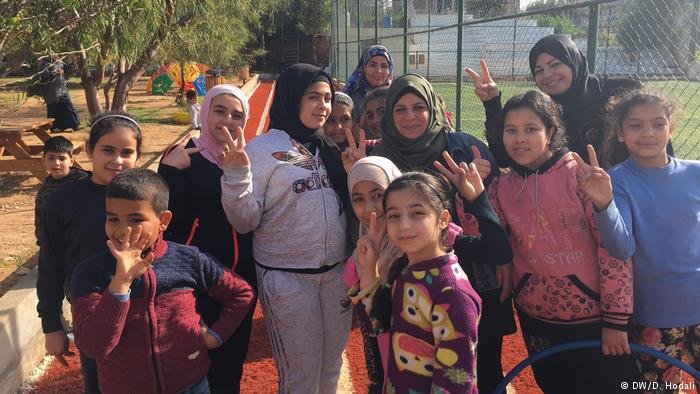 AHA!'s agenda part of greater debate on roles of NGOs in handling migration

Medico international's Küster says that AHA!'s message plays into the wider debate on NGOs and their methods on handling migration. He believes the organizations motives go "goes in hand with the current debate about rescue missions in the Mediterranean, where NGOs are being criminalized by politicians and the right-wing movements in Europe by arguing that these NGOs with their ships are only encouraging and helping migrants to come to Europe, so to help people in need and to save lives becomes a crime because it leads to a greater influx of migrants to Europe."

Küster said the AHA! group weaponizes the very notion of humanitarian aid. "Humanitarian aid is supposed to be neutral and respond to the needs of vulnerable people. This is now being used politically against the values of what it is supposed to stand for: humanity and defense of human rights."