With the help of Interpol, 200 Sudanese officers have dismantled an operation that forced 85 minors into intensive labor. Interpol officials said the number of nationalities involved shows it's a "transnational problem."

Twelve women and two men were arrested by police. Around $20,000 was also seized during the operation, which honed in on several locations across the Sudanese capital.

Out of 94 victims, 85 of them were minors. Many of them were coerced into intensive labor, including working in gold mines east of Khartoum.

"One consistent aspect arising from our operations against human trafficking is the abuse of the inherent vulnerability of the victims, and perilous conditions they are made to work in for profit," said Tim Morris, who heads Interpol's police services.

"The diversity of nationalities among those rescued shows how human trafficking and people smuggling is a truly transnational problem which requires a coordinated international response in which police and stakeholders share information and best practices," Morris said.

Some countries have criticized Sudan for not doing enough to combat human trafficking and migrant smuggling in the country. 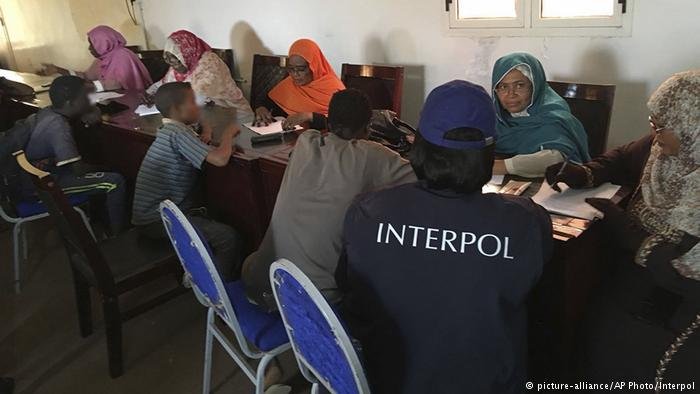 "Officials routinely conflated trafficking with other crimes, such as smuggling or immigration violations, and authorities continued to punish some trafficking victims for unlawful acts committed as a direct result of being subjected to trafficking," the State Department added.

"The government lacked capacity and resources to provide adequate protective services to victims." It is unclear whether those rescued in the operation would eventually be returned to their home countries.

According to Sudanese authorities, the country's Child Protection Union would provide immediate aid, while the Social Affairs Ministry would manage further assistance.