Do the Dublin rules need a boost?

Germany has made deals with both Italy and Portugal this week aimed at speeding up returns of asylum seekers. This followed earlier agreements made with Greece and Spain. But there is mounting political pressure to make such deportations more efficient across the EU.

Under the European regulation known as the Dublin system, member states are able to send asylum seekers back to the country through which they first entered Europe.

But long delays and complaints that the system is unfair have led to suggestions that the rules need to be reviewed or even scrapped altogether. Changes to the regulations proposed in Dublin IV in 2016 are still being debated in Brussels and Strasbourg, as tens of thousands of asylum seekers have been transferred between European countries already under lengthy procedures. Is it fair then to criticize the Dublin regulation?

Does Dublin need an overhaul?

The bilateral agreements struck with Greece, Spain, Portugal and Italy are aimed at making the return of asylum seekers faster and more efficient. They come at a time of increased political impetus for a distribution of asylum seekers in Europe that is seen as just.

In fact, recent figures seem to show that the Dublin regulations are actually working, efficiency has improved and the number of effective transfers has increased. European countries carried out the following number of outgoing transfers during 2017: 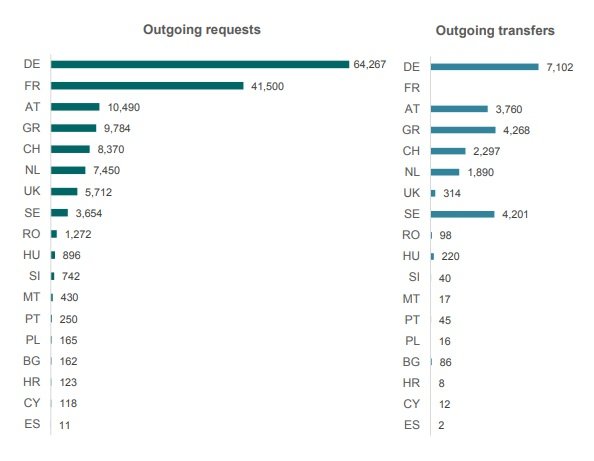 While Germany was the top sender of Dublin requests and transfers last year, the number of incoming transfers actually exceeded outgoing transfers. In other words, Germany is a net recipient of asylum seekers under the Dublin scheme.

With respect to the main recipients of asylum seekers under the Dublin system, the number of incoming transfers in 2017 was as follows: 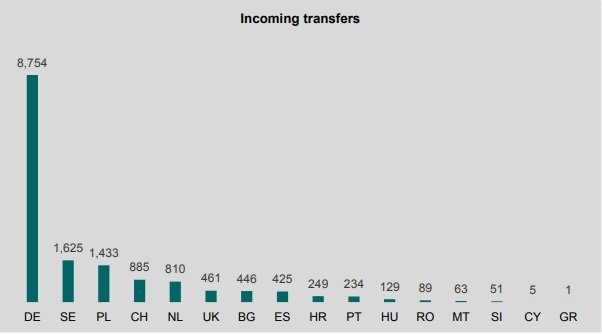 Most returned to Italy

In the first half of this year, Germany issued 30,305 requests for transfers out of Germany. The vast majority of requests were to Italy, followed by France and Greece, asking them to take back the asylum seekers for whom they are considered responsible because the individuals landed there first.

Compared with the total, Portugal received a small number of Dublin requests from Germany - just 278 - in the first six months of this year. Of nearly 5,000 transfers from Germany that happened during this period, only 84 were to Portugal.

It is not always possible for an asylum seeker to be returned under the Dublin system. Because of the sheer volume of cases, authorities don't have the capacity to carry them out. Asylum seekers also have the option to appeal a Dublin transfer order and it may be suspended or annulled by a court. In Germany, they are allowed seven days to challenge the transfer on the grounds that they cannot be sent back. Greece, Bulgaria, and Hungary are most commonly cited as states to which asylum seekers cannot be returned. 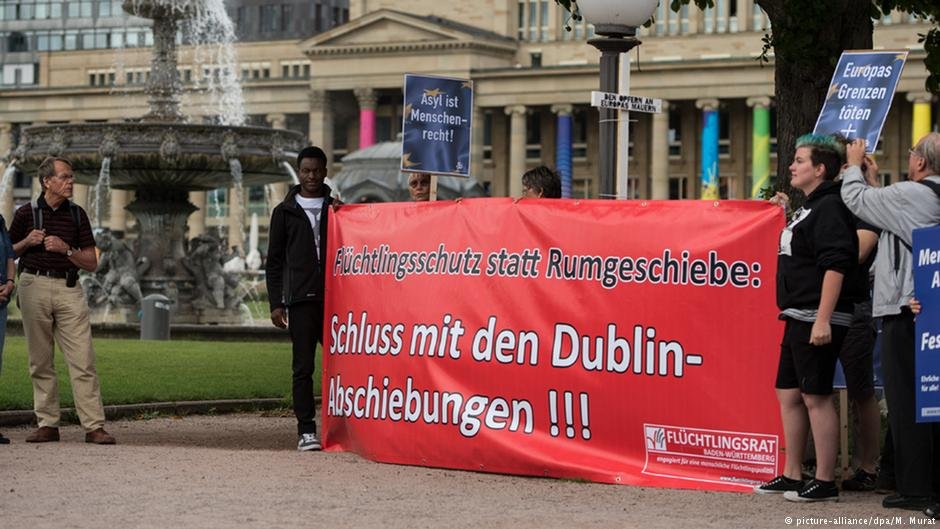 There are other problems too. When a country issues a request for a Dublin transfer, the individual asylum seekers is told that they are "in a Dublin procedure", meaning that a request has been made to send them to another country. In this event, if they don't appeal, they may go underground, rather than face deportation.

These are the areas which could be improved, says Minos Mouzourakis, from the European Council on Refugees and Exiles. "In terms of how successfully transfers are carried out, Dublin has been pretty inefficient. It's quite common to have a large number of Dublin procedures conducted, and only a small number of transfers followed through."

Bilateral deals agreed between Germany and Italy, Greece, Spain and Portugal may result in improvements such as faster requests and responses to requests, or even addressing some of the obstacles to transfers, but they do not replace the Dublin system.

"Regardless of the very difficult discussion that are happening in Brussels between member states, the existing legal framework remains applicable," Mouzourakis says.

Tinkering at the edges of the Dublin regulation, he adds, may not help. "Even if the screws are tightened a little bit and some of the deadlines are made a little bit more onerous, that's not going to magically solve what we have now."