'Language is the key to everything' for refugees

Nearly 30,000 young refugees have taken up apprenticeships in Germany in recent years. Syrian refugee Mahmoud Al Homsi is one of them, and he has got to know what makes Germany tick.

This is not the life that Mahmoud Al Homsi had planned. A few years ago, the 28-year-old Syrian thought he would become a teacher. He had taken up French literature at university in Damascus with that in mind.

But then the war happened, and Al Homsi was supposed to fight in Assad’s troops. As a Sunni, he found this inconceivable, and so he fled -- across Turkey and the Balkan route, Macedonia, Serbia, Hungary, Austria – to Germany. He arrived in the western city of Bonn at the end of 2015.

Al Homsi was granted refugee status and was able to bring his wife to Germany. However, he soon realized that his life's dream had been shattered. "I would have had to start university studies all over again to become a teacher. I didn‘t have time for that." 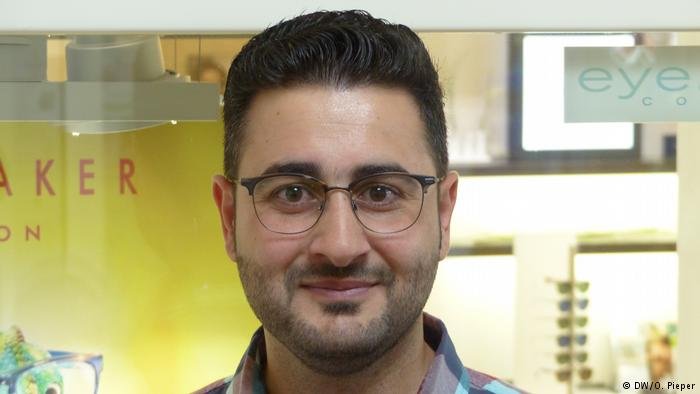 Recently, Al Homsi started a three-year apprenticeship at an optician’s shop in Bad Godesberg, a district close to Bonn. He seems relieved and happy: "It’s a job with many perspectives. I can work in the factory and attend to customers. The training is perfect for me." 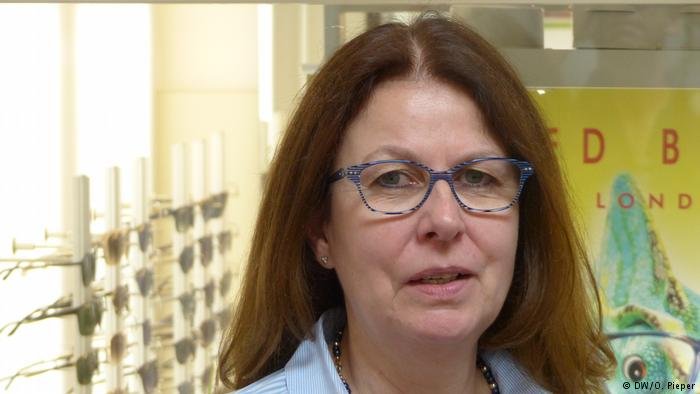 There were many obstacles in getting there, though. And it’s thanks to Ulla Faßbender and her willingness to make it happen that Al Homsi is where he is today. In 2016, Faßbender started what was to become a year-long battle with German bureaucracy to push through a vocational training place for another Syrian refugee.

"It was really a nightmare, but I told myself: I‘m going to make this happen," Faßbender says, showing a pile of papers full of notes she took about the process -- application forms, correspondence with the Employment Agency, emails to the local municipalities. "I tried to document the whole thing. It was really a catastrophe!," she laughs.

But the struggle was worth it. Thanks to her efforts, several refugees were able to do vocational training in Faßbender's business. Last year, she received an award from the Chamber of Trades in Cologne for the business' social engagement. This year, the Employment Agency lauded the trainee development program with another award. „When I went there to receive the award, I told them again about the bureaucratic hassle of 2016. They even remembered me!" 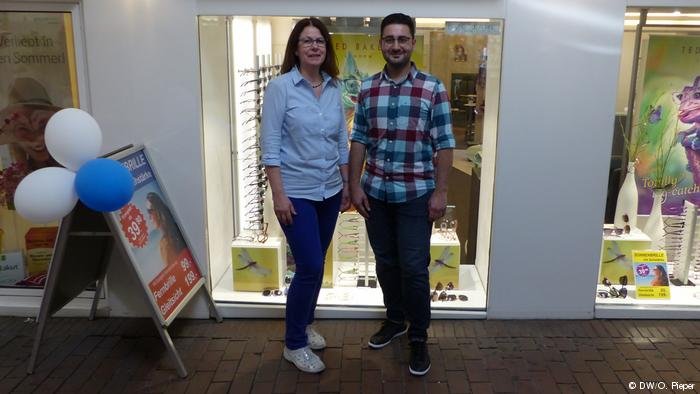 It wasn't simply altruism that led Faßbender to make the effort. "Here in Bad Godesberg, we have a large Arabic-speaking community. They now have a contact person in our shop – that’s very good for our business," she says. And it has become very hard to find young Germans to apply for the job as optician, Faßbender says. "We have been looking for months for skilled employees, for trainees. But maybe the working-hours put people off, because we’re also open on Saturdays."

Mahmoud Al Homsi does not have a problem with that. He also liked working in the factory where the company manufactures all the glasses. "I used to help out in my brother’s carpentry, I’m used to manual labor and have some skills," he says.

Al Homsi says that the most important thing to settle in Germany is the language. He recently passed the C1 level German test, that’s number five in a series of six tests. "You have to know German. Many refugees fail because of that. But the language is the key to everything here!"

First published in German: August 22, 2018
Copyright DW -- All rights reserved
DW is not responsible for the content of external websites
Translated from an article in German by Oliver Pieper on dw.com