Many refugees and migrants are unable to vote in Germany, at least not unless they become German citizens they have completed a naturalization process. But that isn’t necessarily a barrier to political participation. found a study published earlier this year.

The right to vote in most countries comes along with citizenship. Germany is no different. If you are not born in Germany to German parents then acquiring citizenship takes several years. The naturalization process takes three years for those who are married to a German spouse and already an EU citizen, and up to eight years for non-EU citizens including refugees and migrants. Most citizens from non-EU countries are expected to renounce their former citizenship to acquire a German passport. They also need to demonstrate a clean legal record and the financial ability to support themselves, as well as be able to speak German to at least B1 level.

Unless you are an EU citizen you are not even allowed to vote in local and municipal elections in Germany.

However, as a non-German citizen you are allowed to be a member of a German political party. In February 2018, Syrian refugee Abdulrahman Abbasi was one of around 7000 non-German SPD party members to vote on Germany's current coalition agreement. At the time, interviewed by DW, he explained how important it was for him to have a say in Germany's political future: "I enjoy the rights and honor the duties of living in this country and actively participate in its social and political life. Deciding on the next government means a lot to me because it will pass laws that will affect the society in which I live." 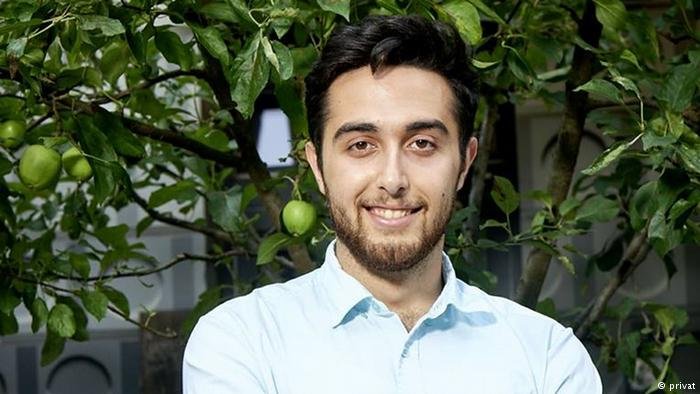 Abbasi felt that the right to vote marks "a big step in the process of integration."

A recent study by the Robert Bosch Foundation and the International Institute for Democracy and Electoral Assistance (IDEA) comes to a similar conclusion. The study was carried out in several countries around the world with significant migrant populations. One of the focus points were Afghan and Syrian refugees in Germany.

Nora Jasmin Ragab carried out the case study in Germany. After talking to 14 male refugees and four female refugees, she found that most of them "faced obstacles to participating in their home communities due to the failing systems, and felt somewhat excluded from the political spaces in Germany due to the perception of being labeled as refugees or 'the Muslim other.'" Nevertheless, she found that "political agency is very strong; even refugees with no papers started organizing from the first day to influence their own conditions." Both Syrians and Afghans were motivated to engage with politics "at the grass roots level," and had "rich knowledge and experiences of involvement with political parties and processes," Ragab found.

Political participation is happening even without the right to vote either in Germany or their country of birth. Some refugees join civil society organizations to continue to fight for democracy in their home countries; others are fighting for more rights for migrants within Germany.

Participation in political life tends to be higher for men than women in migrant populations. Sometimes though, the study found, even when refugees or migrants had the possibility to vote they had a lower turnout than residents who were born in the country.

The problem of coming from countries with little or no idea about how a European democracy works is sometimes a hindrance to political participation.

Seeing no examples of people who look like you can also be a barrier to political participation; the proportion of parliamentarians with immigrant origins is on the rise in Germany but only eight percent of all members in the national parliament were migrants or had migrant parents, according to the Mediendienst Integration project.

One of the Afghan refugees interviewed in the German study was a member of the SPD (Social Democratic Party). He was also a member of an Afghan refugee organization in Berlin and said that he had joined the party to learn about German political culture and to "continue working in politics, […] Because of the problems of my country, my country needs someone to help."

According to scientist Ragab, Afghans who did join the SPD did so because they felt that the party’s agenda "favored immigration and migrants’ rights" but that even when they tried to lobby to get their voices heard they were "largely ignored by German politicians."

The study found that for Germany "the strict citizenship regime combined with a political franchise reserved for citizens has created a large population of disenfranchised people among not just the immigrant population, but also their descendants born and raised in Germany." The existence of migrant participatory bodies and legal framework to ensure migrant representation varies state to state in Germany.

Outside of politics, participation in arts and culture also provided some respondents with the possibility of political expression, giving writers and artists in exile an opportunity to present their work to a wider audience through exhibitions or literary festivals. One female Syrian activist in Berlin told Ragab: "Being engaged here in Germany is very important because here are the tools, the freedoms to express yourself and freedom of belief in general. I believe that being socially and politically active is very important. That was one of the main reasons for the revolution in Syria, and why I joined it."

The study concluded that more electoral rights in any country would increase participation and a sense of belonging in the host country but until full voting rights were granted the encouragement in the participation of civil society organizations was crucial for integration.