German society not as polarized as you'd think, study shows

Many media outlets tend to assume that Chancellor Angela Merkel's refugee policies have divided the country. But two new studies about the general mood in German society are calling for a closer look.

Much of the media — social media in particular — paint a black-and-white picture of Germany. On the one hand, there are the supporters of Chancellor Angela Merkel. On the other hand, her opponents, including many voters and sympathizers of right-wing populists. Recent debates in the Bundestag, Germany's parliament, have reinforced this impression.

That's why a study presented in Berlin at the beginning of the week initially seemed confusing. It stated that the climate between migrants and non-migrants had not deteriorated significantly in the wake of the 2015/16 refugee crisis and was still positive. At first, critical-minded journalists shook their heads in doubt.

Everyday life together is decisive

The authors of the study, who are members of the Expert Council of German Foundations for Integration and Migration, answered the question as to how they can explain the gap between expectation and result with the special approach of the study: Participants had reported on their everyday experience at work, at school or in their apartment building.

Fear of the foreign

Based on the results, it would be wrong to conclude that the discussion about migration has endangered social cohesion in the long term, said Thomas Bauer, chairman of the Expert Council. The results point to the integration climate being stable and positive, he said.

But the authors also found that where there are few points of contact with migrants in everyday life, results look worse. That is especially true for many parts of eastern Germany, where the migrant rate is in the single digits, in contrast to some western states, where one in three has a migration background. 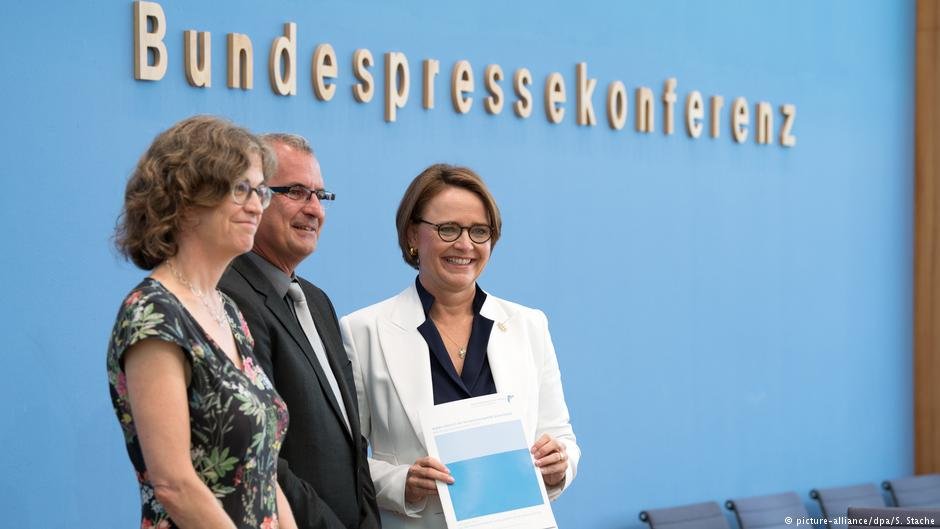 Germany cannot be compared with the US

"The polarization is perceived in an exaggerated way," said Renate Köcher, head of the renowned Allensbach Institute for Public Opinion Research. In her view, Germany is "miles away" economically and politically from the "sick" climate in the US.

So everything's OK? Not quite. In Berlin, Köcher presented an alarming study on the mood of 30 to 59-year-olds. Despite the good economic situation Germany has been in for many years, confidence in political stability has decreased by half since 2015. Only 27 percent of the approximately 1,000 respondents said they associate politics with a sense of stability. Politics has thus become a problem child.

However, Köcher did not want to link this result to an explanation for the rise of the Alternative for Germany (AfD) party. Her institute currently measures a 15 percent approval rating for the German right-wing populists.

On the one hand, the AfD still thrives on its "potency drug," the refugee issue, according to Köcher.

On the other hand, the party has become a reservoir for the dissatisfied, which is evident in the critical relationship to the state and institutions, the expert says.

But Köcher described something else as more relevant to the overall mood: in Germany, the ideal of social cohesion dominates. Even the upper class, Köcher says, wants a strong welfare state and not a solidified lower class, which is why there is a high willingness to redistribute.

She says that the real worry is that there is a decline in social cohesion. Many respondents said they've noticed decreasing respect for rules, and increasing "reservations against foreigners." Only one-third agreed with the statement, "We live in happy times." Germany is shivering in a cooler social climate, as Köcher described it.

The results of both studies can be summarized as follows: Germans strive for community, balance and togetherness in everyday life. So they don't appreciate social polarization — and they see it as the duty of politicians to prevent it.