Meeting the needs of older refugees

Older people face particular challenges in migration. But amid the debates about asylum seekers in Europe, the needs of elderly refugees are often neglected.

The world's population is ageing at a rapid rate. By the year 2050, the UN says, more people will be over 60 than under 12. There is a good deal of discussion about how societies will cope with the large number of older people in general, yet very little consideration is given to the needs of older refugees and asylum seekers.

Older refugees are not nearly as visible as other groups, especially young men - statistically the largest group. This is because the proportion of asylum seekers over 65 in Europe is relatively small - even less than one percent.

They may be fewer in number, but older migrants and refugees still make up a sizable group in many European countries, and it is increasingly acknowledged that they have specific concerns and needs.

A report by the Centre for Policy on Ageing in the UK recently identified the main issues facing older refugees and asylum seekers as lack of income, problems learning the language, loneliness and isolation, loss of social status and mental health problems.

Older refugees face even greater income problems than refugees in general. They are less likely to be able to get paid jobs. In Germany all residents, including foreigners with refugee or subsidiary protection status, but excluding those on asylum seekers benefits, are entitled to receive the basic pension. However, they often still struggle to cover living costs.

Having good skills in the language of the host country is an important requisite for successful integration. Learning a language generally gets harder with age, so older refugees very often find it difficult to acquire language skills.

Lack of social networks and loneliness

The natural tendency of refugees and asylum seekers, like many other minority groups, is to seek out the company of others from the same community. Many countries, including Germany, however, tend to spread asylum seekers across the country so that the task of looking after them is shared, as well as to avoid ghettoization. This can make it hard for older migrants, who have a need to develop social networks within local communities. Older people who are deprived of social networks and face language difficulties often suffer from loneliness and isolation as a result. 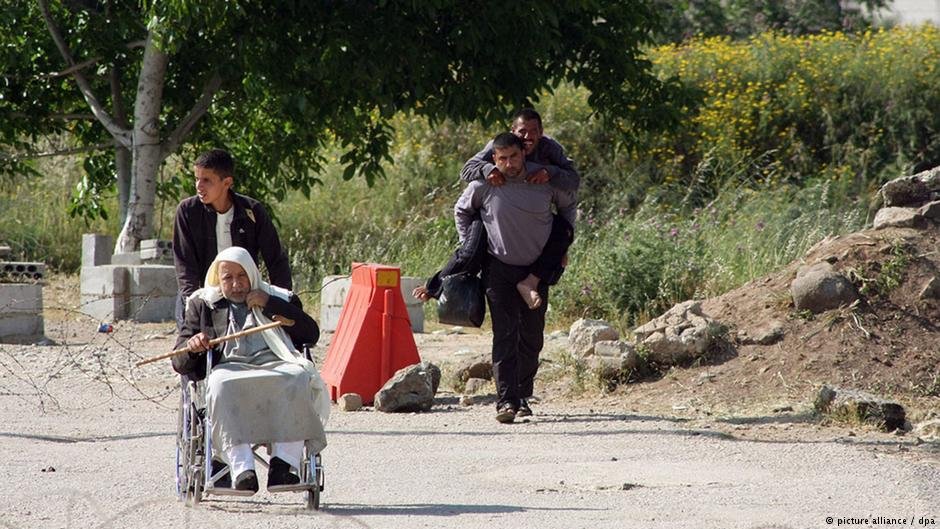 Many older refugees come from cultures in which older people are highly valued. In Europe, they suffer a loss of status, particularly if they become dependent on younger family members who have adapted more quickly in the host country.

Older refugees and asylum seekers can suffer from mental health problems because of the trauma of detention, torture, violence and rape, either in the country of origin or during the refugee journey. Organizations helping refugees in Europe report that older refugees most often described their psychological and emotional problems as "anxiety" and "worry".

Physical health problems are a major concern for older refugees. Many who suffer from chronic diseases cannot afford, or cannot access treatment. Some forego treatment because it would place a financial burden on the family. In situations where there is a shortage of food, older refugees have reported going without meals or taking smaller portions so that other family members get a larger share.

In a study of the health of older Syrian refugees in Jordan, researcher Sigrid Lupieri says organizations often fail to collect data about this group and their particular health care needs.
"There is a perception that older people are being taken care of by their families," a health advisor from a donor organization in the region said.

Older refugees as an asset

As well as being overlooked when it comes to their specific health needs, older refugees receive little recognition for the contribution that they make to families and communities, Lupieri says.

Older refugees can be seen as an asset, rather than simply requiring special care. In many families, it falls to them to look after children so that their parents can work. Older refugees often have knowledge and experience that can help families and communities in exile, such as knowledge about natural medicine and nutrition.

Older people are transmitters of culture, skills and crafts that are important in preserving traditions of displaced people. The resilience of older people can help to strengthen communities and they can contribute to positive and peace-building interactions with the local host communities.