EU states push ahead with Afghanistan deportations, despite increased danger

Activists are demanding EU member states stop sending asylum-seekers back to Afghanistan. Violence against civilians is on the rise in the country, yet some European governments appear eager to continue the deportations.

Amnesty International's Samira Hamidi knows all too well the life-or-death situation Afghans face at home. She's lived in the war-ravaged country her entire life, most recently working as a women's rights campaigner before taking her current job just a few months ago. "You leave home in the morning and you don't know if you'll return safe in one piece," Hamidi said.

Her fears are illustrated by new statistics from the United Nations Assistance Mission to Afghanistan (UNAMA), which show almost as many civilians have been killed so far this year as in all of 2017.

UN report shows continuing high casualty rates being inflicted on the #Afghan civilian population, reflecting the same extreme levels of harm to civilians in comparison to the same period in 2017: https://t.co/wZQgYxw7Wt. pic.twitter.com/6mkvy3128v

Survival odds are likely to be even worse for people who don't have natural instincts honed from growing up in those rough streets, which is one reason Hamidi is leading Amnesty's #KeepAfghansSafe campaign to suspend forced returns of Afghans from European Union countries.

"Afghanistan is extremely volatile," Hamidi told DW at a demonstration, before later addressing members of the European Parliament. "Sending minors — young boys and girls — who have not even been born in Afghanistan back to a country where it's unknown to them, sending people who took long and difficult journeys to arrive here for a better life ... is totally unjust and unfair."

Amnesty has documented cases of returnees from Germany, the Netherlands, Norway and Sweden. Some have been killed back in Afghanistan — virtually all live in constant fear. "Afghans forcibly returned from Europe include unaccompanied children and young adults who were children at the time when they arrived in Europe," the organization said in its report. "Several people Amnesty International interviewed for the report were sent to parts of Afghanistan they had never known, despite the dangerous situation and impunity for crimes such as torture."

The manner in which Afghan asylum applicants are treated varies widely between EU countries. The European Council on Refugees and Exiles (ECRE) compiled a report which calls the current policies "patchy" but notes 2016 saw a definite upsurge in interest in deporting Afghans.

ECRE describes Norway as appearing somehow "proud to have become one of the 'strictest' countries in Europe" toward Afghans. Meanwhile in Germany, where "there had been almost no returns from Germany to Afghanistan since 2005," the ECRE said, the German government in December 2016 "started to single out Afghans as a group who could be deported" and 106 persons were quickly sent back between then and June 2017. A brief suspension was allowed following a wave of violence in 2017, but after that, flights resumed amid calculations that some 10,000 Afghans were eligible for expulsion.

The ECRE report cites "anecdotal accounts" suggesting many of those returned from Germany had been well integrated, learned German and found jobs, while those kicked out of Norway were more recent arrivals.

The ECRE pointed to Norwegian press accounts that say Norway has forcibly returned more children to Afghanistan than any other country — 37 so far this year. An October 10 report in Norway Todaycites the Afghan refugee and repatriation ministry as saying that Denmark, France, the Netherlands, Norway, Sweden, Switzerland and the United Kingdom have signed bilateral agreements with Afghanistan on the return of failed asylum-seekers. Of these, Norway and the Netherlands are the only ones to acknowledge having deported children in 2016.

Dutch Member of the European Parliament Judith Sargentini has accused EU governments of breaking their own laws by sending people back to a war zone. She said EU member states that send Afghans back are violating the international legal principle of nonrefoulement — expelling a person involuntarily to a territory "where he or she fears threats to life or freedom." 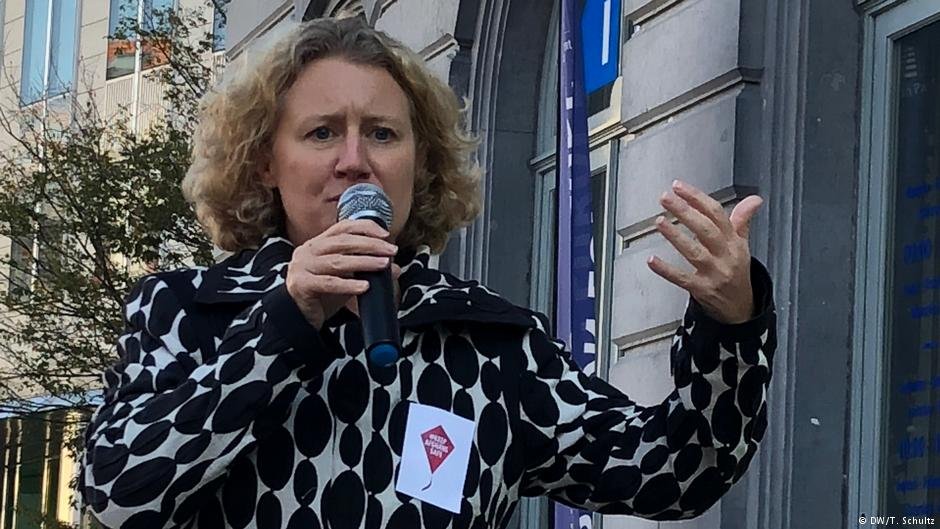 Sargentini also blasted the "Joint Way Forward" agreement signed between Brussels and Kabul two years ago, which she characterized as promising development aid in exchange for making it easier for EU governments to return failed asylum-seekers.

"It is insane," she told DW. "The 'Joint Way Forward' deal of two years ago suggested that we would set up a whole reintegration system for people. But how do you 'reintegrate' people in a country that gets more insecure by the day ... and people that actually don't want to be there? That is quite impossible." Sargentini added that she'd heard stories about returned "youngsters ending up sleeping on the bridge in between heroin addicts."

Najeeb Azad, a 26-year-old Afghan pursuing a master's degree in Amsterdam, said he's heard those stories too. "There has been a returnee from UK who got killed in Afghanistan," he recalled. "Another one who was deported from Hamburg committed suicide in Kabul."

Azad himself hasn't been able to visit his home province of Ghazni in nine years. As members of Afghanistan's Hazara ethnic minority, Azad told DW his whole family had fled due to targeted persecution by the Taliban. "I have my family in London and Australia; they were going to Australia on boats," he said. Now the violence is killing in record numbers at random. "We worry all the time when there's an explosion," Azad said, "we keep calling every friend and family member." Though Azad already has a job offer in the Netherlands after he graduates university, he has joined the #KeepAfghansSafe campaign for his compatriots.

Such arguments may be having some impact.

Anis Kassar, a spokesperson for the European Asylum Support Office, told DW that EU governments are granting more places to Afghan asylum-seekers this year over last. Kassar said that in 2017, 30 percent of Afghans were allowed to stay in their countries of application. For the first six months of 2018, he said that figure had risen to 43 percent.