Refugee girls are most vulnerable

On International Day of the Girl, a report by the aid group CARE says that more than 17 million girls have been displaced in the global refugee crisis. As well as being driven from their homes, these girl refugees face particular challenges, from violence and forced marriage to missing out on school.

They are the more than 17 million girls around the world caught up in the "epidemic of human displacement" that has forced 68.5 million people from their homes. The stories of some of these girl refugees have been told in a report by the aid group CARE, released to coincide with the International Day of the Girl on October 11.

"Far from Home: The 13 Worst Refugee Crises for Girls" ranks the plight of girls in crises that have produced mass displacement since the first Day of the Girl in 2012. Many of the stories are horrifying: In Nigeria, it says, girls are wrapped in explosives and used as human bombs. In Yemen, more than two-thirds of girls are married before they turn 18.

Globally, at least 17 million girls are forced to flee their homes.

This International #DayoftheGirl, let's celebrate their courage and raise awareness of their plight.

Pema had become pregnant at 14 by rape and was forced to marry her rapist. She gave birth to ten more children before doctors convinced her husband to allow her to be sterilized. Earlier this year, Pema's village was attacked in the night by militias who raped her and kidnapped her husband and eldest son. She managed to escape to Uganda where she now lives with her ten children in the Kyangwali refugee settlement. There, she works to educate women and girls about sexual violence and childhood marriage.

In 2014, constant attacks and intense bombing forced Walaa and her family from their home. Four years later, Walaa, now 15, and her family live in Azraq east of Jordan's capital Amman, where she now goes to school. Her favorite subject is science, but she also has a passion for film, and together with three other Syrian refugee girls her age, she has already produced a short documentary about her father and brother called "The Little Engineer".

There are nearly three million Syrian children, mostly girls, who, unlike Walaa, have not had the chance to start or return to school. Many are in danger of missing out on education altogether. Some are married off early, others are pulled out of school to earn money for food or rent, CARE says. Girls in conflict-affected countries are more than twice as likely to be out of school than those in countries where there is no conflict, according to UN Women.  Worldwide, over four million refugee children - the majority of them girls - are denied the opportunity to go to school. 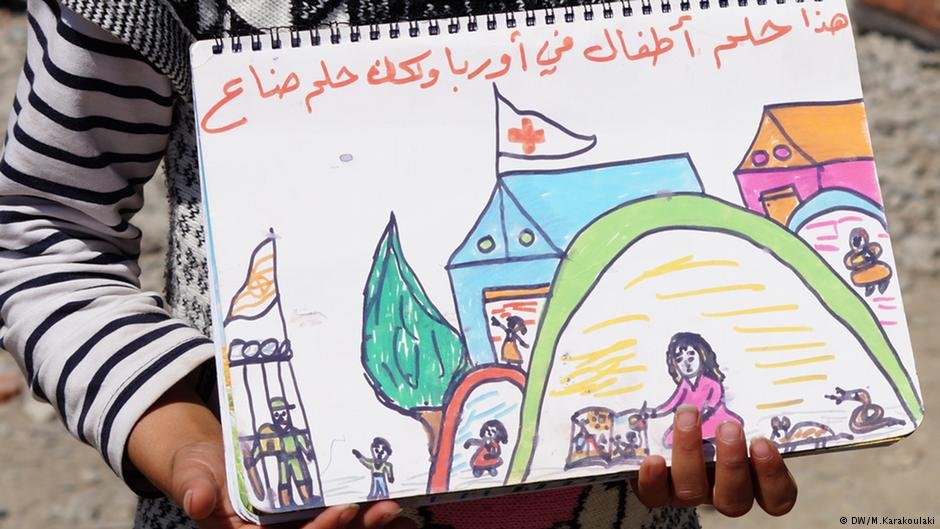 This year's International Day of the Girl aims to focus the world's attention on the needs and challenges girls face in gaining equal access to education and skilled employment.

Find out more about International Day of the Girl 2018 at: UNICEF