Lodi: A city divided over discrimination of migrant children

In the Italian town of Lodi, migrant children were barred from eating at the school canteen following the decision by a right-wing local administration to require foreign parents to prove that they don’t have any extra funds in their home countries before they can access discounted school meals. Is this segregation or just ‘good economics’, as the mayor claims?

"I just want to eat with my friends," says a small boy living in Lodi, born to Moroccan parents, in a report on the Italian TV channel La 7 by Micaela Farrocco. When asked by the journalist how he felt at having to eat his sandwich in another room at school, he answers with resignation and big innocent eyes: "I felt a bit sad." Later he adds, "It seems strange to me. They are separating the foreign children when the Italian children are allowed to eat in the school canteen."

The situation he is referring to, which led to journalists reporting from the northern Italian city of Lodi, just south-east of Milan, was actually passed by the town council in October 2017.  It was only this year in September that it made headlines across Italy and around the world.

The town council of Lodi decided that parents from outside the EU needed to provide extra documentation, from their countries of origin, in order to access the system of welfare and benefits on offer to families of incomes lower than 8,000 euros per year. In many cases, the documents have been difficult or impossible to obtain, particularly from many African and Latin American countries. 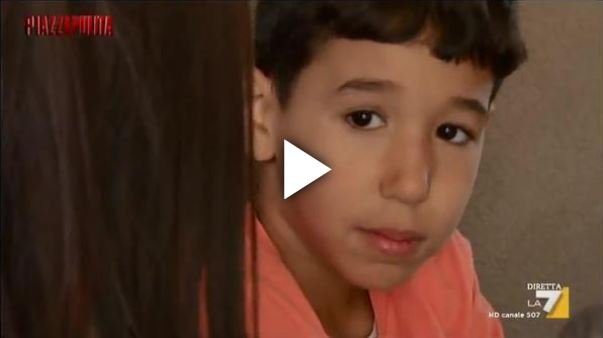 The ruling in practice

What it has meant in practice is that around 170 children in Lodi were no longer able to get on the school bus and their parents decided they could no longer afford to pay for their school meals in the canteen. The school meals in question, according to reports, had jumped from a discounted price in 2016 of under two euros per day for the first two children in a family and free thereafter to around five euros per child per day this schoolyear.

For mothers with three or more children, that could mean paying upwards from 15 euros per day to allow their children to eat lunch with their friends in the school canteen.

Lodi’s mayor, Sara Casanova (a member of the Northern League party), stated that she is standing firm in the face of protests. She explained if you can’t afford to pay the money requested, then you need to take your children to school on foot or by bicycle. Her solution for lunch is to send children with a sandwich or provide lunch at home so they can eat in the bosom of the family. She and her party claim that this is just about good economic management and nothing more.

In her TV report, Micaela Farrocco follows mothers and their children who have been affected by the ruling. All of them claim to have a household income of below 8,000 euros per year which should qualify them for the full range of discounts and state welfare including discounted school meals and discounted transport.

One Moroccan mother now walks her children six kilometers every day to school, and she is tired. Another African mother cooks lunch for her five children at home. A third Tunisian mother stated that she is prepared to go into rent arrears in order to find the money for her son to have lunch with his friends every day in the canteen. 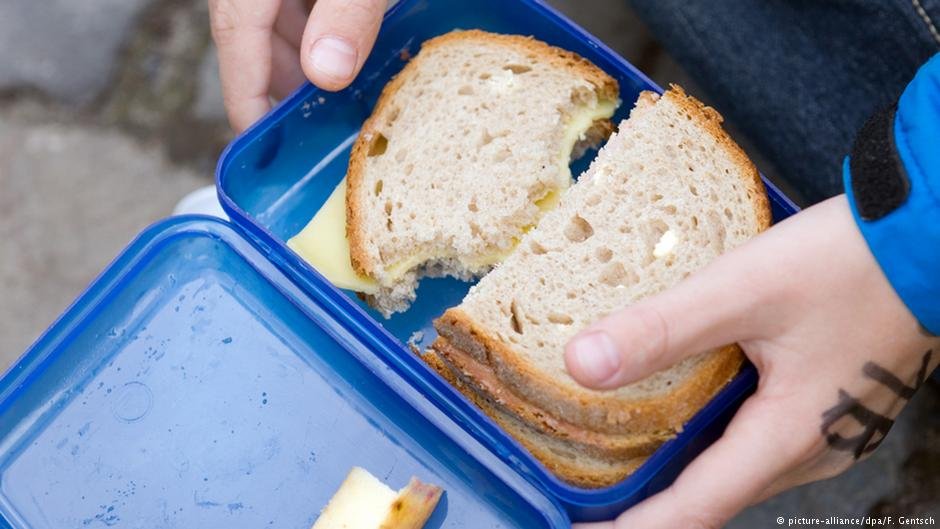 It is stories like these which triggered the group "Coordinamento Uguali Doveri" to form at the end of September. Uguali Doveri is a group of Lodi citizens – Italians and foreigners - who decided to work together to oppose the discrimination caused by the council’s rules. Their list of members and supporters is long and includes local branches of the biggest trade union CGIL and the Democratic Party (PD) as well as civil associations and charities.

The supporters started to collect funds and by mid-October, they had gathered around 60,000 euros. This was enough to pay for the shortfall between the old rates and the new costs required by the council until December.

In the meantime, a hearing is due to take place in Milan’s civil courts at the beginning of November looking at whether or not the town’s law has caused the discrimination its opponents claim.

An Italian organization, L’Associazione per gli Studi Giuridici sull’Immigrazione (The association for juridical studies on immigration ASGI) which according to its website, “is a membership-based association focusing on all legal aspects of immigration.,” has been looking into the case and several others around Italy. They claim that Lodi is not alone in applying this kind of rule. Furthermore, it is not just right-wing administrations which have imposed extra bureaucratic checks on foreigners applying for welfare and school discounts.

One left-wing run administration in the Milan region has also implemented something similar with school books. 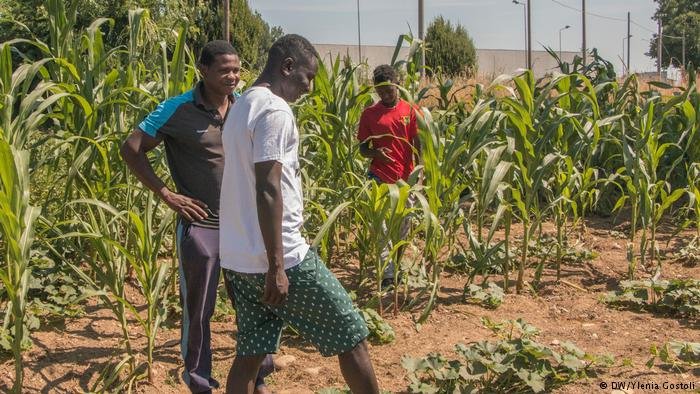 With regards to Lodi, the organization says that the town’s administration is not just treating Italians and foreigners differently. In requesting documents over and above the state-sanctioned L’ISEE certification (the household income declaration), it is essentially undertaking to decide "who is rich and who is poor." That in itself, ASGI says, is against the constitution - as is treating some children differently from others when it comes to access and rights at school.

Arguments like these will be put forward at the hearings in Milan at the beginning of November.

For now, the children have returned to the canteen and to take their seats on the bus. The mayor herself seems to have acknowledged that in some cases it is difficult (or impossible) to get the required documents from the country of origin and that “an attempt” to get them might suffice. The Uguali Doveri group says that is just putting the onus back on citizens to prove that they have ‘tried hard enough’ for the authorities to waive their new law. 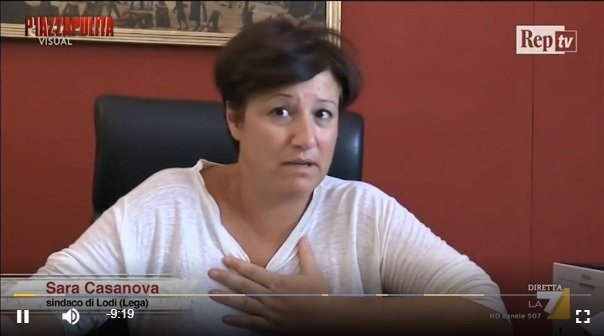 In the TV report, one Moroccan mother waves a sheaf of documents stamped by the Moroccan and the Italian authorities and claims that even they weren’t accepted, although she wasn’t told why. She estimated she had spent around 1500 euros just to obtain them. Another Tunisian mother had traveled twice to Tunis in June and September in an attempt to get a stamp and had failed; again she said her journeys had been costly.

In a town still suffering, like the rest of Italy, from the effects of the financial crisis, some residents support the mayor wholeheartedly. One man told Micaela Farrocco: "These parents need to wake up. Lots of them, especially in Lodi, have got too used to spoon feeding." A woman added: "I paid when I sent my son to nursery. Lots of them have four children; they need to be able to support them if they have that many, if not, they shouldn’t have them." A third man said disparagingly: "They [foreigners] are like ticks on a dog." 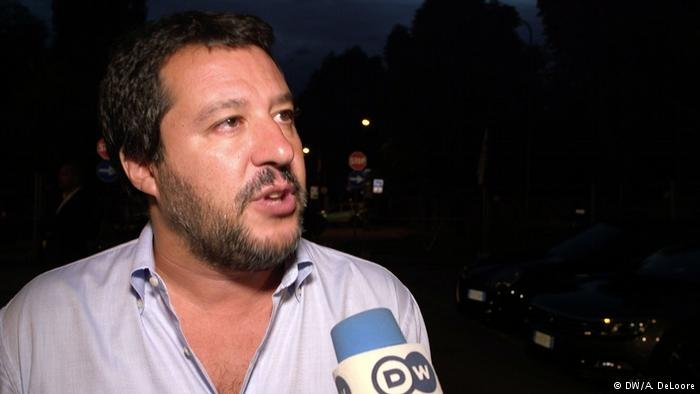 Thousands of others do not agree with this de facto segregation and have demonstrated and donated in order to put an end to it. But even politicians in the national parliament are divided over the issue. The deputy prime minister and leader of the Five Star Movement Luigi Di Maio said that children should not be affected by these decisions, that their rights, essentially, are sacrosanct.

Now the current Italian education minister, Marco Bussetti, has made his pronouncement. He is an independent politician although since his appointment many left-leaning papers have highlighted that he is a "man of the north" and is often pictured with Matteo Salvini (the leader of the Northern League and the Interior Minister) at events. The center-left La Repubblica newspaper called him a “technical member of the League.” Earlier in October, he said that he would like to meet Lodi’s mayor in order to “find a solution” to the dispute. On Monday, October 22 the Italian news agency ANSA reported that the minister thinks that the mayor’s new line is the "right way to proceed" and, in his opinion a solution has been found.