The United States under President Donald Trump has pursued a tough stance on refugees coming from the Middle East and Africa and has cut admissions to the country. Will the European Union have to take in more refugees due to Trump's anti-migrant policies and how does his rhetoric influence European leaders?

On Wednesday, US President Donald Trump said that migration has caused a "total mess" in Europe and chided Europeans who support migration into the EU, saying that they will regret their pro-refugee stances. "For those who want and advocated for illegal immigration just take a good look at what has happened to Europe over the last 5 years," he tweeted.  "A total mess. They only wish they had that decision to make over again."

In 2015, hundreds of thousands refugees and migrants headed to Europe over the Balkan route from Middle Eastern countries such as Syria, where a brutal civil war has taken place for the last 7 years and killed hundreds of thousands of people. German Chancellor Angela Merkel responded to the crisis by opening up the country's borders and taking in over 1 million asylum seekers in 2015.

Since 2014, over 1.8 million asylum seekers in total have come to Europe, the UNHCR reported.

For those who want and advocate for illegal immigration, just take a good look at what has happened to Europe over the last 5 years. A total mess! They only wish they had that decision to make over again.

The EU migration commissioner, Dimitris Avramopoulos, rebuked Trump's assertions. "Five years after the start of the migration crisis, our borders are better managed and better protected than ever before," he told German news agency dpa. "The EU has a comprehensive and effective strategy without becoming a fortress."

"This not the first time Donald Trump has made such statement about the EU," Lars Ludolph, an associate researcher for the Centre on European Policy Studies and an expert at the Mercator Dialogue on Asylum and Migration told InfoMigrants. In the past, Trump has criticized Angela Merkel's decision to take in refugees in 2015, saying that it was a "big mistake" and that Germans are "turning against their leadership" on the issue.

Donald Trump's harsh rhetoric, he says, often widens the spectrum of the debate regarding migration in Europe. "Such rhetoric certainly widens the acceptance of 'what's normal' even in public discourse and in that sense benefits politicians with anti-refugee stances: When Trump talks about deploying the US military at the Mexican borders to stop migrant caravans, this makes stepping up cooperation with the Libyan coastguard look much less extreme in relative terms," he said.

Trump's tough refugee stance is part of a global trend. "Trump and the Brexit vote in the UK have emboldened anti-migration policies not just in Europe, but also Asia and South America," Andrew Geddes, the director of the Migration Policy Centre in Italy told InfoMigrants. He believes that Trump, along with other anti-migrant figures in Europe such as Italian Interior Minister Matteo Salvini and Hungarian Prime Minister Victor Orban, are part of a worldwide populist backlash against immigration and globalization. 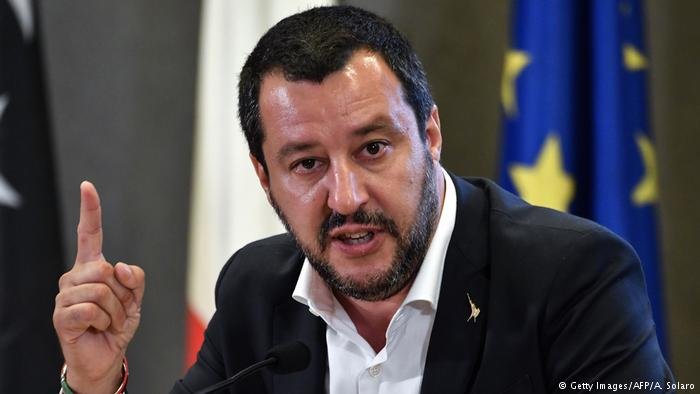 Yet, Giddes believes that these anti-migrant attitudes often represent only a small segment of the population in many European countries. "When you look at statistics on European's attitudes on migrants to the EU, the general views tend to be more stable and even favorable towards them," he said. "But there are certainly smaller, politically mobilized sections of these European societies where people are highly angry about immigration and anxious about the changes they think it could bring."

As the US takes in fewer refugees, will the EU take in more?

Next year, the Trump administration plans on taking in only 30,000 refugees. For 2018, the cap on refugees in the United States was 45,000, but the US only ended up taking 22,491 so far this year, the US State Department reported.

When asked if that means that European countries will take in more to cover the shortfall, Giddes is doubtful. "I think it's unlikely the EU would pick up the slack," he said. "The number of migrants remaining in developing, third countries will continue to grow as long as rich and developed countries  refuse to take them." The EU has sought to slow the flow of migrants into the bloc and is hoping to work with countries such as Egypt, Tunisia and Niger to stem migration to the continent. Ludolph agreed with Geddes that the Trump administration's tough stance on refugees will not cause any change in European migration policy. "The US cutting down on their number of refugees taken in is unlikely to put any direct pressure on the EU," Ludolph said.

Ludolph added that the EU is, however, taking in more refugees through the UNHCR's resettlement scheme, in which vulnerable refugees in countries such as Syria or Jordan are transferred to Western countries. In 2017, the EU took in 23,000 refugees through the resettlement program. Ludolph added that the number will increase slightly in 2018 and 2019 as a part of the European Commission's efforts to establish legal pathways for refugees.