Need to network in a new country? There's an app for that

Starting over as a newly arrived migrant seems like an insurmountable task. A new app is trying to help migrants settle and link them up with networking opportunities, including employment.

It can be difficult to advertise one's skills as a refugee or to network in a meaningful way that might facilitate opportunities in other areas - especially taking language barriers, cultural differences, and the potential for exploitation into account. But a new app hopes to change that.

Sona Circle says it is the world's first networking and recruitment app that enables "refugees around the world to locate jobs and support services," according to the app's website. The free app further explains that it "connects refugees with their immediate surroundings, local opportunities and each other." Other media have compared Sona Circle to a LinkedIn targeting displaced persons.

"Our model addresses the issues of education, labour force participation and social integration. By supporting the engagement of minority groups and restoring access to economic opportunities, we are reaching millions of people seeking to improve their income and economic equality," Sona Circle states.

The app also says that it primarily targets refugees living in settlement camps in a bid to help them "integrate effectively into their new environments." If the app is successful, Sona Circle could be one of the first digital platforms to offer opportunities and new perspective to migrants and refugees beyond boundaries. 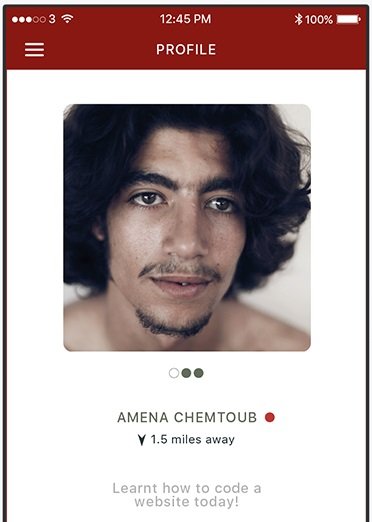 Sona Circle was launched in direct response to the refugee crisis in Europe. Its founders said they wanted to "restore the rights and dignity of five million refugees by 2022" with the help of his app.

"The mission of Sona Circle is to formalize an informal ecosystem; to empower refugees to share their skills and talents and build a better future for themselves and their families," Sona Circle stated in a press release.

The concept behind the app had already won a prize at Hult International Business School before it was even realized.

Sona Circle has teamed up with several different companies and government agencies around Europe to help refugees find jobs. Organizations such as ERASMUS+ and Rights in Exile Program, and companies including Deutsche Telekom and Starbucks UK are all featured on the app. The team behind Sona Circle has also launched a challenge to "create 100 new jobs for refugees in major cities."

"Our aim is to partner with major employers and local government agencies to create new jobs within their organizations for refugees," Sona Circle says about its Sona100 challenge.

The Sona Circle app is available on both Android and iPhone, and reportedly has a present network of 2,000 users in major cities around the globe. For more information, download the app or go to www.sonacircle.com.