Racism in Tunisia: 'They throw stones at us, call us monkeys' (Part 2)

Since the summer of 2018, more and more migrants have left Tunisia to make the dangerous journey across the Mediterranean. On the other side of the sea, Europe is becoming increasingly frustrated. Still, it seems Tunisia does little to prevent these journeys in the first place. Faced with a major economic and social crisis of its own, the government has let the migration problem slide -- it has yet to put a national asylum policy in place and has next to no infrastructure for migrants. InfoMigrants went to Tunisia and met black-skinned migrants, both legal and illegal, who say they have all, at least once, been subject to racist slurs and even beatings. They hope that a new anti-racist law will change their lives for the better.

Ahmed picks up two small, broken-off pieces of cement that he’s kept on the roof above his room as "souvenirs". "Look, this is what they threw at us," the young Ivorian says in a steady, almost resigned tone. Ahmed, who’s been living in Tunisia for the past eight years, doesn’t even get offended by the racism anymore. "It’s happened so many times, that’s just the way it is. It’s often young Tunisians who attack us. They pick up pebbles, stones and throw them at us." The young man is surprised at the many questions asked on the issue. "Do you really want us to talk about it? Because racism is common for people like us," he says with a smile.

"People like us" means people with black skin. On the sunny roof of the sports complex Tunis where Ahmed "lives" together with 34 other migrants, is Khadri, one of Ahmed’s Ghanaian friends. He doesn’t understand why it’s interesting to talk about this subject either. "It’s always been like that. We get verbally abused. Those who attack us pass by under our windows now and then and yell 'monkey, monkey'," he adds in a neutral, non-emotional voice. "Or they yell 'Ya Kahlouch!' [negroes]."

In Tunisia, racism against foreigners with black skin is common, almost to the point where the victims have become used to it. "It’s true, there are lots of verbal attacks. It’s as if people don’t care anymore," says Ben Amor Romdhane, the head of communication at the independent NGO "Forum Tunisien des droits économiques et sociaux" (FTDES) and which works to defend economic and social rights of migrants and others. "Ask any black person in the street and they will tell you that they are often subject to racist slurs." 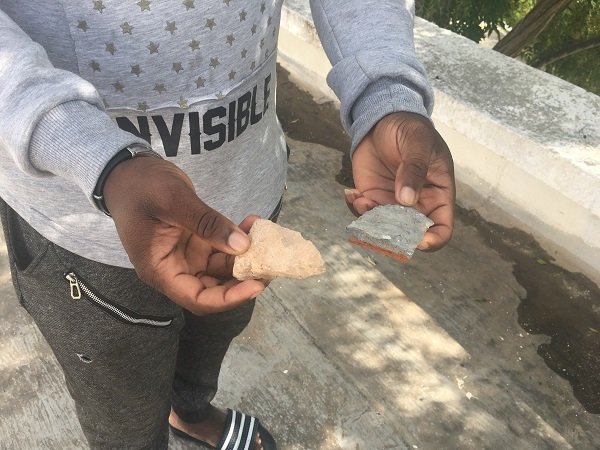 The victims are often the same - people with black skin - and are considered to be of a lesser social category. According to Tunisia’s national statistics institute (INS), some 60,000 foreigners (including Europeans) live in Tunisia, accounting for less than one percent of the population.

Black Tunisians, the majority of them descendants of slaves, represent roughly 15 percent of the population. "There are black Tunisians who are viewed as sub-standard citizens here and residents with Sub-Saharan African origins are considered sub-human," Touré Blamassi, the Ivorian director of ALDA, an association which helps Sub-Saharan Africans in Tunisia, says. "Have a look around, there are no black people in leading positions in Tunisia."

A person’s legal or illegal status doesn’t really make a difference when it comes to discrimination against black people in Tunisia. Having black skin is simply considered a social and professional handicap. Even an emotional one, Blamassi adds. Mixed couples are still taboo, he says. "In 2006 I had a Tunisian girlfriend. It was impossible for us to walk on the street together. She was verbally abused and called a prostitute…", he recalls. "You don’t go out with a black man, because a black man is dangerous, a vector of AIDS."

The daily lives of Sub-Saharan Africans living in Tunisia are plagued by racism: hailing down a taxi is a challenge in itself, not to mention the chances of finding an apartment, explains Mohammed, a young Mauritanian and a member of ALDA. "Some Tunisians write their real estate ads in Arabic, for example. They do this on purpose. They know that many Sub-Saharan Africans won’t be able to read it. Personally, I know Arabic and so I read them," the political science student says. "And so when the real estate agents meet me, they get uncomfortable. They say the owners don’t want to rent out to foreigners. I answer them that it’s 'blacks' they don’t want to rent to, because a French person would have no problem in finding housing," he says with a laugh. 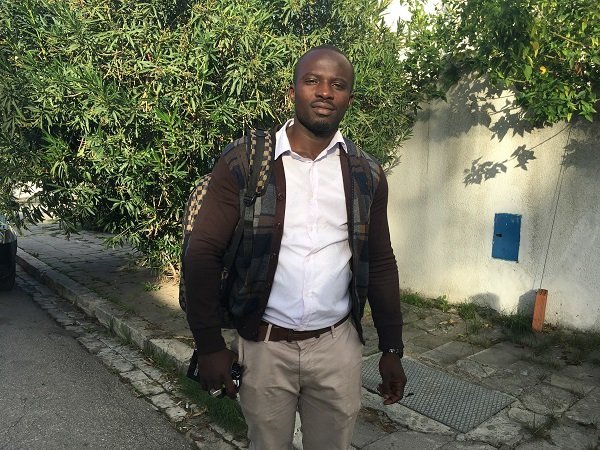 Up to one year in prison for racist slurs

Sometimes, the racism takes even more dramatic turns, resulting in violent physical attacks. In December 2016, three DR Congo nationals – one woman and two men – were stabbed in central Tunis. "It was the straw that broke the camel’s back," Blamassi recalls. "There were protests and anger. Paradoxically, this attack seemed to heighten people’s awareness, and it accelerated things on a political level. Shortly after it happened, the Prime Minister asked for a draft of an anti-racist law."

Two years on and the draft has become reality. On October 9, 2018, the Tunisian Parliament adopted the anti-racist law – a first in the Arab world. Racist slurs can now be punished with up to one year in prison and cost up to 1,000 dinars in fines (around €300).

Aid groups describe Tunisia’s new anti-racist law as "historic". "Finally a law that fills the void and gives the victims the possibility of seeking justice," Romdhane of the FTDES says. "Finally a judicial instrument to help people who’ve been attacked," Lorena Lando, the head of IOM Tunisia adds. "After the [2016] human trafficking act, I remember that people who had been forced into becoming domestic servants, and forced into slavery, were more easily detected. We hope that this new law against racism will be just as efficient, allowing people to actually break their silence on these abuses."

'Not a pro-black, anti-Tunisian law'

"This is the real issue," Blamassi says. "It’s not enough to punish those who are guilty, you have to encourage victims to speak out too." But in general, victims of racism in Tunisia don’t do anything. Either they are terrified by the thought of going to the police because they are illegal immigrants, or simply discouraged by the lax attitude of authorities. "Go to the police? For what?" Ahmed asks. "I’m not sure the law will change anything in concrete terms." Jeanne-d’Arc, an Ivorian migrant whose hair salon in central Tunis is sometimes targeted by stone-throwing Tunisian youths, is also skeptical. "Going to the police doesn’t do anything, complaints aren’t registered, they don’t deal with such cases."

According to Blamassi, it takes time to change peoples’ attitudes and mentalities. The victims need to learn that they can trust the judicial system and the perpetrators need to understand the seriousness of their behaviors. "You have to educate people, especially young people, those in high school." And, in particular, he concludes, ensure that the law is interpreted correctly. "The danger is not only that it isn’t applied, but that it isn’t explained: Tunisians have to understand that this law isn’t pro-black or anti-Tunisian, it’s a law for human dignity." 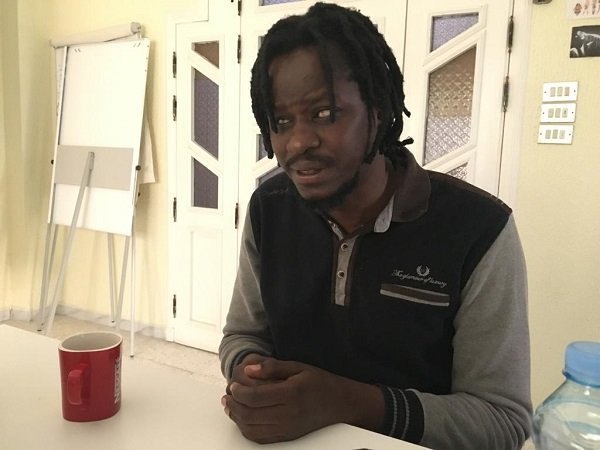