The convoy is the first to arrive since January. Some 50,000 people are stranded under desperate conditions at the Rukban camp, 18,000 of them children.

A United Nations and Syrian Arab Red Crescent aid convoy of 78 trucks arrived at the Rukban refugee camp on Saturday. It is the first such convoy to deliver food and medical supplies to the camp, located near the Jordanian border in southeast Syria, since January.

Distribution of goods to the 50,000 displaced Syrians inhabiting the camp is expected to take three to four days. Some 18,000 children are currently living in the camp, with more than half of them at risk to serious disease.

Ali Al-Zaatari, the UN humanitarian coordinator in Syria, released a statement saying: "We are delivering food, sanitation and hygiene supplies, nutrition and health assistance in addition to other core relief items. We are also conducting an emergency vaccination campaign to protect some 10,000 children against measles, polio and other deadly diseases." 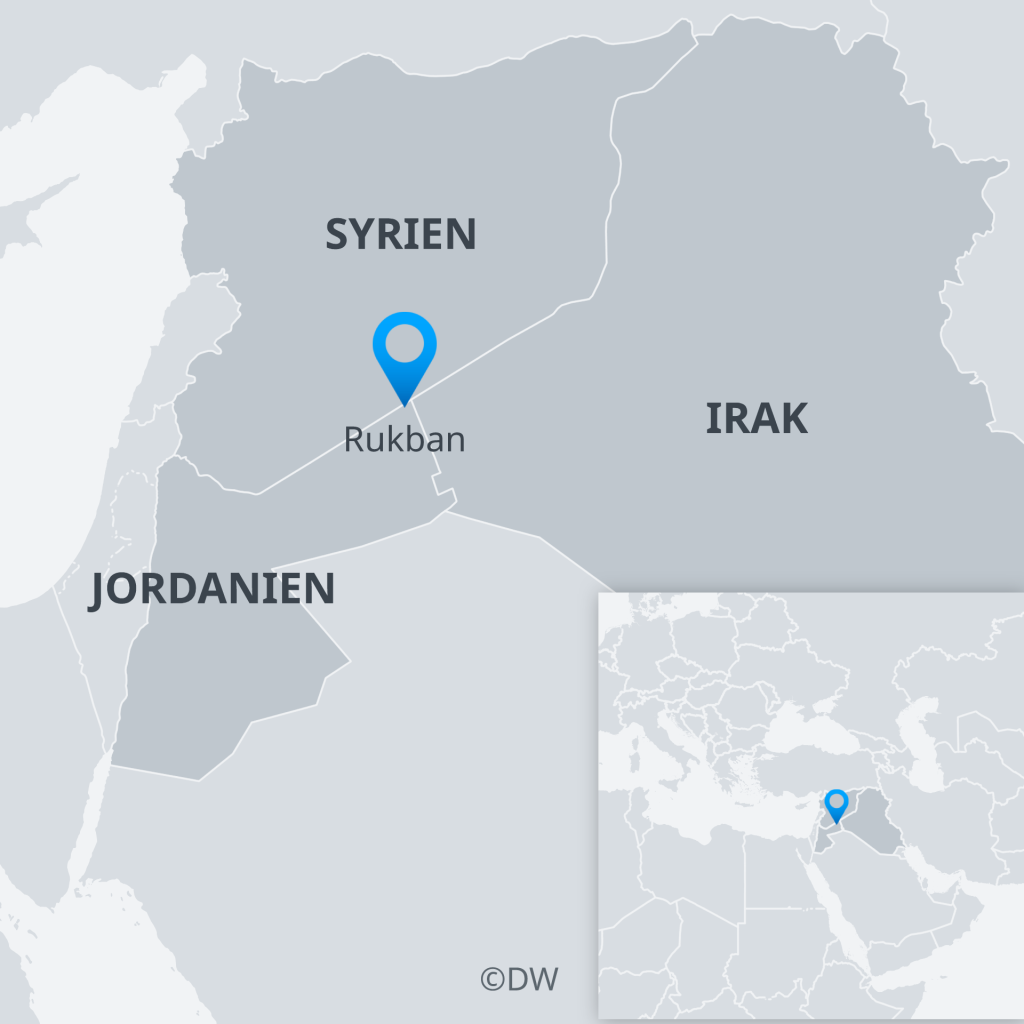 Trapped in the desert

The current convoy arrived from Damascus, whereas the previous convoy came from Jordan. Conditions at the camp have worsened substantially during that time, with cross-border smuggling coming to a halt after the Syrian government of Bashar Assad encircled the camp as it has continued to regain territory.

Displaced Syrians began collecting at the camp three years ago as they attempted to escape militants from the terror group "Islamic State" (IS) as well as bombing campaigns being conducted by the US-led international coalition, Russia and Syria.

The three major powers operating in the region — Syria and Russia on one side, and the US on the other — have blamed each other for the desperate plight of the camps' residents. Jordan, which closed its border in the area in 2016 after IS attackers killed seven of its soldiers, has said it cannot be held responsible for the situation.

Lack of food and medical supplies has led to the deaths of at least a dozen of the camp's residents in recent weeks.

The death toll in the conflict, which began in 2011, has climbed to over half a million, with more than half of the country's population being displaced. More than five million Syrians have fled the country altogether.