A trial of 32 guards and workers accused of abusing refugees and migrants at a reception center in 2014 has started. The case in the small western town of Burbach has triggered widespread outrage and has forced regional governments to reassess the standards at such facilities.

The trial will be looking at 54 counts of abuse at the Burbach emergency reception center dating back as far as late 2013. The allegations against the 32 defendants include grievous bodily harm, deprivation of liberty, coercion and theft. Another six defendants have already confessed to the charges brought against them and will be tried separately.

Much of the media focus so far has been on a particular instance where a picture was leaked of a guard stepping on the neck of a person lying on the floor with handcuffs behind his back. Another incriminating photograph from the Burbach asylum center shows a refugee made to lie on a mattress that was soaked in vomit. Because of these images, the facility earned the nickname "Germany's Abu Ghraib."

The trial will also focus on the practice of locking refugees up in a "problem room," where they reportedly were held against their wills, beaten and robbed. It is also alleged that the managers of the facility were involved in a cover-up. 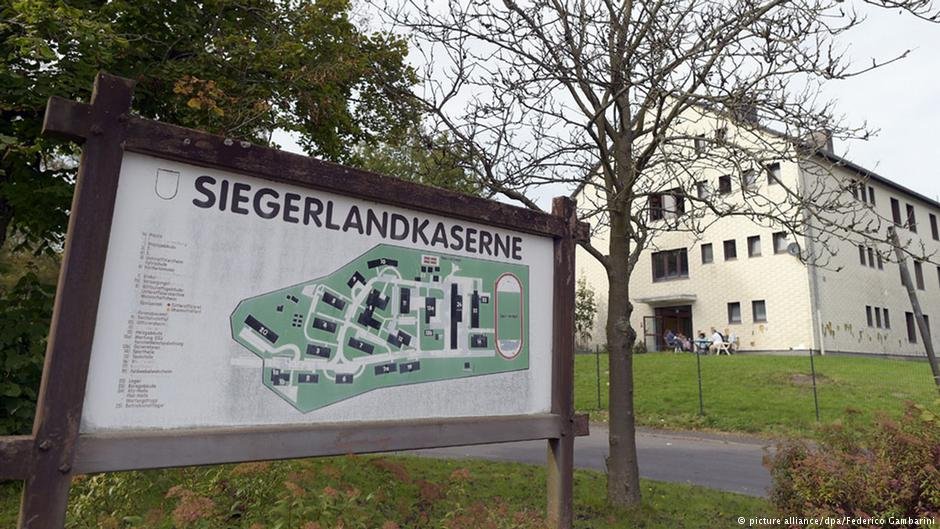 'Lie down in your vomit and sleep'

According to German media reports, guards at the Burbach asylum reception center used barbaric methods in response to even the smallest of transgressions against community rules at the facility. The weekly German news magazine Der Spiegel has accounts of one refugee who was beaten and locked up for five days after arriving back at the refugee center drunk and past its curfew. Other refugees were reportedly slapped across the face, beaten with sticks until passing out, bound to lampposts, peppersprayed, or told to "lie down in your vomit and sleep" after being punched to the point of becoming sick.

According to Der Spiegel, some of the guards now standing trial allege that they had been attacked by asylum seekers – at least in some cases, and that there was a high prevalence of trauma and aggression among them. One of the main defendants in the case, however, also told Der Spiegel that there was an overall negative atmosphere at the facility, and that other guards "enjoyed" bullying the refugees there. Der Spiegel also highlights that many of the employees at the facility, who were paid the equivalent of minimum wage, had previous criminal records.

Among the 32 defendants are two employees of the district council, who are accused of having known about the abuse at the refugee facility and failing to intervene. 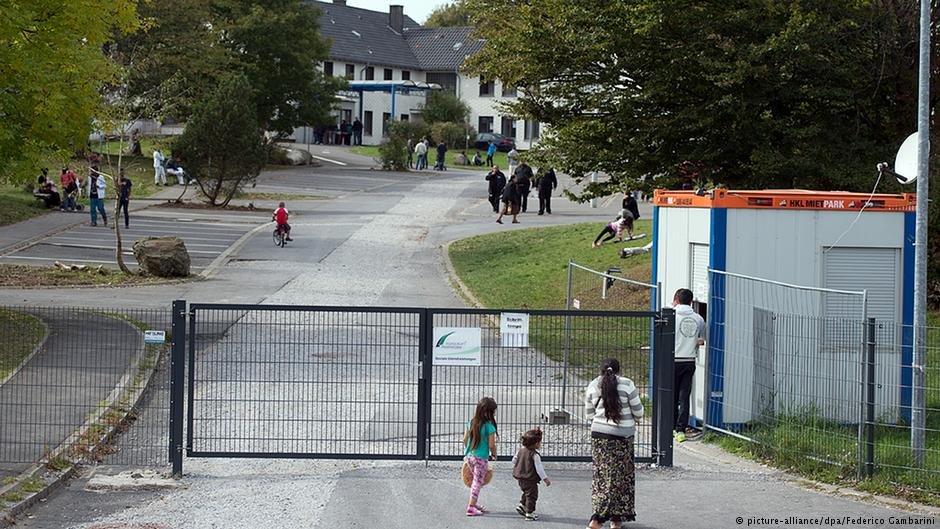 The trial is expected to last at least 23 days, with more than 30,000 pages of documents to be examined. The bill of indictment alone is 156 pages long. Because of the sheer dimensions of the proceedings, the trial had to be moved from a regular court to an event hall.

The trial is one of the biggest to take place in Germany since the end of World War II.