Refugee art focuses on importance of dealing with trauma

Can you create art out of the traumas many refugees had to undergo to reach Europe? An exhibition in a small village in northwest Germany sponsored by the Malteser charity is doing just that in hopes of helping refugees to process their experiences.

It's a somber sight: a group of refugees arrange several layers of wooden pallets in the shape of an oval, resembling an oversized crown – or perhaps a wreath. The pallets are meant to symbolize Europe.

At the center of the circle, there are several tombstones cast out of plaster and a few wooden crosses, representing those who never succeeded in reaching Europe while crossing the Mediterranean Sea. On the edge of the circle, there are various shapes of boats, dinghies and other vessels perched on top of the pallets and in some of the gaps in between them.

The art installation in Arhaus-Alstätte in northwest Germany, located close to the Dutch border, has a deliberately provocative title: "Seefracht Mensch" – which translates as "maritime freight: humans." Visitors to the exhibition organized by the Catholic Malteser charity in Germany are intended to stumble over that title, and realize that there's something not quite right it; after all, humans aren't freight. Humans are humans. 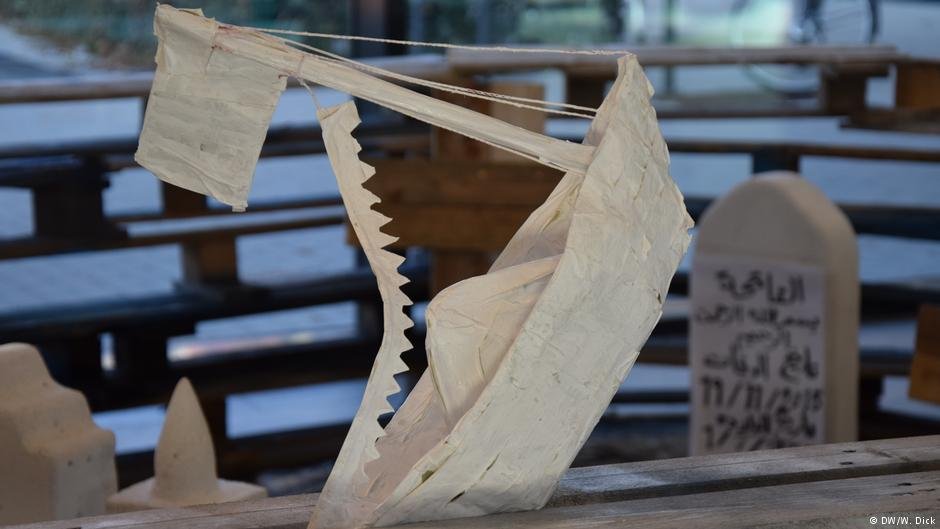 But the reality is different on the ground on the shores of northern Africa. Refugees and migrants are shafted around like they are indeed maritime freight. They're packed onto overcrowded wooden boats, much like the layers of pallets seen in the exhibition: Children are heard scream, women cry, men beg for their lives. And then those noises fall silent out on the sea.

Art made of nightmares

Each of the 20 refugees contributing to the exhibition has a different reason why they chose to be there and what story or experience moved them to express themselves this way. But with each day that goes by, they appear to open up, says the artist behind the project, Ines Ambaum. With each screw they tighten, they share more about the traumatic moments of their journeys, she says.

"The goal of this project is to help refugees deal with their bad experiences and then tie those experiences into this piece of art, so other people can have a greater sense of awareness about the plight of refugees," Ambaum explains. 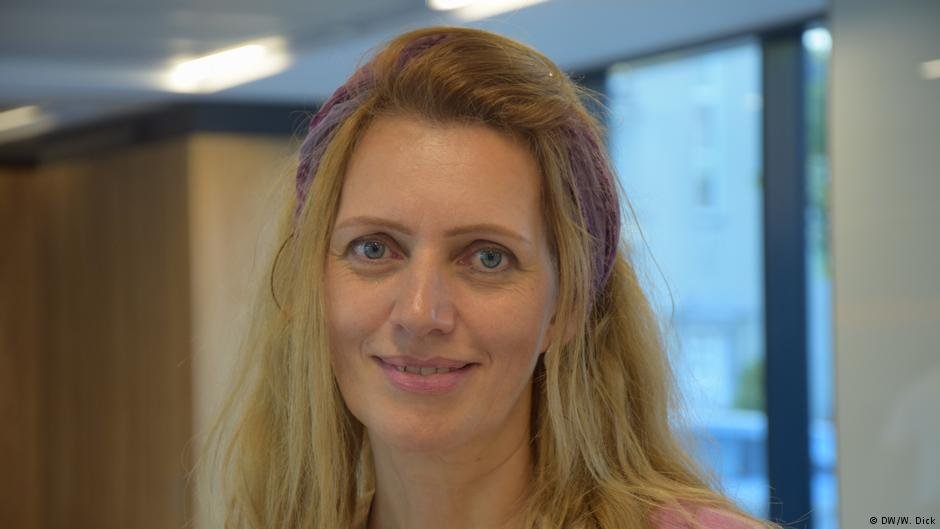 The artist continues to dive into further detail about the horrific episodes some of the refugees witnessed during their journey. She recounts how a group of men from Eritrea told her that they took their sisters along as they inched forward toward North Africa. In a bid to protect the women, they claimed that they were their wives and not their sisters.

Human traffickers then told the men to have sex with the women to prove that they were their wives – or else they wouldn't allow the women on the boat. When the Eritrean men refused, the smugglers decided they could have their way with them. Many of the women didn't realize at the time that they had fallen pregnant from the rapes. Several committed suicide.

"To think that these people who went through all of this then end up suffering xenophobic attacks in Germany where they are literally chased throughout city centers, it feels to me like they are being raped all over again," Ines Ambaum remarks.

"My whole life has changed because of the work I've been doing with refugees," she says. "I used to enjoy things like hopping on a cheap flight to Paris just to have breakfast. Now I can't imagine doing anything even remotely like that. When you pay close attention to such refugee experiences, you lose all interest in decadent things."

Ambaum highlights that her circle of friends have also changed ever since she started working with refugees and migrants. She let go of many friends who started snubbing her for her activism. She's sick of hearing people continually citing how refugees have the latest smartphones, with many of those critical voices claiming that the only way refugees could only afford such "luxuries" was at the taxpayers' expense.

"They fail to realize that mobile phones are the only remaining link they have to their families and homes," Ambaum says. "(Because of such remarks) I often just lay awake in bed at night, crying." 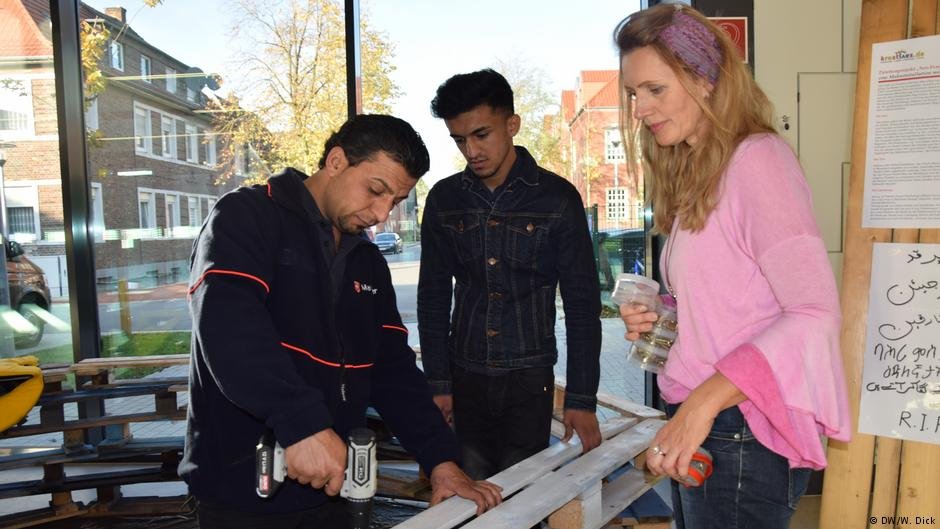 But there's also hope, she stresses. Ines Ambaum takes pleasure in witnessing how the refugees she deals with make progress in integrating, as she sees how their German improves or how they adjust to different cultural norms.

"In my view, about 98 percent of refugees are fully capable of being integrated. But no one is going to print that in a newspaper. That's too uplifting for the press to highlight."

"But regardless, it's true. I see it for myself every day."