Under lock and key: Asylum seekers in detention

European law says 'an asylum seeker shall not be detained on the sole reason of seeking international protection or having entered and/or stayed in the country irregularly.' So if the irregular entry by migrants is not a criminal offense, when is the detention of asylum seekers allowed? And what is the reality in Europe?

"I kept asking ... 'Am I a criminal, am I a prisoner?' I was locked up in a very small space and was too scared to sleep. I'm still scared of people in uniform. The trauma ... will stay with me for the rest of my life."

(Alieu, a refugee from Gambia who was detained in Harmondsworth immigration removal center, quoted in The Guardian, October 10, 2018)

In Europe, thousands of migrants like Alieu are behind bars despite having committed no crime. This is because while seeking asylum is a universal human right protected by countless laws, in practice, migrants and even children, can be locked up for many months.

According to the most recent European Directive on detention, an asylum seeker can be detained for six reasons:

The introduction of this law in 2013 meant that states could not apply a blanket policy of detaining asylum seekers on arrival. At the time, Hungary complied, but this March, it reintroduced the practice of detention in so-called "transit zones" — container camps on the Serbian border where migrants are held while their asylum applications are processed.

Detained coming in, detained going out

Hungary is not alone among EU countries in its approach to detaining migrants who arrive irregularly. Twelve member states detain significant numbers of asylum seekers entering their territory, either at the border or in airport transit zones, according to Marie Walter-Franke, a Jacques Delors Institute Policy Fellow and a specialist on EU migration and asylum policy. The 12 countries are: Belgium, Bulgaria, Estonia, Finland, Greece, Hungary, Luxembourg, Malta, The Netherlands, Slovenia, Spain and the UK.

How long are asylum seekers detained?

Asylum seekers are to be detained for as short a time as possible, according to European law. In practice, countries apply their own time limits, the longest being 18 months. The UK is the only EU state to have no limit on the length of immigration detention. According to AVID, a charity that supports visits to asylum seekers in detention, the longest recorded length of detention in the UK is 1,845 days, which is more than five years. 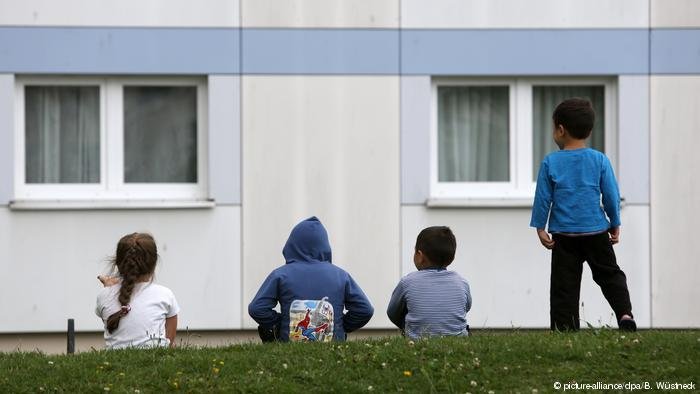 The detention of other vulnerable migrants, such as those who are sick, or survivors of torture, is prohibited. But again, it does happen in practice. A recent survey of detainees in seven deportation centers in the UK found that more than half were "at risk".

Where asylum seekers are detained

"The detention of asylum seekers or other irregular migrants must not take place in facilities such as police stations, remand institutions, prisons and other such facilities since these are designed for those within the realm of the criminal justice system."
(UN Working Group on Arbitrary Detention)

In reality, however, asylum seekers — both children and adults — are often held in prisons, and even psychiatric hospitals. Sweden, Switzerland, Serbia, the UK and Ireland detain people in prisons. 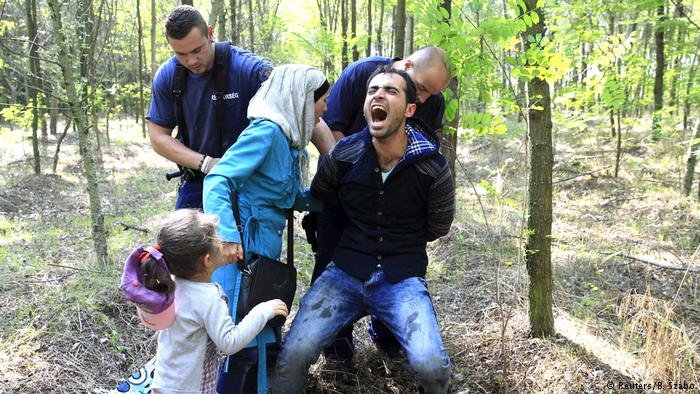 Greece has been criticized for using police stations for immigration detention. Last year, the Greek Council for Refugees reported 14 cases of migrants being detained in police stations for periods of between 20 days and six months, in substandard conditions.

While the detention of asylum seekers prior to deportation remains the norm, the 2013 law requires that countries use alternatives to detention where possible, which means states should implement policies and practices that allow for migrants and asylum seekers to live in the community. These include:
In September 2018, the European Commission president, Jean-Claude Juncker, proposed another revision of the EU Directive on detention, aimed at speeding up the return of irregular migrants. The proposal includes more immigration detention to "support enforcement of return."

The measures were proposed despite a previous commitment to pursuing alternatives to detention, and in the face of critics' concerns that detention causes harm, is expensive to implement and does not achieve its objectives.