Hope for survivors of modern slavery

In the UK, survivors of human trafficking and exploitation are being offered the chance of a brighter future through a unique education course. A program run by Northern College in Yorkshire provides classes and accommodation in a safe environment for people who have suffered extreme trauma.

For ten weeks, a small group of men and women are being given the chance to escape from their everyday lives. These are not everyday students, however, they are all survivors of modern slavery.

The stories of suffering that these individuals have in common are shared by an estimated forty million people worldwide. They have endured periods of their lives, sometimes decades, forced to work as prostitutes, trafficked and sold, as domestic slaves or in forced marriages. Many of them will take years to regain hope in their own futures.

The 'Free Thinking' program, run by Northern College on the outskirts of Barnsley in Yorkshire, is the first of its kind in Britain. It brings survivors of trafficking from nearby areas like Sheffield and Leeds to spend three days a week living and studying at the college. Every Monday morning, a minibus travels to the safe houses and asylum seeker accommodation to collect the students, their suitcases, and their young children.

The students come from diverse nationalities, from Malawi to Pakistan and Brazil to Bangladesh. 25-year-old Sunny (not her real name), from Pakistan, moved to London in 2017 to study a masters degree. She stayed with a couple who beat and raped her for several months, she told the Thompson Reuters Foundation. Here, she is finally safe: "The college is the one thing that gives me confidence. It's my only sanctuary," she says. 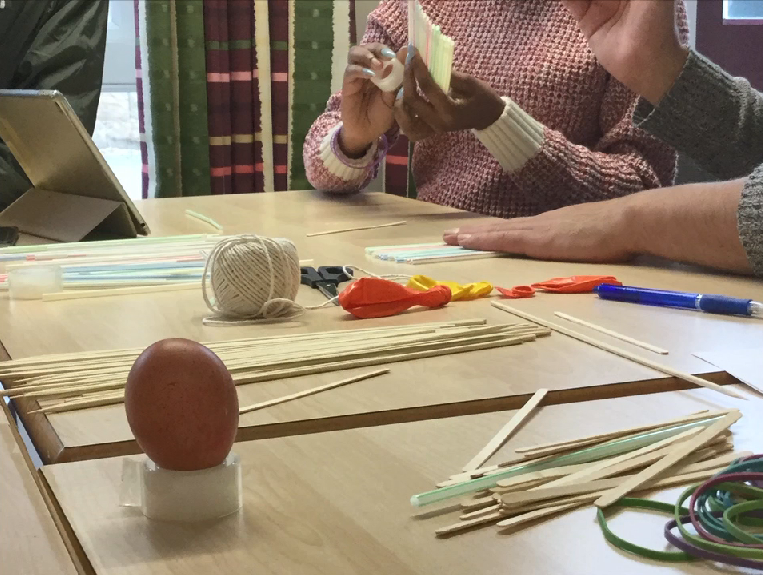 The only prerequisites for the course are that the participant can hold a basic conversation in English and is some way towards recovery from the trauma that they have been through. The youngest student here is just 19 years old, according to the organizer, Jane Williamson. She adds that some students have never told her what happened to them, but that doesn't matter here. What's important is being able to focus on the future.

"For a lot of people, when they go into the safe houses, they've given up all hope of anything getting better," Williamson says. "What I see in the students is that renewed hope, that there is something for them out there."

Williamson says the course also gives the students a chance to make personal connections and friendships, something they have been robbed of through periods of abuse.

"We've had people on the course who've spent over ten, twenty years in that position (of servitude) ... they're very isolated and they haven't got any friends, they've not been allowed to make friends," Williamson explains. "Seeing friendships develop and seeing people feeling that they belong somewhere is fantastic."

Despite having shared experiences of abuse and suffering, the students come from diverse educational backgrounds and levels. One starts the course unable to write her own name, another has a masters degree, but struggles to leave her own room. Both are already making progress in their own ways.

Migrants who have survived sex trafficking and exploitation can find it especially difficult to adapt to life in a new country. The aim of the Free Thinking course is to allow the students to start planning a "normal" life after slavery -to rebuild self-confidence and trust and encourage independence. Without these things, survivors are at increased risk of being trafficked or exploited again.

In the UK, thousands of suspected victims of slavery, children and adults, are referred to the government each year. On any given day in 2016, as many as 136,000 people were trapped in modern slavery in the UK alone, according to the 2018 Global Slavery Index. In Germany, the figure is equivalent, with an estimated 167,000 people in conditions of slavery in 2016. However, the actual number of victims, particularly those in forced labor exploitation, is believed to be much higher.

Living in limbo
In the UK, people identified as potential victims of forced labor, servitude and trafficking receive government support. But recovery can take a very long time. And the system is complicated and frustrating for the survivors, who sometimes have to wait years for their asylum status to be decided.
One of the problems, Williamson explains, is that the procedures for assessing a case of potential trafficking and an asylum claim are separate. This means that even if it is determined that a person has been a victim of slavery, they may still have to wait for a decision on their case for asylum. During this time, they are unlikely to have the right to work. "There's a lot of waiting," says Williamson. "They feel that they're not able to move on with their lives and their problems become reinforced by it."

A place of safety

In the college, the students can feel safe and cared for. They have private bathrooms and spaces to relax in a beautiful setting. Ironically, Northern College is in Wentworth Castle, a grand mansion surrounded by parkland and built with money made from the slave trade. A statue of a slave still remains within the castle grounds. 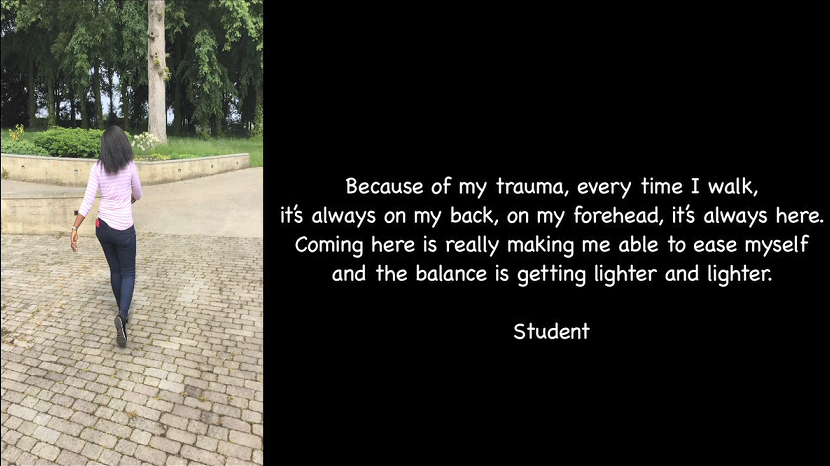 So far the Free Thinking program has reached just 26 people over two courses. A third is planned for next May, but it is dependent on money from the college's own funds. Williamson says they're hoping to find external funding and that maybe in the future, the program can be expanded to more colleges to help many more people across the country. For participants, the program is free of charge.