Why is the Global Compact for Safe, Orderly and Regular Migration being challenged in Europe?

Criticized by many European countries, the United Nations Global Compact for Safe, Orderly and Regular Migration presents migration in a positive light and proposes to improve the rights of migrants and the duties of host countries while combating illegal migration.

United Nations members are scheduled to meet in Marrakesch, Morocco in December 10-11 to endorse the UN Compact for Migration. This document is being presented as the first international tool outlining best practices for managing migration around the world. But just days before it is due to be signed, the list of defectors is growing.

Several European countries are among those reneging on supporting the document, including Poland, Austria, Hungary and Italy. Politicians in other European nations, including the Czech Republic, Bulgaria, Switzerland, Estonia and Slovakia are expressing reservations.

The compact was conceived in response to the migratory chaos of 2015; in order to help countries better coordinate on an international level. The pact was negotiated in New York by member states over a period of more than 18 months, with only the United States initially boycotting. It lists 23 goals, which were approved in July by most of the countries which are now dropping their support.

So what exactly does the agreement say? And what’s behind the last-minute withdrawals?

A non-binding document for participating states

Most of the countries that refuse to support the pact, such as Austria, say the document encroaches on their national sovereignty. They have opposed the text on the grounds that it recognizes a "right to migration," which it does not. The text addresses the rights of migrants—as opposed to migration—and defines the duties of host countries, propositions that run counter to political stances hostile to the welcoming of refugees.

Even so, the document is not legally binding and reaffirms the sovereignty of states over their migration policies. Several human rights organizations see it as a catalog of good intentions, destined to remain unimplemented.

The Global Compact for Safe, Orderly and Regular Migration

Still, the accord is important symbolically and calls for an annual follow-up and thus an evaluation of implementation by each country. Opponents fear it will ignite controversy and be used as a means of moral pressure against their anti-immigration policies. 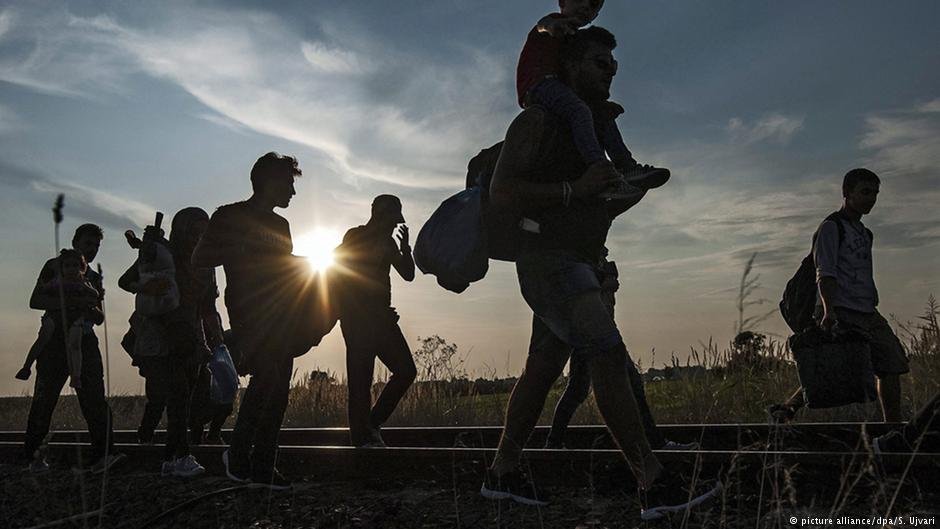 Protect all migrants without distinction

The pact identifies a series of principles, including the "respect and protection of the human rights of all migrants, irrespective of their migratory status, at all stages of migration".

With that at its base, the compact encourages, for example, the provision of assistance and care at different stages of migration and the elimination of "all forms of discrimination, including racism, xenophobia and intolerance toward migrants and their families." It encourages signatories to enact laws that "punish hate crimes and aggravated hate crimes targeting migrants."

The text paints migration in positive terms. Immigrants are described as "a source of prosperity, innovation and sustainable development" in host societies. It’s a portrayal that doesn’t sit well with its opponents. Most of the countries that don’t support the pact are run by nationalist governments or allied with extremist parties that have made the fight against immigration a political cornerstone.

These nations also criticize the compact for not distinguishing between regular migrants and illegal migration. The document pledges, however, to encourage legal migration while reducing the incident of irregular migration and to "strengthen the transnational response to the smuggling of migrants."

A centralized website providing information about visas and travel documents

Beyond its basic principles, the pact includes a catalog of measures aimed at helping migrants stay informed, including the creation of a website that would serve as a central source of information on immigration laws, visa requirements, work permit requirements, professional qualification requirements, training and study opportunities; as well as living costs and conditions. The document also calls for the establishment of information points along certain migratory routes.

Finally, the signatory countries commit to working to facilitate universal recognition of travel documents, as well as combating identity fraud and document forgery by investing in digitalization and biometrics. They also pledge to improve the timely delivery of legal proofs of identity that can help migrants advance their administrative processes in the countries they traverse or in their final host countries.