The camp outside the camp

About 4,000 migrants and refugees are trapped on the island of Samos in Greece. Most of them live in provisional tents, facing a tough winter.

At first sight, things are not as bad as expected: hundreds of migrants are living in crowded conditions on the green island of Samos, but at least they seem protected against cold weather and racist attacks. Their refugee camp is a bumpy, former military training location, heavily guarded around the clock. The ground has been covered with concrete, preventing much of the rain water seeping in to the tents. The camp is located just outside the island capital of Vathy. Migrants can reach the harbor by foot if they want to run some errands or meet NGO workers. This little freedom gives them a sense of normality.

But once on the green hill there is another world, somehow hidden behind olive trees: more than 2,000 people, mainly from Afghanistan and African countries, are trying to survive in pop-up tents. It is a camp, outside the official camp. There is a smell of rain, slum, excrement. 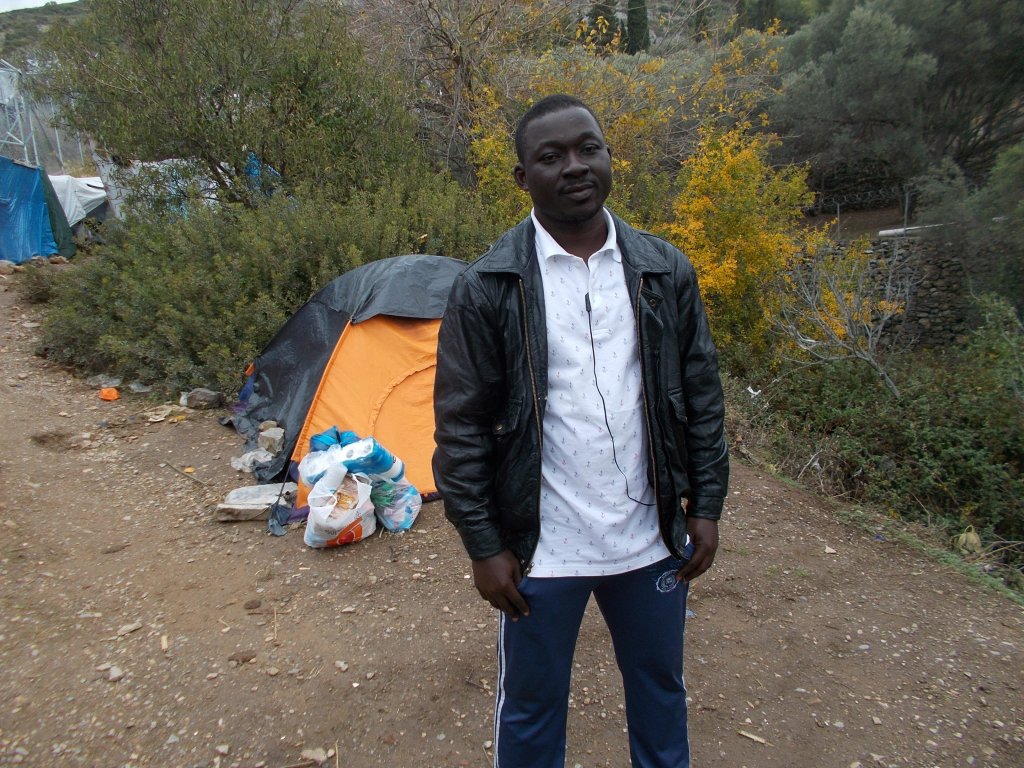 “Look at me, I am sleeping in a bush” says Uwar Quash from Ghana, almost with tears in his eyes. He came to Samos with his wife through Turkey at the end of October. For the moment there is no place for him inside the crowded camp, so he has to spend the night outside, in the freezing cold. And not only that: "There is no security in the bush, anybody can reach our tent without being controlled, I am afraid that something terrible might happen," he says.

The young man struggles to put his feelings into words. He is not ungrateful, he says, he is thankful that the Greek people saved his life. But on the other hand: "They didn’t allow us to drown in the Aegean Sea, we had no casualties in the sea, but now we are going to have casualties here. I am on my knees, pleading to the United Nations, pleading to the Greek authorities to come to our rescue," Uwar says. Yusuf from Iran uses stronger words to express his feelings: "On this island we are not treated as human beings with equal rights," he complains. "It’s like living a slow death," he says. In Iran this is a common expression to describe a hopeless situation. And it‘s not only about the desperate living conditions in his tent. Yusuf has spent more than eight months in Samos and still has no prospect for the future, no answer about whether he is allowed to stay or not. He feels like he is living in limbo.  This makes him even more angry.

It is afternoon and families and ethnic groups stick together outside the camp. Locals in Samos say, this is due to security reasons, for it is dangerous to spend the night outside the guarded premises. But before night falls, children are still playing in the slum, surrounded by rubbish. Freshtal, a little girl from Afghanistan, is cheerfully smiling, even as she complains: "It’s cold here, rubbish is everywhere and we are getting sick" she says. "But when we are sick, it's very difficult to see a doctor." Despoina Anagnostou, a UNHCR Senior External Relations Assistant in Samos, is trying to put everything into context: "In total we have about 4,000 people in a space which was originally designed for 700 people and we have more than 2,000 people living in pop-up tents, without access to toilets and running water" she says. In the last few years the refugee camp in Moria, on the neighboring island of Lesvos, became notorious for its inhumane living conditions. Anagnostou says, she has never been inside Moria and thus cannot make a comparison. But if the number of arrivals continues to soar, Samos may become the new Moria, she believes: “During October we had 1,892 arrivals in Samos, which, for the first time, exceeded the number of arrivals on Lesbos. So the situation is really worrying." 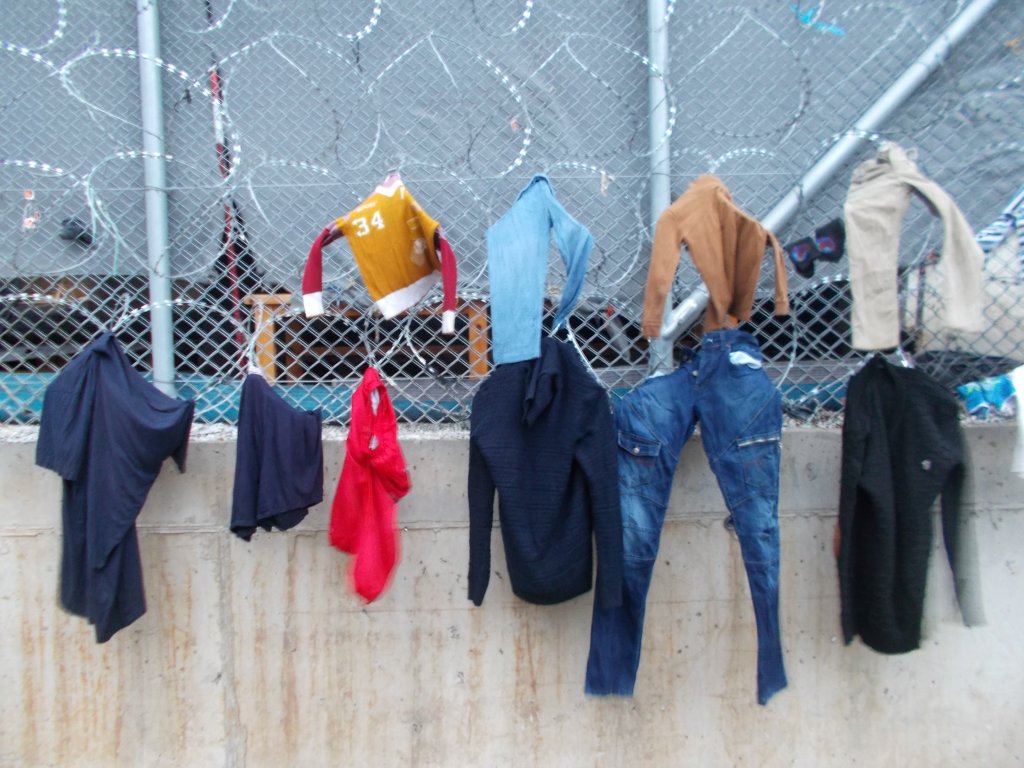