Chios: No future on a prosperous Greek island

Hundreds of migrants and refugees, mainly from Afghanistan and Africa, are stuck on Chios island in the Northern Aegean Sea. Local authorities want to close the refugee camp.

Chios is a fertile and rather prosperous island, which spawned shipping dynasties and didn't need to depend entirely on tourism like many other Greek islands. In recent years, though, that has changed. The island has been going through troubled times; as it finds itself on the frontline of the refugee crisis.

The Vial refugee camp is the main camp on the island, situated in the south of Chios. Conditions were reported to be deplorable, if not inhumane. In September 2017 InfoMigrants called it "a vision of hell."

In the last few weeks, asylum authorities transferred hundreds of refugees to continental Greece and began to remove the pop-up tents outside the camp. Easing the numbers in the camp on the island has improved conditions somewhat, but the situation is still far from ideal.

Marcelo Ambuti is one of about 1,000 migrants still in the Vial camp. He finds conditions difficult, particularly in winter, when the temperatures drop significantly to an average of 6-8 degrees. In July 2018 the young man from Congo crossed from Turkey to the island of Chios. His wife comes from Cameroon. Due to legal reasons that still remain incomprehensible to him, their marriage is not recognized and they had to apply separately for asylum. What is even more embarrassing: "We have been here for more than four months, and we are still waiting for our first interview with the asylum authorities," he complains. 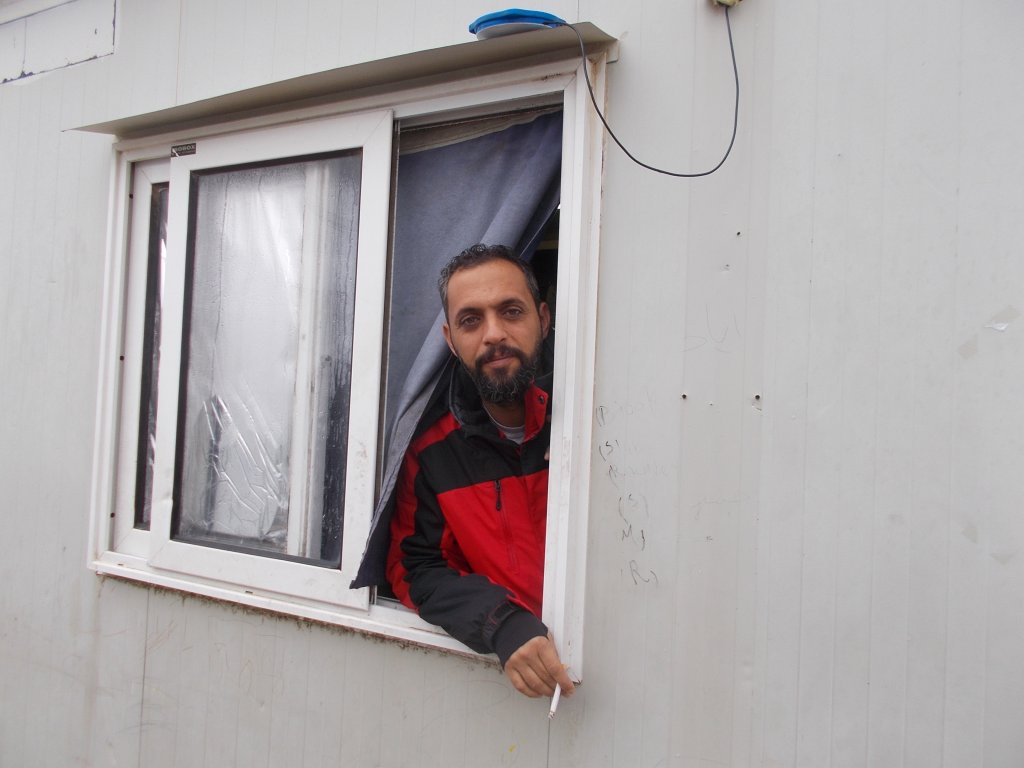 In this respect, Abdul Ghani from Iraq is rather fortunate; he has been given an appointment in December. He came to Chios with his wife and two children and currently lives in a container inside the camp. He hopes one day his family will move to Germany. “The camp is not clean, but generally speaking the conditions are good,” he says.

Unlike neighboring islands, Chios keeps migrants and refugees far away from local people's eyes. The Vial detention center is hosted in a former aluminum factory in the village of Chalkios, more than seven kilometers away from the island's capital. Only a few dare walk for almost one hour and a half to reach the city. Ibrahim, a 21-year-old man from Somalia, says "the city is too far away and besides I have to wait so long for my medical treatment here, so it's better to stay in the camp. I only go to the city when I can afford the money for the bus." 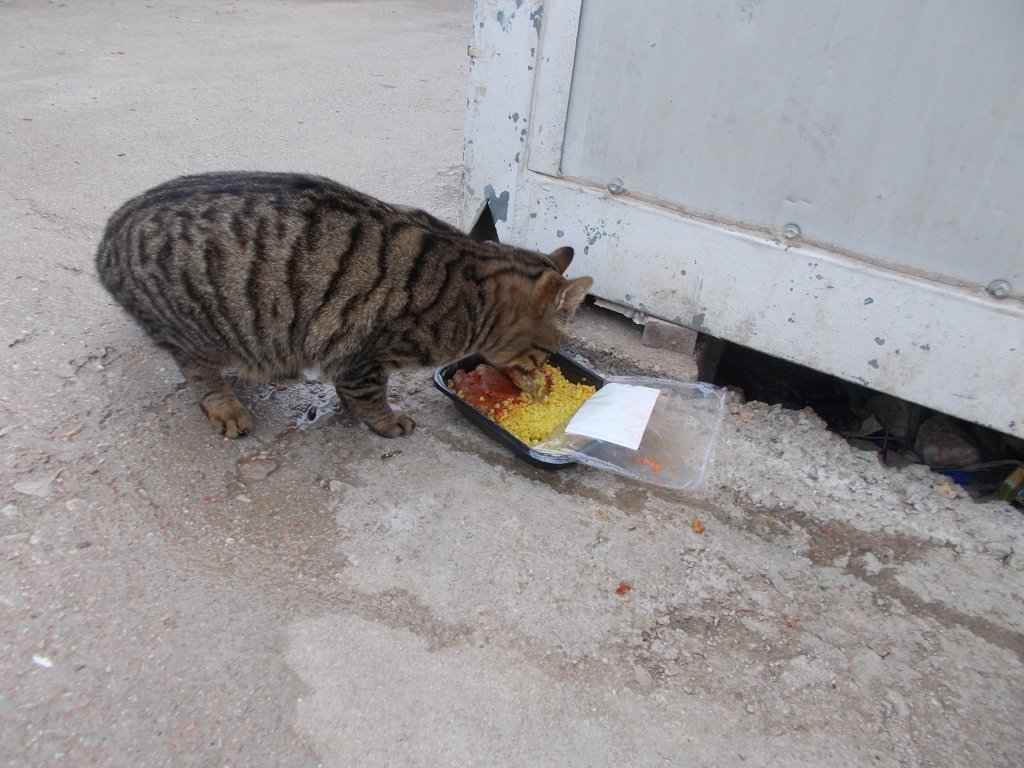 Kader, a Kurdish refugee, takes a different approach. In only one year he has managed to learn some Greek and has even made some friends on Chios. "Quite often I walk to the harbor and meet my new friends for coffee, sometimes we buy fresh fish. You should know that Greeks and Kurds are friends," he stresses.

Most migrants spend their time in the nearby village of Chalkios, running errands or just hanging around, especially late in to the evening. But not everyone is very welcoming towards them. Coffee shop owner Marios Brachnis says locals are starting "to feel tired with the whole situation." Just a few years ago, he recalls, people in the area were offering a warm welcome to refugees.

As time passed, the amount of people arriving from all over the world and hanging around in this tiny village of just 350 local inhabitants, made them change their minds. Some locals have even gone as far as hanging giant banners outside the Vial premises with slogans like: "You have destroyed our islands." Pantelis Koutsouradis, a 58-year-old farmer, moans he has been economically ruined, because lots of migrants have been trespassing on his lands. He used to make a living by planting vegetables near the camp and selling his harvest to a Greek supermarket chain, but in the last three years 90 percent of his food-producing land has been destroyed, he says. Maria Vassili, a mother of two, also joins the protest group outside the camp. "The other night I was at home with my daughters and suddenly I saw some men from the camp sitting around in our courtyard," she complains.  She also wants the camp removed.

'People in Chios are tired'

Giannis Tzoumas, chief of a local TV and radio station, is trying to explain the situation: At first, he recalls, people in Chios were particularly friendly to refugees, offering them clothes and even homemade food. In a second phase they got tired and worried about the situation. They began to realize, he thinks, that both the EU and the Greek government seemed to have forgotten them and saw the island as some sort of permanent half way house where the crossings from Turkey could be halted before they reached the Greek mainland and the rest of the EU. This feeling of being forgotten has translated into anger and impatience with the migrants themselves. 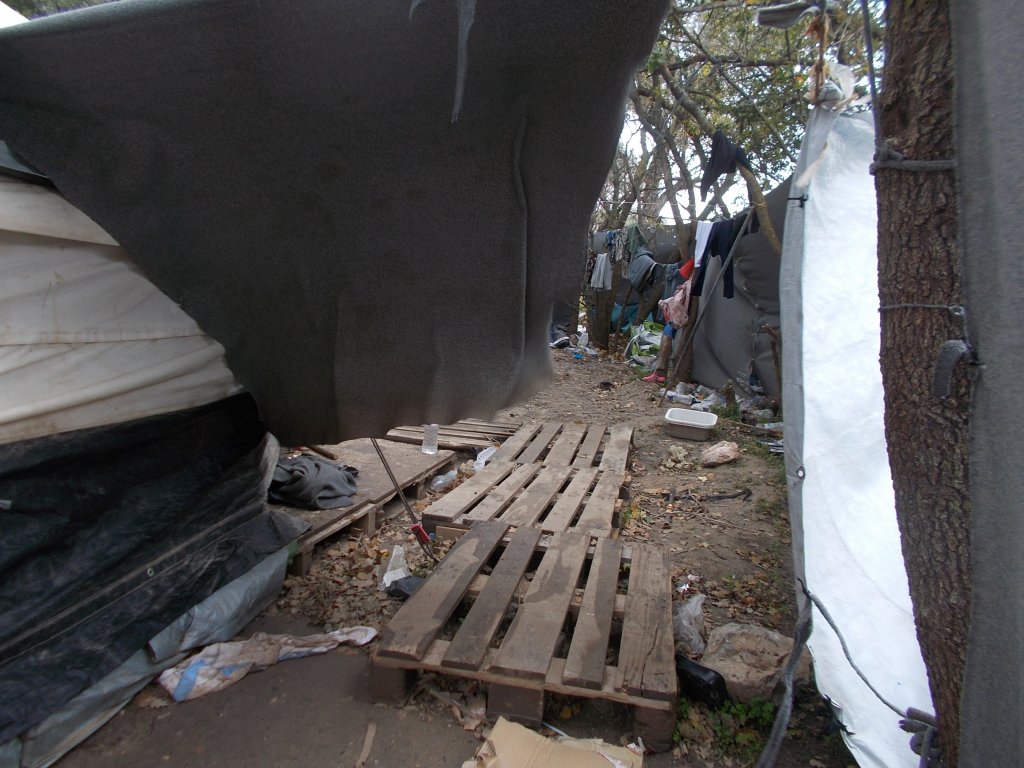 Neither islanders or migrants know what tomorrow might bring but the mayor of the island is adamant. Manolis Vournous says that the refugee camp must go. He explains, "the camp was set up on city property, that was ceded to the Ministry of Migration Policy for just three years- that is until January 2019." With the deadline fast approaching, the people in Vial and on Chios, can hear the clock ticking more loudly than ever.