The German government has moved closer to passing a long-awaited law lifting obstacles to skilled labor from around the world. Businesses say Germany could benefit from nationalist policies in the US and the UK.

Angela Merkel's Cabinet has approved a new immigration law that German businesses have been crying out for, and which has been the subject of political debate in the country for 30 years.

Three ministers appeared before the press on Wednesday to present the fruit of their tortuous inter-departmental negotiations: a law aimed at attracting skilled foreign labor that is due to come into force in 2020, but could still struggle to get past the conservative wing of Merkel's Christian Democratic Union (CDU) in parliament.

"This is a good day for modern Germany," Labor Minister Hubertus Heil told the assembled reporters, while Economy Minister Peter Altmaier hailed a "historic day" that proved the effectiveness of the much-abused grand coalition between the CDU and the Social Democratic Party (SPD).

Interior Minister Horst Seehofer, whose immigration restrictions for asylum seekers almost ruptured that coalition in the summer, also beamed with satisfaction throughout the press conference. "We expressly don't want skilled labor immigration into the social systems, so not into the job centers, but into jobs," he warned. 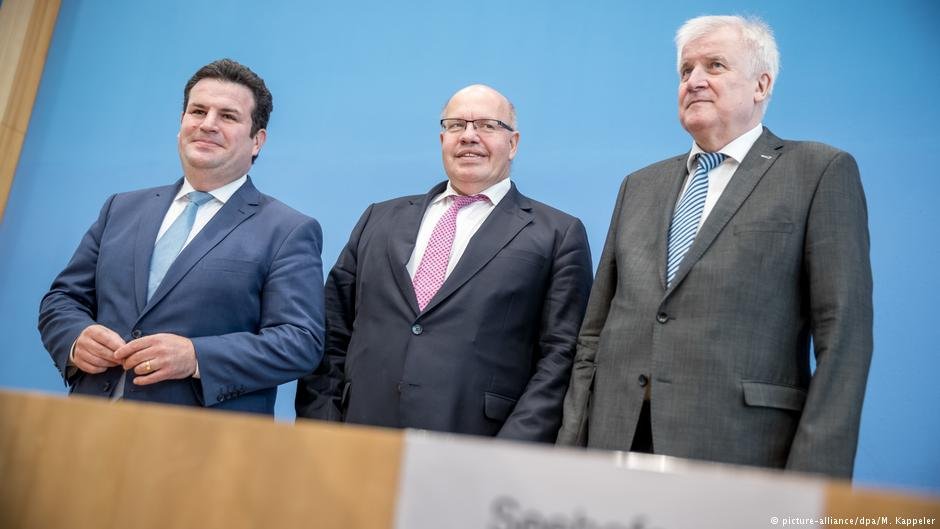 The new law removes several bureaucratic hurdles for immigrants who are looking for work in Germany: in particular, the stipulation that employers have to show that no German or European Union citizen can do the job they are advertising. This exemption is currently reserved only for professions considered in particularly short supply.

The new law will also allow skilled immigrants to come to Germany to look for work, as long as they have an appropriate qualification, can speak adequate German, and are able to secure their own living while they search. Skilled immigrants will also be allowed to come to Germany to have their own qualifications approved and officially recognized by a German institution.

Businesses are struggling to fill vacant posts in several key areas, including care work, the IT sector, electricians, and specialist construction workers. Shortfalls are being exacerbated by an aging population and the fact that fewer people are coming from other EU countries, as economic conditions improve.

Last week the German IT sector federation Bitkom said the number of vacant jobs in IT companies had doubled since last year, reaching 82,000 in 2018.

But given the perennially fraught political debate surrounding immigration, conservatives in the CDU may well try to dilute the reforms for fear that they will be exploited by rejected asylum seekers who have "toleration" status.

The conservative wing of Merkel's party, and especially its Bavarian sister-party, the Christian Social Union (CSU), are unhappy that the new law would allow asylum seekers to stay in Germany for 30 months as long as they have enough work to secure their living and are considered "well integrated."

Seehofer, leader of the CSU, said he was optimistic that these caveats would be ironed out, while prominent CDU politician Daniel Günther urged his party to back the draft law.

Günther took to the Inforadio broadcaster to argue why the draft law was merely sensible. After all, he argued, it was designed to give people a chance to stay in Germany only if "they stick to our rules, … if they've lived here a long time, if they speak German, if they pay for their own living." He also pointed out what he called an absurd situation many companies were facing: losing already integrated and trained workers while hoping to get new ones from recruitment programs being run abroad. Many German companies recruit care-workers in Central and Eastern European countries. 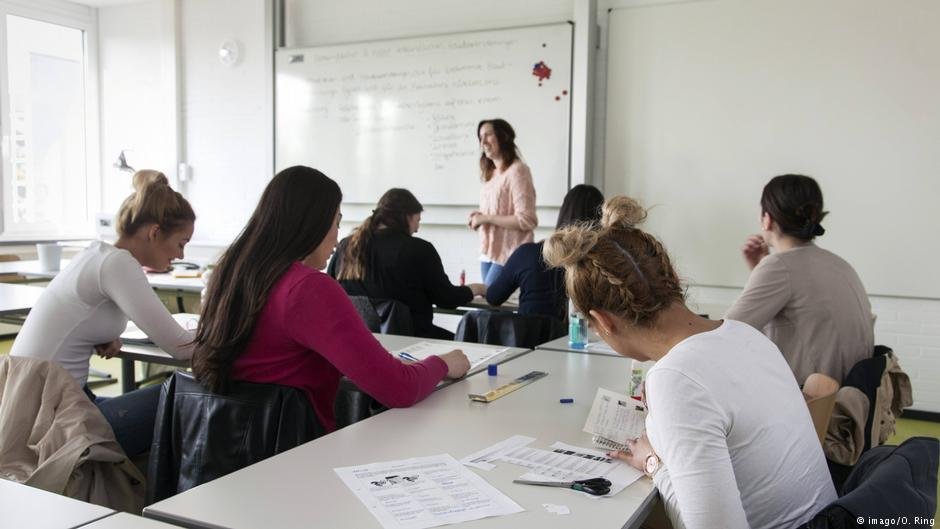 Thomas Gross, law professor and immigration specialist at Osnabrück University, called the proposal a good "first step." "The draft law will mainly serve to expand the number of people entering the country to find work," he said. "Especially in non-academic areas that require some kind of qualification. It will open the German job market more than before."

But he said the potential offered by asylum seekers in the country would barely be tapped by the new law. "There's a conflict between the economic interests of German businesses and the more traditional wishes of the CDU and CSU, who want to make immigration that hasn't been approved in advance as unattractive as possible," Gross added.

He also pointed out that the law did not necessarily address wider problems for foreign people seeking work in Germany: especially long waiting times in offices both inside and outside the country, caused by lack of personnel. "Some people have to wait months just to get an appointment," he said. "Then there are the questions: How long do I have to wait in the embassy? What's the atmosphere in the embassy like? What kind of information do I get?"

Lawyer Bettina Offer, who represents major German companies looking for employees abroad, said the political debate around the law mixed two questions that aren't really related: refugees and skilled immigration. "Unfortunately a lot of the debate yet again is about residency permit prospects and toleration status, which are really only small regulations in the draft law," she told DW. "But that's the way it is in Germany: the refugee debate takes over the skilled labor debate."

Offer's clients have reported shortages of engineers, in particular, and she maintains that, despite bureaucratic difficulties, especially with long waits for visas, Germany remains an attractive country for skilled workers, especially for people from India, China, Brazil, South Africa, Russia, the US, Canada, and Japan. "We do have the feeling that more people would like to come than can come, but the infrastructure doesn't have the capacity," she said.

"Germany is attractive because industries are in a very good position at the moment, and needs people," she said. "On the other hand, Germany is also well-loved because it has an open culture, especially at a time when in the US the tendency is towards less migration, and the UK is concentrating on its national concerns with Brexit."