The migrants managed to rescue dozens of people who were trapped by the flames of the summer wildfire. Greek officials hope this will counter anti-migrant opinions in Europe.

The three migrants who aided dozens of people during a summer wildfire in Greece were granted Greek citizenship for their heroism on Wednesday.

"The three foreign nationals, displaying self-sacrifice and ignoring the dangers, joined Greek fishermen and saved dozens of our fellow citizens, including many children whose lives were at risk," read the decision to grant the men citizenship. "Their self-denial and the exceptional contribution…warrant the application of legal provisions for honorary naturalization."

Greek President Prokopis Pavlopoulos hosted a ceremony for Gani Xheka from Albania and Emad El Khaimi and Mahmoud Ibrahim Musa from Egypt to honor them for their bravery in saving dozens of people during the wildfire. 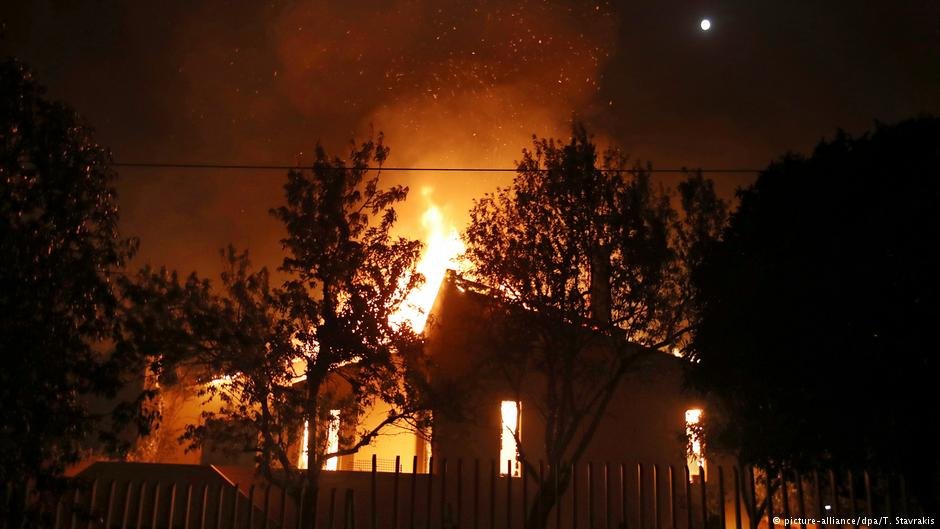 The three men were fishermen who pulled people out of the water when people fled the encroaching wildfire. Some of the people they saved were in trouble because they had difficulty breathing due to the heavy smoke. The men also guided the survivors to a nearby port.

"In a situation like that, when you are talking about people's lives, there's no religion, no black people, no white people. You just have to help people who are in danger," said El Khaimi following a ceremony on Wednesday, according to AP.

Greek President Prokopis Pavlopoulos honored the trio during the ceremony and said their act was "sending a message to Europe" against anti-immigrant sentiment.

Interior Minister Alexis Charistis, who attended the ceremony, agreed with Pavlopoulos. Charistis said the "human value" the fishermen displayed are ones people "must hold dear because unfortunately, there has been a reappearance in Greece and in Europe of voices of racism and hatred."

The summer wildfire in Greece in the coastal areas of Attica took 100 lives and destroyed hundreds of homes in July 2018.