Four asylum-seekers reportedly assaulted a dozen people in the Bavarian town of Amberg over the weekend, renewing debate over migration. The mayor rejected fears of vigilantism by the far-right NPD.

A German far-right group claims to have carried out street patrols in the Bavarian town of Amberg where four asylum-seekers allegedly attacked a dozen passers-by over the weekend.

The Nuremberg branch of the far-right National Democratic Party (NPD) posted pictures on its Facebook page of people wearing red vests with the words "We're creating safe zones" on them, walking through the streets of Amberg.

The town's mayor, Michael Cerny, called for calm, however, saying the patrols did not constitute any form of vigilantism.

A police spokesman, Thomas Schmidt, told DW that anybody who forms protection patrols should expect to be fined or face criminal charges.

"The police strongly disapprove of people taking this into their own hands," he said.

Four suspects aged 17-19, who were asylum-seekers from Afghanistan and Iran, are reported to have suddenly harassed and hit passers-by on Saturday evening while under the influence of alcohol. Twelve people sustained mostly minor injuries.

The accused are currently being held in pretrial detention on charges of causing dangerous bodily harm. Three of the four had had their asylum requests rejected.

An Amberg police spokesperson told DW that authorities were aware of the NPD Facebook posts, but had not seen the street patrols.

"We haven't seen anything. There were just pictures of people on social media," the spokesperson said.

Since the middle of last year the NPD has been organizing a so-called protection campaign, sending members out in vests to show a presence in "problem areas," party functionary Sebastian Schmidtke told DW.

In the case of Amberg, two groups of four-to-five people in vests patrolled through the streets to show the local population there was "security again," he said, adding the NPD members had no weapons. In the event of an incident they would inform police unless the situation was "acute" and required a response, he said.

An Amberg police spokesperson said that authorities would treat any NPD patrols as an unregistered political gathering. The NPD says they have a right to patrol the streets under Germany's "freedom to roam" laws. 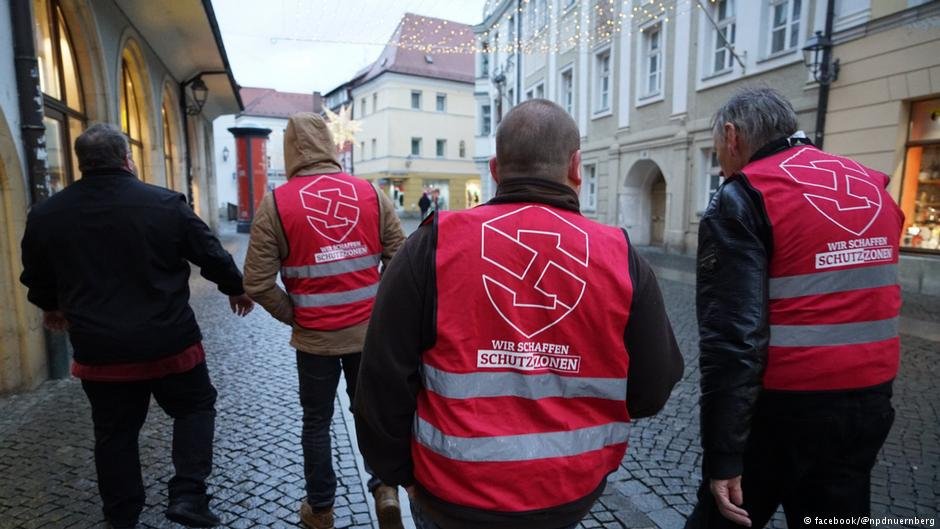 The assaults have revived debates over immigration, integration and crime that have dominated German politics since the influx of more than one million asylum-seekers since 2015.

Interior Minister Horst Seehofer, who has clashed with Chancellor Angela Merkel's migration policy, said Wednesday that existing laws must be hardened to ensure asylum-seekers who commit crimes are deported.

Meanwhile, representatives of the far-right Alternative for Germany (AfD) were expected in Amberg on Thursday to "get a picture of the situation" following the assaults, the party said.

"The local population must be urgently protected from those who are allegedly seeking asylum protection," said Katrin Ebner-Steiner, the head of the AfD's parliamentary group in Bavaria. She called for the "immediate removal" of the perpetrators who had "squandered" any right to stay in Germany.