Freezing weather is exacerbating difficult conditions for migrants in overcrowded refugee camps in northern Greece. Last week the cold spell led to a protest by dozens of migrants at a camp near Thessaloniki. Greek officials have blamed the number of people flooding into the camp from the islands and across the Turkish border. But could the situation have been prevented?

Harsh winter conditions hit northern Greece a few days into the new year, bringing sub-zero temperatures, strong winds, snow and ice. In the Diavata refugee camp near the port city of Thessaloniki, several hundred people are struggling with basic survival. Yet every week, despite the weather conditions, more continue to arrive.

"They don't think about this kind of thing, they just want to move on," said one man at Diavata after another Afghan family arrived in the snow. "They just think that in the next stage from Turkey, when they go to Greece, everything will be fine."

When they reach Diavata, the migrants find the reality is different. The camp is full to capacity, with around 800 registered asylum seekers. On top of these, there are between 500 and 650 people living at the site without having been registered by migration authorities.

"Most of them have built their own makeshift shelters and tents, which are not providing them with the protection needed," says Mike Bonke, the Greece country director of the Arbeiter Samariter Bund (ASB), an NGO providing support services to Diavata. "They have no (safe) heating, washing and sanitation and cooking facilities." 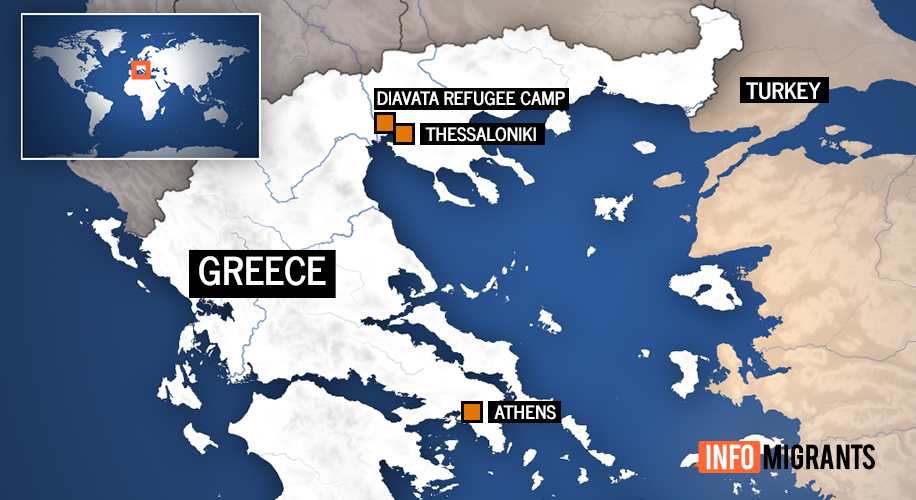 Last week, the difficult conditions prompted around 40 migrants to hold a protest outside the camp, burning tires and blockading the road. A truck driver tried to get through the barricade resulting in a fight which left one man in hospital.

The driver lost his patience and started swearing at the migrants, who threw rocks and broke his windscreen, reports said. The driver and four migrants were charged with causing grievous bodily harm, according to the Greek daily, Katherimini. 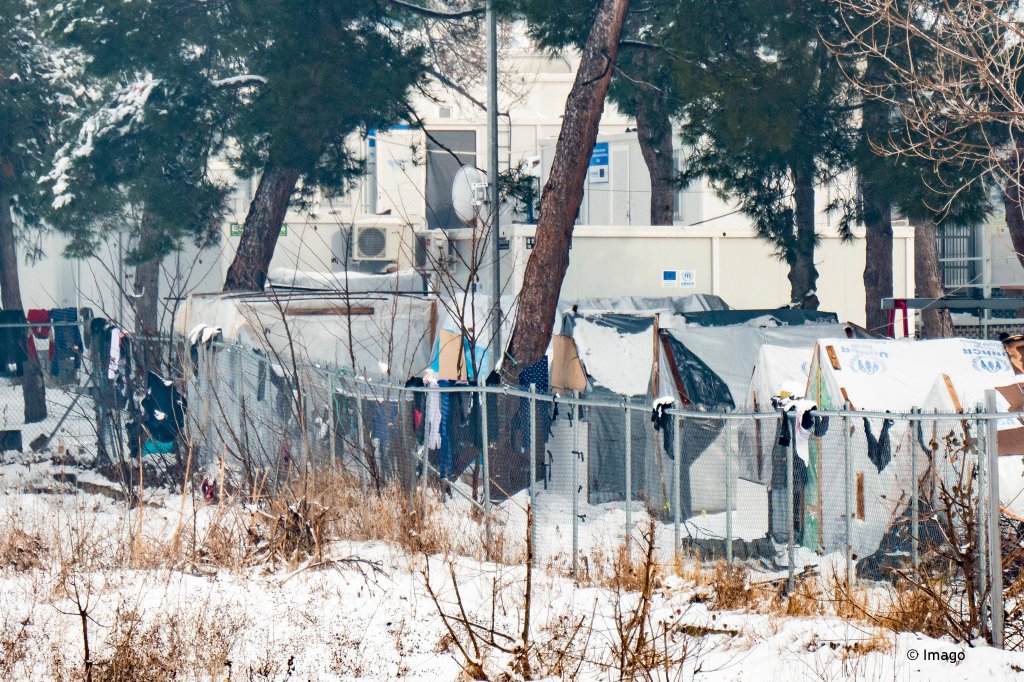 Diavata is just one of a number of migrant facilities in northern Greece to have been affected by the cold snap. An NGO contacted by InfoMigrants said that Orestiada, near the Evros river to the east, was covered in snow. Migrants in the critically overcrowded camps on the islands too are contending with snow, frozen water pipes and icy roads.

According to the ASB, the refugee reception camps lack resources to cope with the current conditions.  "Healthcare services at all (refugee reception) sites are not adequate," Bonke says. 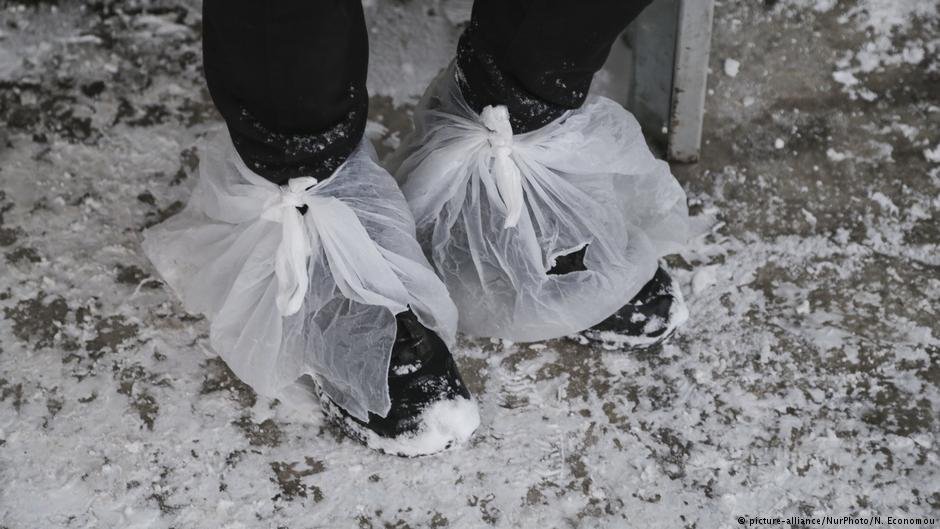 Agis Terzidis, an advisor to the Greek Minister of Health and  Vice-President of the Center for Disease Control (CDC) which coordinates healthcare provision to migrants and refugees, admits that the cold weather, in addition to the poor conditions and overcrowding in the camps, is exacerbating migrants' health problems. "We have people living in conditions that are not acceptable for anyone," he says.

National health system must step up

In response to the worsening situation, there are plans to boost EU-funded medical teams operating in camps throughout the country, including the islands, Agis Terzidis says. But he told InfoMigrants that from now on, more pressure would be put on the Greek national health system and local hospitals to tackle the problem, rather than medical staff in the camps themselves.

Terzidis also insisted that fixing the situation in the camps was "not in the mandate" of the CDC, as it was chiefly a result of greater numbers of people arriving and consequent overcrowding.

Instead, the CDC’s main priority remains vaccinating migrants to prevent outbreaks of hepatitis, measles and other infectious diseases. It also focuses on treating those suffering from chronic diseases, some of whom will likely succumb to the harsh winter conditions. 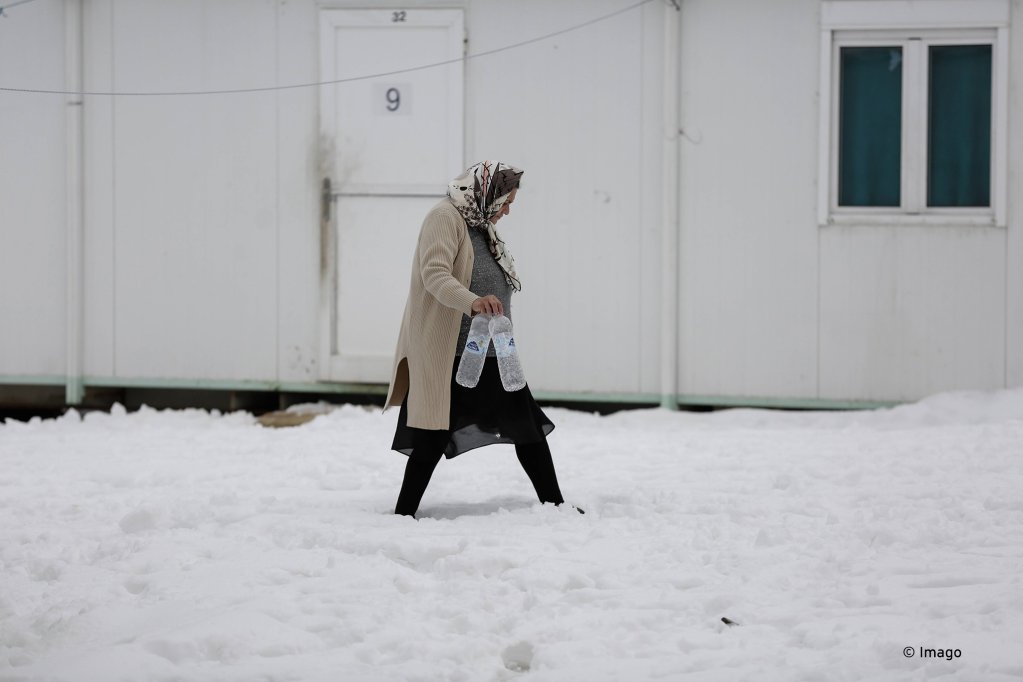 With more bleak weather predicted, a vegetable garden is being planned in the Diavata camp, giving the residents something to look forward to. That will have to be abandoned if more people start to arrive when the weather improves.

The camps continue to be under pressure from the large and unpredictable numbers of arrivals. Currently there are around 20 arrivals per week at Diavata, but that could quickly escalate to hundreds. So far, Greek authorities do not seem to have taken steps to limit how many end up at the camps seeking protection.

As both government and army staff and their NGO colleagues in the camps remain powerless to solve the problem of overcrowding, their main task will be to protect migrants from harm and exposure as the winter enters its coldest months.