Migrants in Bosnia and Herzegovina sleep on frozen grass

A group of activists from Switzerland visited western Bosnia in late December to provide assistance to thousands of refugees and migrants trying to enter the EU-member state Croatia from there. The conditions they live in in Bosnia are far from good, says activist Stefan Dietrich.

Deutsche Welle: Together with Netzwerk Asyl, a Swiss humanitarian association from Aargau, you and the organization Help Now raised financial support and humanitarian assistance, and traveled to Bosnia and Herzegovina in December. You visited refugees and migrants camping out in Velika Kladusa, others who were staying in a former factory near Bihac as well as a refugee center in Salakovac near Mostar. What is the situation like in these camps? What are the living conditions like?

Stefan Dietrich: In Miral near Velika Kladusa, there were 690 people, among them ten women and children. The others were mainly young men. People there sleep in bunk beds around which they hang blankets in order to have some privacy. They use plastic toilets. Our impression is that everything was improvised. Things could be cleaner and better organized. It is dirty and cold. The situation is difficult, I wouldn't call it a catastrophe, but there are still people who sleep outdoors. Hygiene is still poor and doctors don't visit the camp on a daily basis as they should. They only come at given times, and they don't speak good English. Yet, the situation is better than it was during the summer.

Are conditions in other camps as bad?

The former factory Bira in Bihac is a huge, dark hall, filled with sad people and lots of  trash. Some say that 1,700 people are living there, others mention 2,100. Inside the factory, you see containers and tents where migrants live. IOM workers told me that out of 200 containers, 37 were without heating, so we bought heaters and gave them away. We also bought microwaves for the Red Cross so they could warm up food. Food is scarce, it seems. Those who have some money can buy food at a grocery store. We were able to collect and then give away a number of gloves, socks, shoes, caps, jackets, insulated pants, diapers, food, and medical supplies. Toilets there are clogged up and dirty, there is trash everywhere. One of the migrants in Bira was taking a shower with cold water - there was no hot water. People are trying to make things better but it is still far from good. While we were there many people slept on frozen grass. We saw many who didn't look healthy. 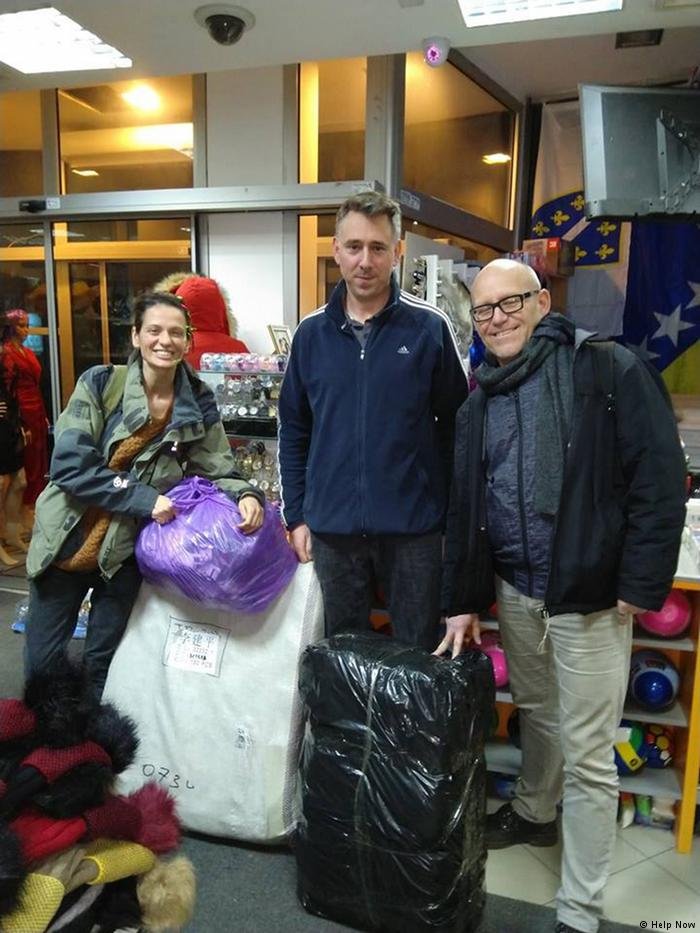 You talked to migrants and refugees. How do they cope with their situation?

They are quite optimistic. We met someone who was returned to Bosnia and Herzegovina six times, the other one 18 times, but both were still optimistic about the future and believed they would eventually end up in the West. We were told in Velika Kladusa that every evening, 100 migrants attempt to cross the border. 70 are returned but the other 30 somehow manage to get through and reach Italy via Croatia and Slovenia. Most of them are positive, and that surprised me.

What are their reasons for fleeing to the West?

There was a group from Egypt who had fled because they had issues with the police for publishing content critical of the government. There were people from Morocco seeking a better life or others from Iran who had fled their homeland for political reasons. People flee from Pakistan because of economic hardship and even war. I knew there were refugees from Syria, Iraq, Afghanistan but I was somewhat surprised to meet people from Egypt and India. They all hope things will get better and that they will eventually be able to cross the borders.

What was your impression of the local population in Bosnia and Herzegovina?

Locals are ashamed that their government doesn't do more to help refugees and migrants. People in western Bosnia feel abandoned. But things could work better, I saw that for myself in Mostar. I visited the Salakovac camp there in July and December and everything was functioning well there. Conditions are not the same as they would be in Switzerland or Germany, but they are still humane. There are many children in that camp. If Bosnia and Herzegovina can provide for migrants in Salakovac near Mostar, I can't see why it cannot do the same in Velika Kladusa and Bihac. 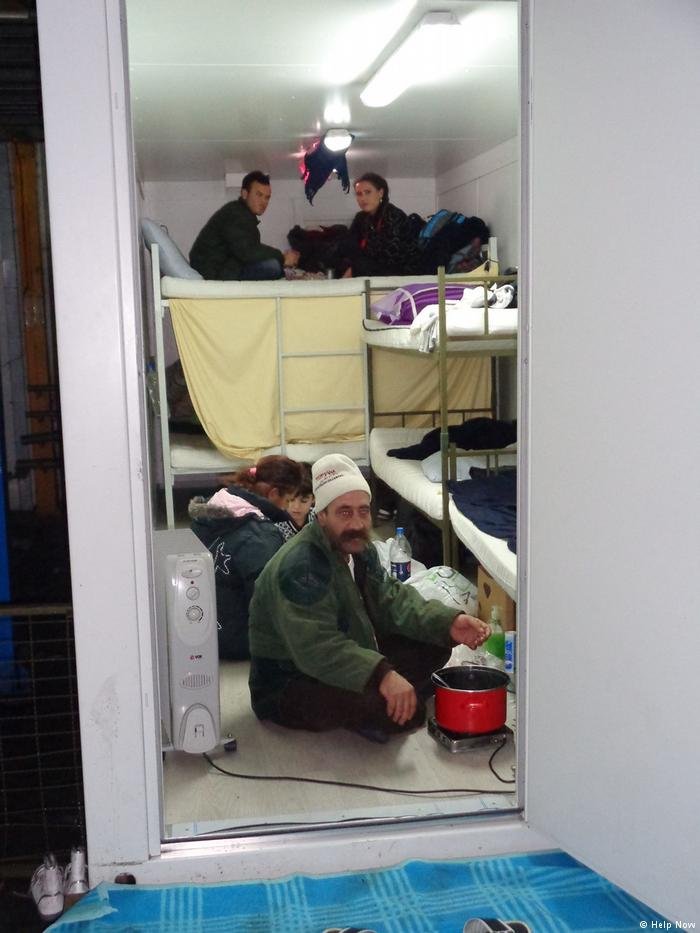 How did the police in Bosnia and Herzegovina, Croatia and Slovenia treat refugees? Did you witness violence?

It was odd that those who 'gambled', meaning those who tried to cross the Croatian border, didn't try to go straight to Karlovac. Instead, they were driven to Kostajnica via Novi Grad, where they would attempt to cross the Una river by boat. Local smugglers would take them to Banija in Croatia where they would usually be apprehended without even progressing a kilometer. Croatian police would seize their cell phones. It's more or less the same stories I had heard this summer. Some of them reported that they were kicked but they said they weren't beaten up. Their belongings, cell phones and money were taken. Some even claimed to have had their shoes taken off. They were returned to Bosnia and let go into a forest. They somehow managed to find their way to the city of Banja Luka and then on to Bihac. We had heard about brutality and violence against refugees in Hungary and Bulgaria earlier. It seems to me that what is going on in Croatia is happening in a systematic way; nothing is accidental or spontaneous.

What were the strongest impressions from your travel to Bihac and Velika Kladusa?

The situation is very difficult, that is clear. And Bihac and Velika Kladusa are extremely affected. From March 2018 they were, more or less, left to deal with this problem on their own. I had visited many camps from autumn 2015 - Spielfeld, Dobova, Slavonski Brod, Sid, Belgrade and Subotica. I had also visited refugee settlements in Tabanovce, Gevgelija and Presevo. This summer I was in Velika Kladusa, Bihac and Mostar, and again in December. You can tell that many people, individuals and organizations want things to change for the better. But it is apparent that state institutions either cannot or do not want to resolve this situation. And I primarily refer to state institutions in the capital Sarajevo. Mostar is a clear example of what can be achieved when there is political will. 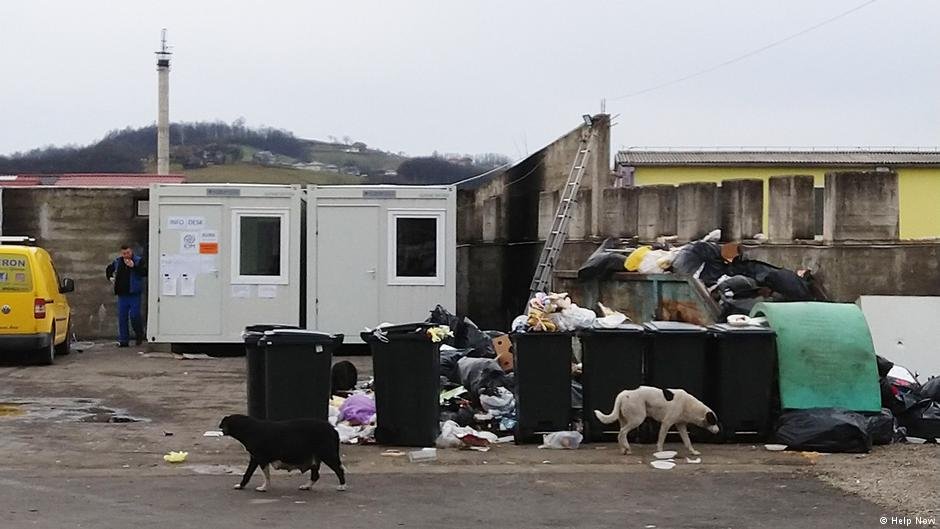 Stefan Dietrich is an activist and volunteer at the association Netzwerk Asyl from Argaua, Switzerland. He is a German citizen but has been living in Switzerland for the past 13 years. He holds an MA in history (2004, Vienna) and works as a teacher in a school in Bermgarten today. During the 1990s, he assisted refugees from Bosnia and Herzegovina who were in Bavaria. He continued to help in projects in the region during the 2014 floods and during the migrant crisis in 2015.