Numbers of migrants on the streets of Paris grows

More than 2000 migrants are sleeping on pavements and in illegal camps in the French capital, Paris, according to the organization France Terre d’asile (FTA -France, land of asylum). And the numbers are increasing, warns the organization.

Since the autumn, migrant tents have been mushrooming again on the streets of Paris. Back in June, the Parisian authorities cleared most of the people sleeping in tents on the streets and even in the middle of roundabouts, but as autumn turned to winter, their numbers have grown.

The organization France Terre d'asile (FTA) has been conducting a kind of unofficial census, counting how many tents there are in each of the informal settlements. The numbers, they say, have grown from about 1728 migrants at the beginning of January to 2039 on January 9. The director of the association Pierre Henry warns InfoMigrants that "if the authorities don't do anything about this, those numbers could climb to 3000 by the end of January and to 4000 in February."

FTA says that most of the rough sleeping migrants are men, since priority is given to women, children and families in terms of accommodation in official centers. Pierre Henry explains that although some people sleeping rough would qualify for asylum, others had already registered in their place of first entry in Europe, meaning they would be sent back to those countries if they tried to register with the authorities in France. The Dublin regulation, Henry says, was essentially discouraging them from re-registering with the authorities in France. 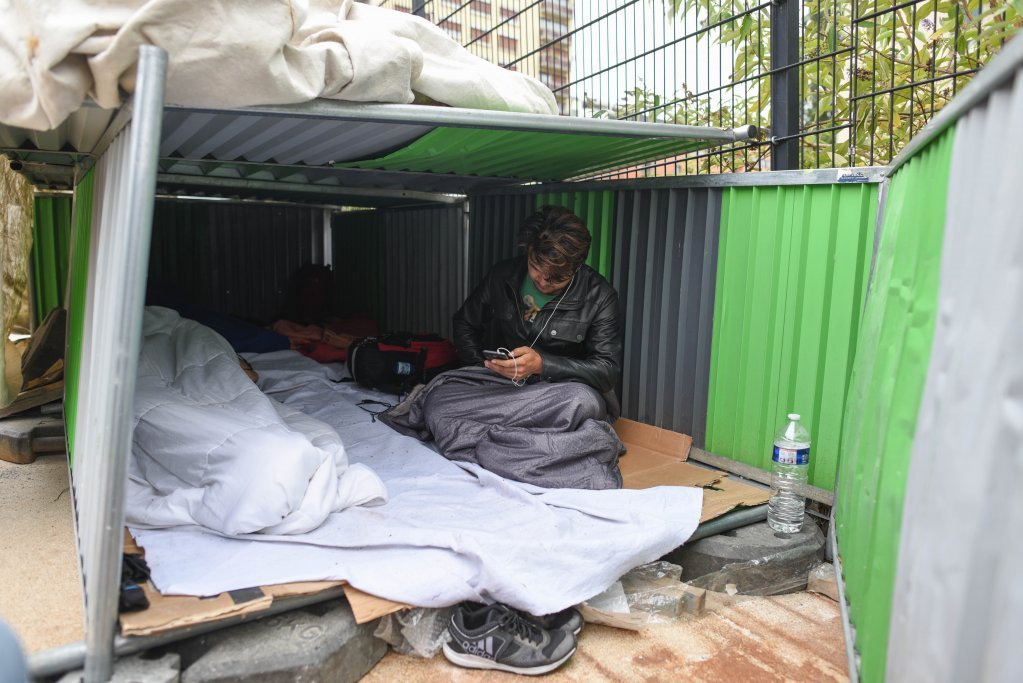 Dotted around the capital

The unofficial camps are clustered around several different areas of Paris and its suburbs. Around 800 people are clustered near the beginning of the A1 motorway at Porte de la Chapelle. There are other smaller camps at Saint-Denis, Porte de Clignancourt and Porte de la Villette. At Porte de la Villette, there is a predominance of Sudanese migrants who are camping out literally in the middle of a roundabout, surrounded by traffic fumes, rubbish and rubble.

The French news agency, Agence France Presse (AFP) spoke to some of these people at the roundabout. One man, calling himself Moubarak, explained to AFP that he had been able to register with the authorities in September and he was waiting for his asylum claim to be processed. In the meantime he said he had been sleeping on the roundabout for "four months." His situation, he explained, was better than many of his companions who had no hope of receiving asylum. 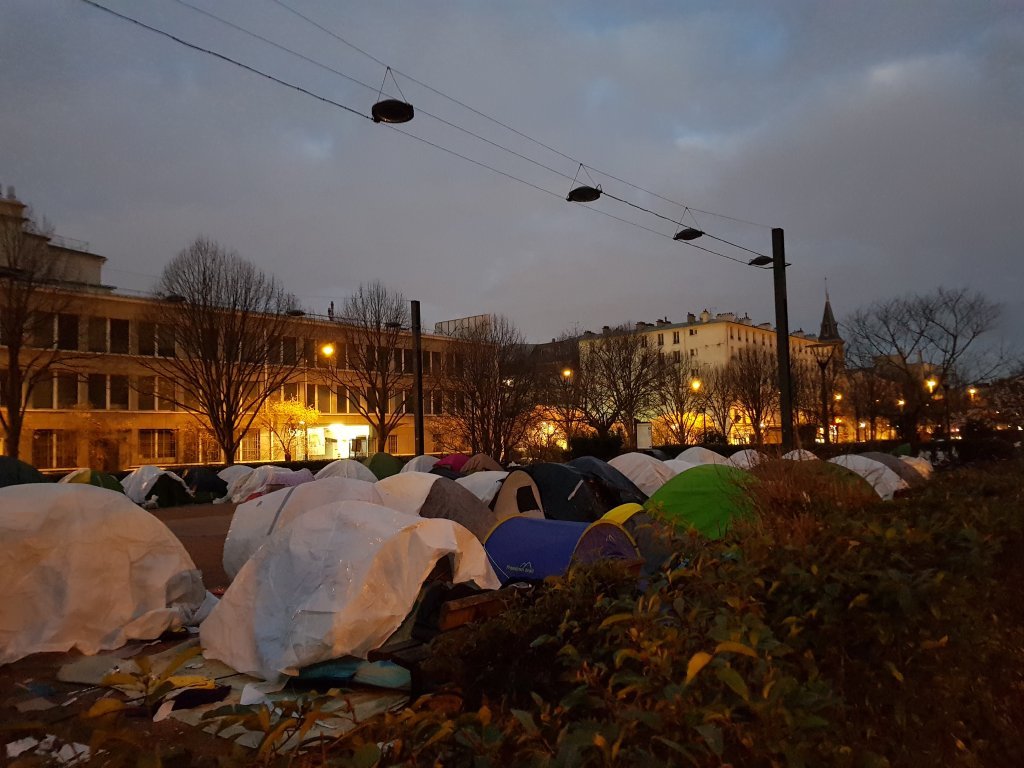 The prefect for L’Île-de-France, the region which contains Paris, Michel Cadot, told AFP that there had been "a 45 percent increase in the numbers of those seeking asylum," in 2018 which had "saturated the migrant reception centers." In response, the authorities have declared that they will create 1200 supplementary places "very soon." They have already launched a special emergency plan to try and protect all those in need on the streets during the winter months.

The majority of asylum claims in France, between 30 and 40 percent, are registered in the L’Île-de-France region. It is also the region with the most number of centers to accommodate migrants.

But Pierre Henry at the FTA thinks that the French authorities have not been focusing on this problem lately because they have been preoccupied with other things since the anti-government social protest movement known as the 'Gilets Jaunes', or yellow vests, began.

Hopes of reaching the UK

Apart from those who would be sent back to their first point of entry in the EU, some of those on the streets have not sought asylum in France because many nurture hopes of one day getting to the UK and seeking asylum there instead. That, at least, is what one Sudanese man called Franck told AFP.

What happens to these people whilst they are on the streets is worrying NGOs. Some camps sit side by side with crack addicts. On the streets the mental and physical health of rough sleepers just gets worse, explains Philippe Caro from the association Solidarités migrants Wilson (Solidarity for Migrants Wilson), a civil group formed to help migrants in the north of the French capital. He told AFP the situation was a "catastrophe" and called for more places for migrants immediately.

It is a demand echoed by Pierre Henry at the FTA. He believes the authorities are playing catch up when it comes to really facing up to the realities of migrants in France. He adds that he has been demanding that the authorities open up a welcome center in Paris for the last two years as well as additional ones in all the regional capitals in order to take some of the pressure off the French capital.

At the end of December, 14 NGOs including Médecins sans frontiers (MSF – Doctors without borders) and le Secours catholique (Catholic emergency) joined forces to accuse the state of "deliberately putting [migrants] in danger," by essentially forcing them to become almost "invisible." They called on the French President, Emmanuel Macron to "make sure [that these people] are housed rapidly."

Pierre Henry is worried that if the situation is allowed to get worse, it will only serve to feed the climate of "intolerance and rejection."