The mayor of Gdansk, Pawel Adamowicz, was a humanitarian who welcomed migrants and refugees. Across Poland, thousands of people have turned out to honor the 53-year-old who died on Monday, but his death highlights deep divisions in the country too.

Pawel Adamowicz's assassination has left Poland in a state of collective shock. The mayor was attacked as he was addressing a crowd of hundreds of people at a charity event on Sunday. He was taken to hospital but died from stab wounds. Following the announcement of his death, thousands of people gathered in cities throughout the country to mourn what was, in the words of the Polish President Andrzej Duda: "Evil; hard to imagine."

The attack was apparently an act of revenge. From the stage, the attacker shouted that he had been unfairly imprisoned and tortured by the former government led by the Civic Platform party, formed by the current European Union President Donald Tusk. On Monday, Tusk told a vigil in his home city, "Pawel, I promise you that we will defend our Gdansk, our Poland and our Europe against hatred and contempt." 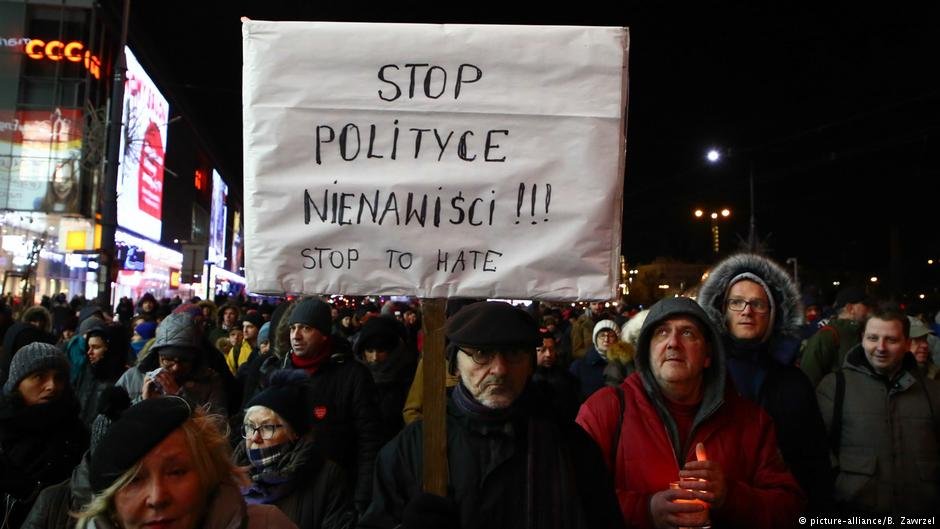 Adamowicz was a liberal who opposed the national government's position on many issues. He was elected to a sixth term as mayor of Gdansk last October as a supporter of gay and immigrant rights. The ruling nationalist Law & Justice party, which won power in 2015 on a pledge to replace Poland's "self-serving elites," has rejected taking in refugees. Since 2015, social and political divisions in the country—especially over migration—have been steadily increasing. In 2017, during a march for Independence Day, right-wing groups carried banners saying "Pure Blood" and "Europe will be white or uninhabited."
Politicians from across the political spectrum have spoken out against the attack. The Prime Minister, Mateusz Morawiecki, described it as a "huge tragedy" for Poland. After the announcement of his death, a black-and-white photo of Adamowicz was posted on his twitter account. 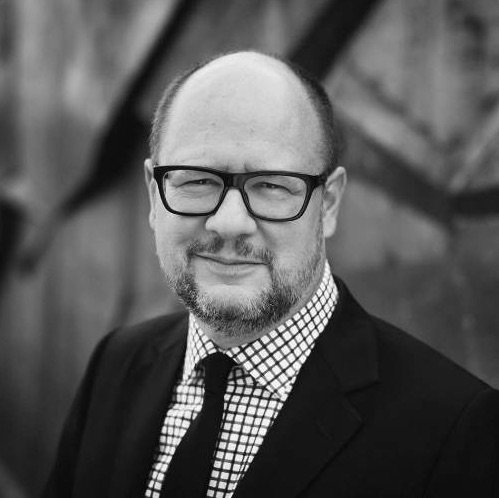 A pro-refugee stance 'our responsibility, our risk'
The UN's refugee agency, UNHCR, has published a tribute to Adamowicz, describing him as  "a deeply courageous, moral leader who showed the way in helping refugees and migrants to integrate." The UNHCR Central Europe Representative Montserrat Feixas Vihe writes that, despite having received hate mail for his pro-refugee stance, Adamowicz "did not weaken in his belief that integration – which brings with it new talents, new skills, new colors, new languages, and a new mentality — was a winning proposition for everyone in his city."
At a national level, Poland has not welcomed refugees, but as mayor of Gdansk, Adamowicz took a different stance. In 2016, after meeting with Pope Francis, he launched a program to ensure refugees and migrants would be included in all sectors of society, including education, labor and health. The program became known as the Gdansk model, and was emulated by several other Polish cities.

With a population of 460,000, Gdansk is home to around 25,000 refugees and migrants, including a number from Rwanda and Syria, according to the UNHCR. As part of an EU-agreement, Poland agreed to take over 6,000 asylum seekers for relocation from Greece and Italy. It also pledged in 2015 to resettle 900 vulnerable refugees from countries such as Lebanon and Jordan.
Last year, Adamowicz told the UNHCR that, despite receiving hate mail and no extra funding from central government, accepting more refugees was "our policy, our responsibility, our risk."
"Gdansk is a proof that cities need migrants to develop," Adamowicz wrote in his introduction to the Immigrant Integration Model. "Now is the best time to address the challenges of migration and use its potential... We want to give immigrants a chance for a dignified and normal life here. We want to fight exclusion."
President Duda has announced a day of national mourning to coincide with Adamowicz's funeral.