More than 40 migrants rescued, one girl dead in Aegean Sea

The Turkish coastguard has reportedly rescued 46 migrants from a sinking rubber boat in the Aegean Sea. The body of a young girl was recovered.

The migrants were picked up off the western Turkish district of Kusadasi, near the Greek island of Samos, on Tuesday. They were traveling on a rubber boat when they experienced distress at sea.

According to its statement, the Turkish coastguard received an alert about stranded migrants at 4:45 in the morning and deployed three boats and a helicopter to the area. They found the migrants‘ boat already half-submerged, according to dpa.

The coastguard's statement did not mention the nationalities of the rescued migrants, but the private Turkish news agency DHA reported that they were from Iraq. According to DHA, several survivors - including women and children - were taken to hospital.

One of the survivors, Muhammed Fadil, whose daughter died in the shipwreck, spoke to the press at the Kusadasi State Hospital. 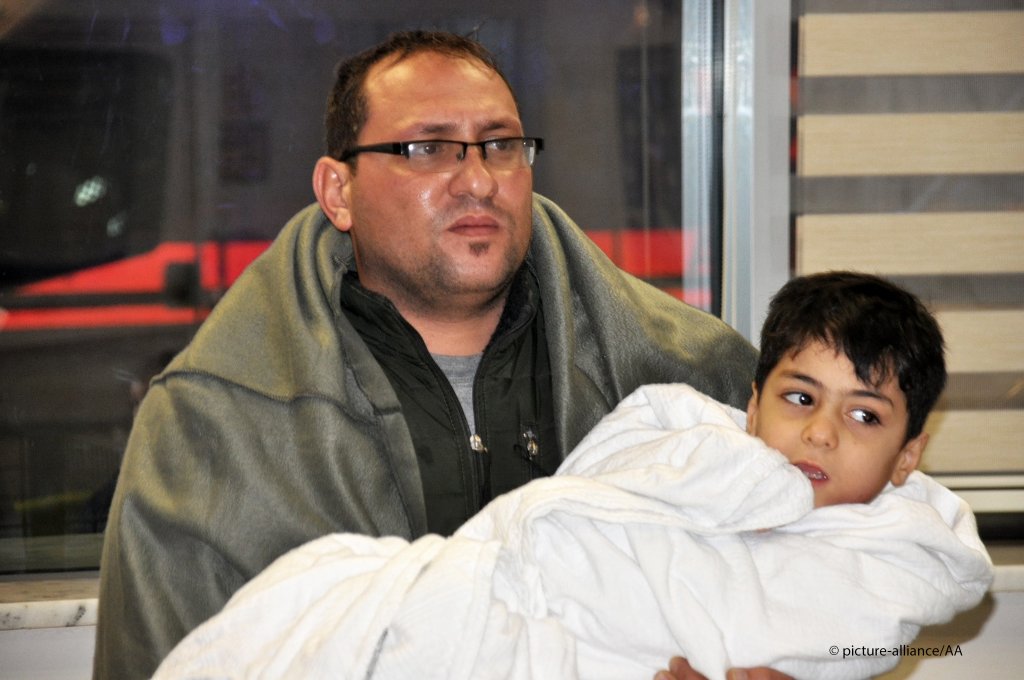 Turkey is home to the world’s largest refugee population. It hosts an estimated 142,000 Iraqi refugees, as well as more than 3.5 million Syrian refugees and 172,000 people who fled Afghanistan, according to the UN Refugee Agency (UNHCR). Migrants continue to use Turkey as a departure point as they try to reach EU member state Greece, but fewer crossings have been registered since the EU-Turkey deal went into effect in March 2016. As part of the deal between Turkey and the European Union, Syrian refugees can be returned to Turkey from the Greek islands. In return, EU member states take in refugees who are living in Turkey.

Meanwhile, Cyprus is seeing an increase in migrant arrivals. According to Andreas Christofi, head of the Cypriotic migration ministry, more than 1000 people from Syria, Lebanon and Turkey cross over to the island state each month. "In relation to its population, our country is in first place when it comes to migrant arrivals in the EU," he told the Cypriotic TV channel Alpha. In 2018, 7760 people applied for asylum in Cyprus – 70 percent more than in 2017.