Is Turkey trying to get rid of Syrian refugees?

As public hostility grows towards Syrian refugees in Turkey, the authorities there have been accused of forcing Syrians back across the border. If the accusations are true, Turkey is breaching international law and jeopardizing its relationship with the European Union.

By United Nations estimates, Turkey is currently sheltering 3.6 million Syrians at a cost to the government of about €25 billion. This makes Turkey the most generous host in the world for refugees.

While Turkey has been praised for showing remarkable resilience in absorbing so many Syrians, there are many indications that host community hostility towards the newcomers has been growing steadily for some time. Especially in cities - Istanbul, Ankara and Izmir - violence against refugees is increasingly common. Perceptions that Syrians represent competition for public services and employment continue to cause resentment. In one survey by the Center for American Progress, eighty percent of people thought Ankara was spending too much money on refugees. 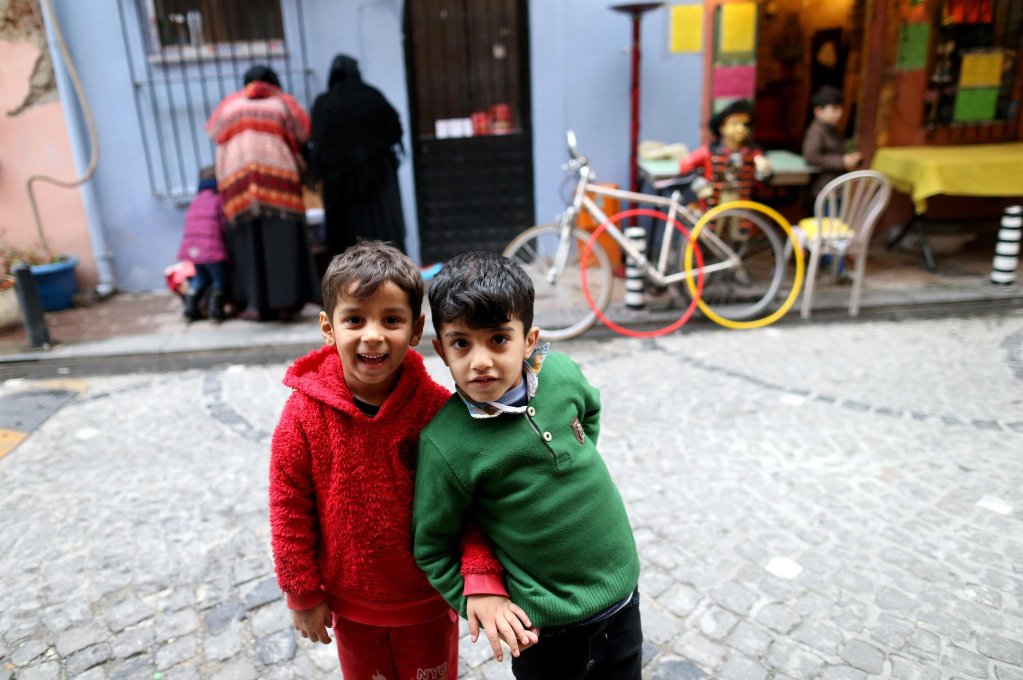 Such grievances go hand in hand with the government's failure to develop a strategy for the integration of Syrian refugees. Ankara has avoided this for two main reasons, the Brussels-based think tank The International Crisis Group says Turkey would like to encourage Syrians to return home as soon as possible, and it fears there would be a public backlash if it appeared to accept that the Syrians were staying permanently.

Domestic pressure has forced President Erdogan to do a complete policy flip, according to Der Spiegel's Istanbul correspondent, Maximilian Popp. Having been committed to protecting Syrians fleeing the war, now "Erdogan would like best to be rid of the refugees as fast as possible," Popp writes.

The signs that Erdogan was getting tougher on Syrians trying to enter Turkey began ahead of the presidential elections last year, according to the Arab news website, Al Bawaba. Syrians used to be able to visit across the border, now they are stopped by a wall. The Turkish regime has simply closed a number of refugee camps ostensibly to save money, Maximilian Popp claims, while many Syrians are also being encouraged to return home voluntarily, or coerced into signing statements saying they are returning of their own free will.

Are Syrians being deported and refused registration? Yes!

Legally, Syrians who are registered in Turkey receive temporary protection, which entitles them to support and ensures that they cannot be deported. But claims have been made repeatedly against the Turkish authorities that they are carrying out deportations back to Syria. Reports of people being forcibly returned are "not uncommon",  Al Bawaba  says.

Human Rights Watch last year also accused Turkey of refusing to register some Syrian refugees, making it easier to deport them. In a new report this week, it claims once again that registration of Syrians has been suspended in a number of provinces and that "Turkish security forces intercepted and deported thousands of newly-arrived Syrian asylum seekers at the Turkey-Syrian border during the year."

The Human Rights Association, an NGO in Ankara, said in 2016 that the temporary protection granted to Syrians in Turkey “provides no effective access to social and economic rights, and is regularly marred by cases of arbitrary detention, obstacles to free movement within Turkey, border obstructions and deportations back to Syria.”

In its report on Turkey 2017/2018, Amnesty International referred to "continued reports of forced returns of refugees and asylum-seekers, including to Syria." As well as "persistent risks of forcible return" faced by Syrians.

Are Syrians being deported and refused registration? No!

An investigation by The Guardian last October carried a denial from Turkey's Migration Directorate: "According to the prohibition of refoulement, Syrians in our country are not deported in any way," the Directorate wrote in a letter to the newspaper. It has yet to respond to InfoMigrant's request for information about the present situation.

The Association for Solidarity with Asylum Seekers and Migrants (SGDD-ASAM), which works with the UNHCR in Turkey, responded to the question whether the authorities were deporting Syrians with this statement: "Our offices that are directly active in the field and our mobile teams have stated that there is no tangible information about this matter. However, it is known that human traffickers speculate about such news in order to create misperception."

A path of danger

Whether deportations are real or only rumored, it is people smugglers who would benefit. The more Syrians are desperate to avoid being forcibly returned, the greater the demand for smugglers to help them get to Europe instead. This creates even more of a problem for Ankara, since under its agreement with the EU, Turkey is supposed to make sure no migrants enter the EU irregularly across its borders. For this, Europe gives billions in aid so that Turkey can support its refugees.

The other problem for Turkey - if it is deporting Syrians - is that it would be breaking the law against refoulement – sending refugees back to war zones. This could also damage its relationship with Europe and the wider international community.