'Parole parole parole?': Words fly as debate heats up over migration in Italy

The debate over migration in Italy intensifies after at least 170 people are feared dead in the Mediterranean and nearly 400 rescued migrants were taken back to Libya this weekend. Interior Minister Matteo Salvini says he is sticking to his closed-door policy, despite criticism from the left, which he dismisses as 'parole parole parole' (words, words, words).

"Alarm phone: 10 am this morning, we were alerted by 100 people on a boat crossing the Mediterranean. […] Between 11.40 and 12.20 people were increasingly panicking. […] At 12.20 we received a new position. […] One child is unconscious or deceased. The boat is taking in water. […] Email to MRCC #Rome, Rcc #Malta and JRCC #Libya at 13.10, informing and asking who is in charge of coordination. We request urgent assistance for those in distress."

Reading Sunday's successive tweets from Alarm Phone, a voluntary organization which provides phone contact for migrants trying to cross the Mediterranean, is to feel the anxiety and distress build in real time. Suddenly, it is as if you too are on a boat drifting 60 sea miles off the Libyan coast.

Another boat with 100 people asking for help in the Mediterranean https://t.co/Dc2VrYfx8K

In several incidents in the Mediterranean this weekend, an estimated 170 migrants may have drowned and nearly 400 migrants were taken back to Libya after various search and rescue operations, as AFP reports.

In the case of the boat carrying 100 people mentioned by Alarm Phone, the Libyan authorities gave instructions to a commercial ship sailing under a Sierra Leonean flag to pick up the migrants.

Alarm Phone expressed frustration several times at the way the Maltese and Italian authorities apparently push migrants back to the Libyan coast guard, with whom they apparently failed to make contact.

This exact policy, however, is being trumpeted by Italian Interior Minister Matteo Salvini as he made his way around Italy, talking on stages in town squares and defending Italy’s 'closed port' policy.

Speaking from Vasto (Chieti) in Italy's central Abbruzzo region ahead of regional elections to be held there on February 24, Salvini said Sunday: "Some journalists asked me 'Don’t you feel responsible for what is happening?' [presumably referring to the rescues and deaths in the Mediterranean this weekend] and I answered: 'No.' Because the less people get on those boats, less people die. […] Italian ports will remain closed."

He added: "Just look, last January 2018, under a Democratic party government and a democratic party Interior Minister, 2700 people had already arrived. This year, we have got that number down to 155 people. I intend to carry on exactly as I have been doing." The people in the square applauded.

Speaking to the Italian center-left leaning newspaper Corriere della Sera, UNHCR Commissioner Filippo Grandi made clear he does not share that attitude. He calls Salvini’s concentration on reducing arrivals a "tragic error. We shouldn't be saying that a government is 'the best' if it manages to let in the least number of people if they are not taking any other action [to address the problem of immigration]."

Italy not favorable to migrants

Salvini, however, seems to be catering to the majority. A survey published this week by the World Economic Forum WEF ahead of its conference in Davos showed that out of 29 countries surveyed, Italy had the least positive outlook towards immigration.

More specifically, only 30 percent of Italians thought that new immigrants are "mostly good" for their country, according to the WEF. That is compared to an average of 57 percent across all countries and an average across western Europe of 46 percent. In France, the figure was 39 percent positive, in Spain 58 percent and in Germany 48 percent. In the UK, it was at 60 percent and in the US, currently governed by anti-migrant Donald Trump, it stood at 63 percent.

Matteo Salvini’s Twitter feed broadcasts to the 70 percent with a negative outlook on migration in Italy. Over the weekend,  he tweeted videos of his speeches and TV appearances as well as digs at his left-wing critics. He dubbed critics "goody-two-shoes reds" calling their points "a broken record."

In amongst the political messages, Salvini also tweeted a picture of himself and a plate of fresh pasta, wishing his friends a "good and sweet Sunday," accompanied by a smiley emoticon.

'Eating whilst others drown'

That photo prompted the left-wing and pro-immigration mayor, Domenico 'Mimmo' Lucano, currently suspended from his post during investigations in his running of the Calabrian town of Riace, to criticize Salvini: "The big criminals are not those who are trafficking migrants but an indifferent government and a Minister of the Interior who takes pictures as he eats whilst people die in the sea…Italy has never sunk so low."

Lucano wasn't the only critic. The doctor and founder of the medical charity Emergency, Gino Strada, was a guest on the popular private radio station Radio Capital on Monday, January 21. Talking to presenters Jean Paul Bellotto and Massimo Giannini, he declared himself shocked by the "total inhumanity" regarding immigration. Strada accused Salvini of not just "indifference" but of being criminal.

Salvini's response to most of his critics is to send kiss emoticons or to say that the left-wingers like to throw around "parole parole parole" (words words words) whereas he was dealing in facts.

'People are not potatoes'

Strada encouraged people to look at the facts and stop debating. "The priority should be to save lives, not to kill people. The result of this policy is that people, a great many people, are dying."

In his opinion, not only Italy but the whole of Europe is responsible for "the barbarism" that is going on in the Mediterranean. He reminded listeners that "human beings are not a sack of potatoes which can be sorted and you take 10 or 15. Have we gone mad? We are going back in time, this idea that Europe should be closed behind a wall has a very clear name. The idea of fortress Europe is a Hitleresque idea." 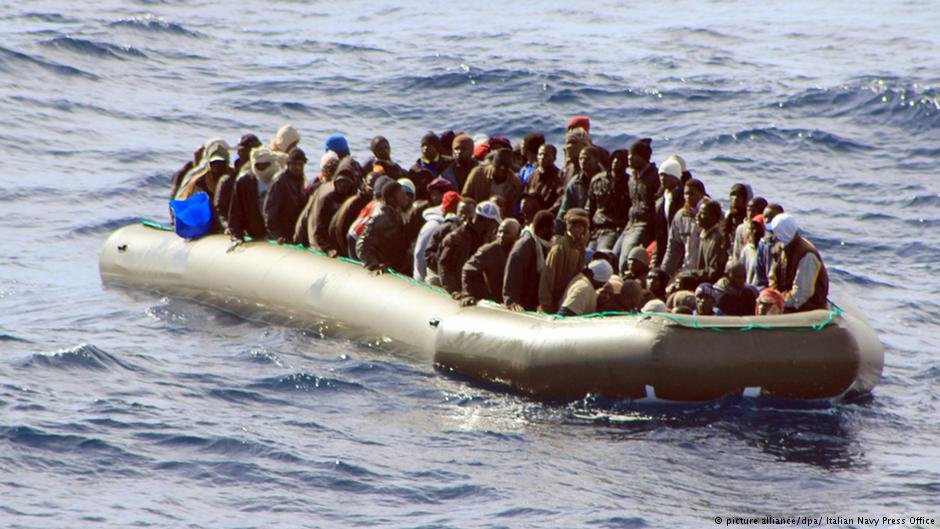 Pope Francis also said at Sunday Mass in the Vatican that he would pray for those in difficulty in the Mediterranean. "I will think of the 117 victims who drowned whilst they were striving for a better life," he said.

Gino Strada said he agreed wholeheartedly with the Pope and expressed the hope that more people would sit up and listen to him. He called for resistance and civil disobedience. "Lots of European governments should be hauled up in an international court and tried for crimes against humanity."

Strada ended his interview with a sad judgment on the whole of Europe: "All this talk about Europe being liberal and democratic has all gone up in smoke in the presence of a few rubber dinghies," he concluded. "We all bear a huge responsibility. We cannot continue to tolerate that governments be allowed to kill people or watch them drown. We voted for these people, we have a responsibility [to change things.]"